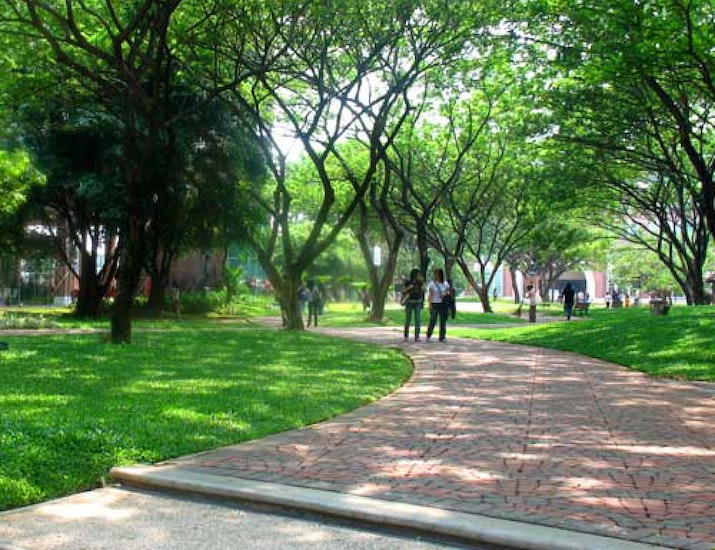 Sitting cross-legged in the dirt beneath a canopy of jungle vegetation, Nasruddin Anshory, with his Koran open in front of him, was telling a group of visitors about their ordained responsibility to protect the environment. "As a Muslim," he said, "you have to do something." His visitors were a mix of people from universities and mosques all over the island of Java, seeking to broaden their understanding of Islam. Off to the side were several students from Gajah Mada University nearby, eagerly taking notes in preparation for their dissertations, all of which will focus on promoting conservation through Islam. Nasruddin founded Ilmu Giri, an Islamic school devoted to environmentalism, five years ago. But in the past couple of years, as global awareness of climate change and related problems has increased, interest in the school has swelled. During the Islamic holy month of Ramadan last year, Nasruddin said, thousands visited Ilmu Giri. At the United Nations conference on global climate change in Bali last December, Nasruddin was something of a star. One local newspaper called him a "hero." His school, however, represents just the latest manifestation of an important strain within Islamic education in Indonesia. Koranic environmental principles form the core tenet of many schools here. This belies a common perception abroad that pesantren, as Islamic boarding schools are called in Indonesia, are mostly extremist breeding grounds. Only a few hours away from Ilmu Giri is Pesantren al-Mukmin, some of whose graduates are associated with the Southeast Asian terrorist network Jemaah Islamiyah. But Ahmad Suaedy, executive director of the Wahid Institute, an organization based in Jakarta that promotes peaceful and pluralistic Islam, said pesantren are more often than not involved in positive social and economic development. Environmentalism, he said, is just the most recent pesantren cause. "Environmental awareness is growing more and more among the pesantren community," he said. "This is partly because there is more attention to the environment in Indonesia in general and the recent United Nations conference in Bali." The first environmental pesantren in Indonesia, however, was founded long before the United Nations or anyone else took notice of climate change. On the island of Madura off northeastern Java is Pesantren Guluk-Guluk, also called Al Nuqayah, which was established in 1887. Its founder, Muhammad Syarqawi, who had traveled to Mecca, originally opened the school to spread Islam on an island that was then a lawless place, often a violent one. He soon concluded that the fundamental problem was the small island's devastated environment. It was desperately dry, and fresh water was scarce. So Syarqawi shifted his focus to teaching the island's villagers, with the help of the Koran, about conservation. The Koran, Suaedy says, contains numerous references to environmental protection, including the line: "Don't do destruction upon this earth." At one point, the Koran equates a human life with that of a tree: "Do not kill women, elders, children, civilians or trees." Saleem Ali, associate dean of graduate studies at the Rubenstein School for the Environment at the University of Vermont, says Islamic environmentalism can be traced back to the religion's origins in the seventh century. "The advent of Islam as an organized religion occurred in the desert environment of Arabia, and hence there was considerable attention paid to ecological concerns within Islamic ethics," he said. "There is a reverence of nature that stems from essential pragmatism within the faith." Guluk-Guluk, which is coeducational and whose students and range from elementary to university age, has won several prestigious local and international awards, yet it remained the only one of its kind for decades. Attendance in the past 20 years, however, has ballooned to more than 6,500 from 1,200, and a number of its graduates have gone on to open schools all over Indonesia. But it is the much smaller Ilmu Giri near Yogyakarta, in central Java, that is drawing the most attention these days. That might owe something to Nasruddin's sprawling network of friends across the globe. He is a former researcher for several private organizations, work that took him to more than 60 countries. He also produces television soap operas and is an award-winning poet. His writings are mostly protests against government neglect of economic and social needs. "It makes me tremble to see average Indonesians suffer as their government ignores their problems," he said in an interview at the school. The school itself resembles a sort of tiny outdoor summer camp, complete with cabins and a makeshift volleyball court, in a hillside hamlet made up mostly of farmers. The few buildings, including the small mosque, are open structures of bamboo, but many of the discussions take place outside anyway. Trees seem to be slowly swallowing up the buildings. Chickens, cows and other animals roam freely. In the school's first days, he taught only adults, mostly farmers from the vicinity. He gave them seedlings, and within several years hillsides that had been stripped by logging were green. Last year, Nasruddin organized the planting of another 1,000 trees. "I remember stories of landslides destroying crops and houses," said Wardoyo, a young Ilmu Giri student who grew up in the same village. "Now, if we have to cut down one tree, we plant two more." Source: NewYorkTimes Thanks irfani for sharing this good news with GNFI via Twitter! 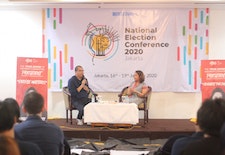 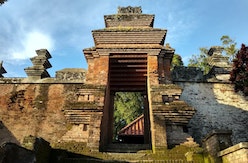 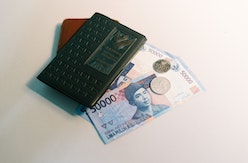 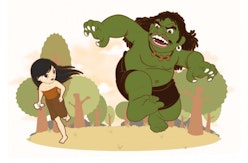