The Tale Of The Two Rising Economic Powers 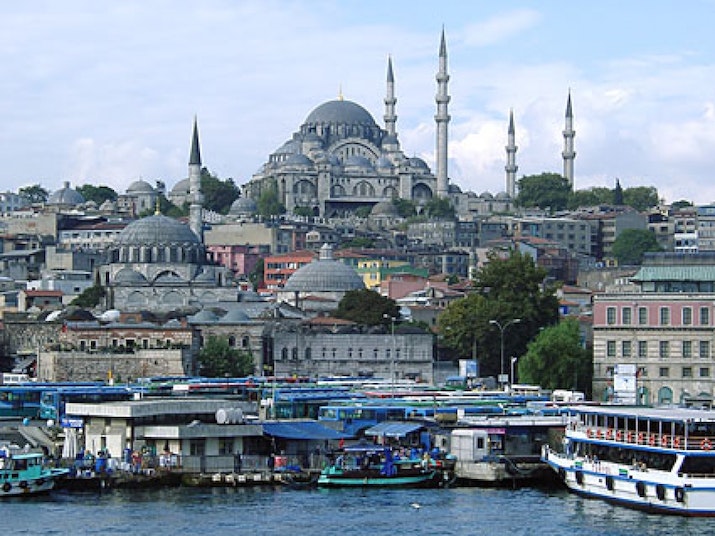 The Tale Of The Two Rising Economic Powers

In a world of severe economic recession, where even highly developed economies are desperately searching some way out and to regain their past glory, few countries are doing their best not only to minimize contagion effect of economic melt down but achieve new milestones in their socio-economic sectors. Two of such countries are Turkey and Indonesia. Turkey suffered from hyper inflation of over 100 per cent in 1998. But now, with a GDP of about one trillion dollars (PPP), per capita of over $12000, total exports of 142 billion dollars, and international reserves of 83 billion dollars (2008) it is posed to become a member of BRIC countries.

Almost similar is the history of today’s Indonesia. Over 30 years of worst dictatorial rule and plundering of its resources gave rise to may malaise including worst economic melt-down, flaring ethnic conflicts and separation movements in many parts of the archipelago. Now, under the present leadership of President Susilo Bambung Yudhoyono, Indonesia is again visible in the rudder screen of fast growing economies. Indonesia’s GDP is approaching one trillion dollars (PPP) with GDP per capital at $ 4000, international reserves at about $ 52 billion, and exports at $ 137 billion in 2008. Brief details are given below:- 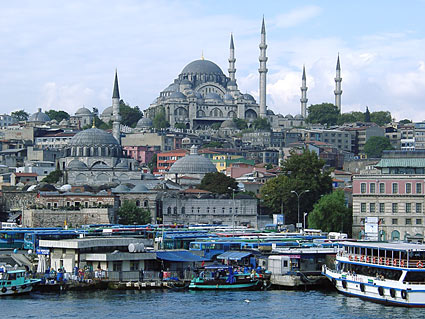 The landmark of Turkey, the Blue Mosque

Turkey: Modern Turkey was founded in 1923 from the Anatolian remnants of the defeated Ottoman Empire by its national hero Mustafa Kemal Ataturk, who was later honoured with the title Ataturk or “Father of the Turks”. Under his authoritarian leadership, the country adopted wide-ranging social, legal, and political reforms. In 1964, Turkey became an associate member of the European Community. Over the past decade, it undertook many reforms to strengthen its democracy and economy. Over the years, Turkey has achieved remarkable milestones in its socio economic sectors. In a short period of two years its GDP (PPP) has increased from $ 854 billion in 2006 to $ 907 billion in 2008 and its GDP per capital (PPP) has increased from $ 11600 in 2006 to $ 12000 in 2008 or a jump of $ 400. Its GDP composition by sector is: agriculture 8.5 per cent, industry 28.6 per cent and services 63 per cent. It has a labour force of over 23 million with unemployment rate of 7.9 per cent (2008est). Presently 20 per cent of its population are below the poverty line. Turkey has overcome many of her economic woes of the late 1990s . Inflation, which had remained steady at 75 per cent in the first half of 1997, accelerated to more than 100 per cent by the beginning of 1998, playing havoc with Turkeys’ macro-economic stability and employment level.

Turkey’s dynamic economy is a complex mix of modern industry and commerce along with a traditional agriculture sector that still accounts for about 30 per cent of employment. It has a strong and rapidly growing private sector, yet the state remains a major participant in basic industry, banking, transport, and communication. The largest industrial sector is textiles and clothing, which accounts for one-third of industrial employment. However, other sectors, notably the automotive and electronics industries are rising in importance within Turkey’s export mix. The economy turned around with the implementation of economic reforms, and in 2004 GDP growth reached 9 per cent, followed by roughly 5 per cent annual growth from 2005-07. Due to global contractions, annual growth is estimated to have fallen to 1.5 per cent in 2008. Inflation fell to 7.7 per cent in 2005 – a 30-year low – but climbed to over 10 per cent in 2008. The strong economic gains from 2002-07, were largely due to renewed investor interest in emerging market of Turkey. Further economic and judicial reforms and prospective EU membership are expected to boost foreign direct investment. The stock value of FDI currently stands at about $ 85 billion per annum. In 2007 and 2008, Turkish financial markets weathered significant domestic political turmoil. Economic fundamentals of Turkey are sound, marked by moderate economic growth and foreign direct investment. Like may other countries Turkey is also facing problem in 2009 but its strong economic fundamentals and a competent and committed government would overcome temporary shocks. Its growth momentum has already picked up and July’s exports were recorded the highest in 2009. The automotive sector accounted for $ 1.715 billion exports making it the country’s biggest exporter.

Indonesia: The Republic of Indonesia is a country in Southeast Asia and Oceania. Indonesia comprises 17,508 islands, and with an estimated population of around 237 million people, it is the world’s fourth most populous country, and has the largest Muslim population in the world. The Indonesian archipelago has been an important trade region since at least the seventh century, when the Srivijaya kingdom traded with China and India. Indonesian history has been influenced by foreign powers drawn to its natural resources. Muslim traders brought Islam, and European powers fought one another to monopolise trade in the Spice Islands of Maluku during the Age of Discovery. Indonesia secured its independence after World War II. Indonesia’s history has since been turbulent, with challenges posed by natural disasters, corruption, separatism, a democratisation process, and periods of rapid economic change. It was plagued with high degree economic chaos starting in the mid 1990s and continued till the present incumbent was elected as President by popular votes in 004.

Across its many islands, Indonesia consists of distinct ethnic, linguistic, and religious groups. The Javanese are the largest and most politically dominant ethnic group. Indonesia has developed a shared identity, defined by a national language, ethnic diversity, religious pluralism within a majority Muslim population. The country is richly endowed with natural resources, yet poverty was a defining feature of contemporary Indonesia. Indonesia, has made significant economic advances under the administration of President Yudnoyono. Indonesia’s debt-to-GDP ratio in recent years has declined steadily because of increasingly robust GDP growth and sound fiscal stewardship. The government has introduced significant reforms in the financial sector, including in the areas of tax and customs, the use of treasury bills, and capital market supervision.

In 2007, Indonesia’s economy was one of the biggest economies in the ASEAN region with a GDP worth $ 863 billion (PPP) and a GDP growth of roughly 6 per cent, GDP increased to $ 916 billion in 2008. In the 1997-98 East Asian Financial Crisis, Indonesia was severely hit together with South Korea and Thailand. The Rupiah dropped from Rp.2,000 per US dollar to Rp. 18,000 and the Indonesian economy shrunk by almost 14 per cent. Many hostile political pundits even started dumping Indonesia as falling apart and disintegrating. The Government of Susilo Bambang has effectively stirred the country out of the rough water.

Since Susilo Bambang Yadhoyono was first elected president in 2004, Indonesia’s real gross domestic product has averaged around 6 per cent annual growth with per capita GDP at $ 3900 (PPP) in 2008. In 2008 only four of East Asia’s 19 economies achieved rates higher than Indonesia’s 6.1 per cent (Vietnam, Mongolia, China and Macau). In the first quarter of 2009, while the recession-hit economies of Malaysia, Singapore and Thailand, Indonesia’s grew by 4.4 per cent.

Indonesia is handling is economy in an efficient manner. The government has predicted economic growth of 4 to 4.5 per cent this year, third only to China and India in the G-20 club of rich and developing countries. Inflation would remain low at about five per cent in 2010. Strong domestic demand in the country of 237 million people, as well as its relatively low exposure to export markets hit hard by the global recession, have insulted Indonesia from the global crisis. It is rapidly developing as a economic power house in southeast Asia.

Conclusion: The economic condition of Turkey was much more uncertain and volatile during the late 1990s than perhaps what we are witnessing in Pakistan today. Similarly Indonesia a country of more than 17 thousand scattered Islands, with diverse ethnicity culture and language was in a very bad shape, despite being a country of huge natural resources. The present government has stirred the country out of trouble water. The government and the people of Indonesia have shown immense patriotism, unity and determination for a single agenda of national prosperity. They have defeated terrorism and separatism and now posed to become a member of higher middle income group of countries. Pakistan enjoying some unique advantages including geographical location and endowed with dedicated manpower and huge but yet mostly unutilised resources could do the same as being done by Turkey and Indonesia with renewed commitment and guidance of its leadership and people.