Most Sabahans view Indonesians as just labourers or household servants, oblivious to the fact that its Borneo neighbour is one of Indonesia’s richest provinces. By Karim Raslan, published in The Star I COMPLAIN about our politicians talking too much, but I’m becoming just as much a culprit. I seem to be delivering speeches all the time. So, first off, my apologies for being a rank hypocrite. Anyhow, last week, I was in Kota Kinabalu chairing a session on the business opportunities that exist between Sabah and the Indonesian province of East Kalimantan. I had been invited (along with some Indonesian guests) by the government agency Sedia, which runs the Sabah Development Corri­dor. While the talk was lively, I was struck once again by how little Malaysians know about Indonesia. Whereas all the Indonesians present had visited Kota Kinabalu, very few of the Sabahans had any idea about Indonesian locales like the East Kalimantan oil and gas hub of Balikpapan or the provincial capital of Samarinda.

Most Malaysian businessmen are far too obsessed with Jakarta. At the same time, they tend to rely on the support of powerful political figures. Sabahans also tend to think of themselves as being very isolated. Nevertheless, I’ve always felt that the “Land Below the Wind” is well placed to become a superb hub for the eastern archipelago, encompassing Kalimantan, Sulawesi, Mindanao and the Maluku islands. Unfortunately, most Sabahans view Indonesians as sources of labour. Issues of illegal immigration have complicated matters further, making Sabahans very wary when dealing with Indonesia. Yet, East Kalimantan, Sabah’s immediate neighbour, is one of the republic’s richest provinces. With a GDP of over US$38bil and a population of four million, it also has the highest GDP per capita in the republic – US$8,500 (RM27,289) to US$9,000 (RM28,895). These startling figures reflect the province’s vast natural resources: coal, oil palm, petroleum and gas. Moreover, the province’s largest cities – Balikpapan and Samarinda (both with populations of over 650,000) – are booming metropolises. Indeed, Samarinda has become a mini “Ruhr-on-the-Mahakam” with unbelievable amounts of coal being mined within the city limits. Decentralisation policies have been a game-changer in Indonesia. Jakarta no longer dominates the provinces. Indeed, there is no one key to doing business in the republic. Moreover, as Malaysian oil palm planters know, the provinces (especially those on the resource-rich islands of Kalimantan and Sumatra) offer enormous opportunities. Indonesians are also accumulating real spending power. For example, Balikpapan’s wealthy inhabitants travel regularly to Jakarta (there are over 15 flights daily) and Sura­baya (another 12 daily). While there are flights to Singapore, there are none to either Kuala Lumpur or Kota Kinabalu. This is because most of East Kalimantan’s inhabitants don’t yet realise that Kota Kinabalu is such a pleasant and liveable city. The lack of a direct flight is a major hurdle. The fact that this situation persists even though Indonesia is the largest source of visitors to Sabah is doubly ironic. Still, this situation may change soon. Irene Charuruks, Sabah’s feisty Tourism Promotion chief disclosed in the Sedia event that direct flights between Sabah and Eastern Indo­nesia are being planned – hopefully to take off by the end of the year. Sabah stands to gain tremendously if it can tap East Kalimantan’s economy. By way of comparison, Penang has benefited enormously by leveraging off North Sumatra’s growth. Indeed, it is estimated that Penang’s private hospitals derive some 30%-40% of their bed occupancy from Indonesians. The same goes for property and private education. But the strongest indication I had of the rich potential that exists in linking Sabah with Kalimantan was when I chatted with one of my fellow Sedia guests, Pak Zainal Muttaqin. Unlike most journalists, Pak Zainal was a man of few words. Still, he thoroughly enjoyed himself in KK. Indeed his standard retort – said with a tell-tale twinkle in his eye – was “sikit sikit, boleh-lah, Pak Karim”. However, his small build and humble style is entirely deceptive. As a director of one of Indonesia’s largest media organisations, the Jawa Pos Group (with a combined daily circulation of well over 1.5 million newspapers), the Balikpapan-based Pak Zainal is also a savvy businessman. Having not visited Kota Kinabalu for many years, Pak Zainal was very impressed by the city’s progress. He believes his compatriots will enjoy the city’s safe and friendly ambience – its many restaurants, cafes, shops, beaches as well as Mount Kinabalu looming behind the city. Indeed, he kept saying how lengkap (complete) the city was with all its amenities. Still, there are many misconceptions that separate us from our neighbours and while formal meetings and bilateral agreements are important, we need greater trust and fellowship to bring us together. In this respect, credit is due to Sedia and it’s CEO Datuk Dr Yaakub Johari for convening the session and helping to create a bridge of understanding. It will take time, energy (and direct flights) to develop it further, and I’m very honoured to have been involved, albeit in a small (and noisy) manner. Indeed, I’ll be continuing in similar fashion this week as I’ve been invited by a number of financial institutions to speak on Indonesia in Kuala Lumpur. As Pak Zainal would say, “sikit, sikit boleh-lah”. 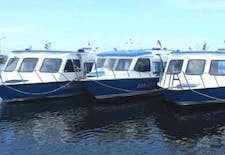