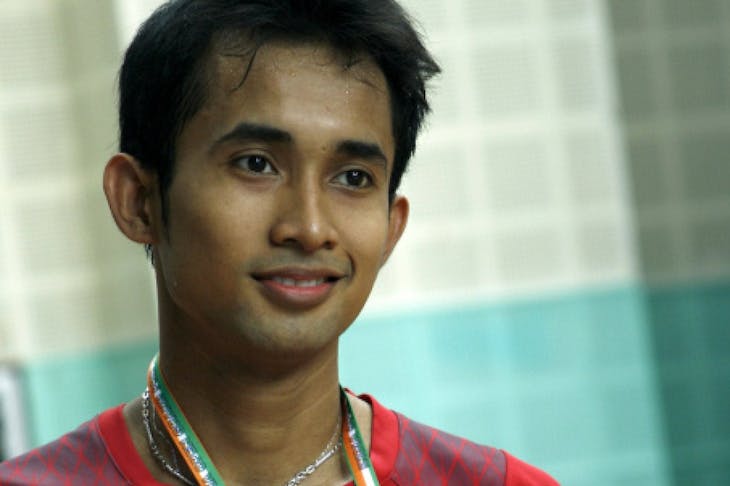 Top-seeded Rumbaka Hayom Dionysius of Indonesia overcame breathing problems to beat the unseeded Avihingsanon Suppanyu of Thailand 14-21, 21-15, 21-12 to clinch the men's singles title in the India Open Grand Prix badminton championship at KVBR Stadium on Sunday. The 53-minute men's final was absorbing with Suppanyu (World No. 155) not overawed by the fact that he was up against the World No. 19 player. The 21-year-old Suppanyu counter-attacked Rumbaka with a pleasing game at the net. His cross-court strokes too saw the Indonesian rattled. Rumbaka even conceded many negative points. But in the second game Rumbaka came up with some good smashes and also his returns were far more accurate. Engaging Suppanyu in long rallies and interspersing them with delectable net-dribbles, Rumbaka looked a much better player. If Suppanyu, playing in his maiden Grand Prix final, had intentions of re-discovering his first-game form, it was not to be. Rumbaka, despite suffering from flu, soon unleashed a series of cross-court smashes which brooked no return. The match-winning point – a body smash which Suppanyu returned into the net – was perhaps symbolic of the controlled aggression from the Indonesian who picked his first big title of the year.

“It was not an easy match. I was not too well, so did not play a very fast game. Despite that, I am happy to win the tournament,” said Rumbaka, who went down to Chetan Anand in the final of the same tournament last year. The men’s doubles title went to Mohammad Ahsan and Bona Septano of Indonesia after they downed top seeds Teik Chai Gan and Bin Shen Tan of Malaysia 19-21, 21-15, 21-14 a thrilling three-setter. News Sources : deccanchronicle, thehindu Photo Source : badzine