A Film About Indonesia in Sundance Film Festival 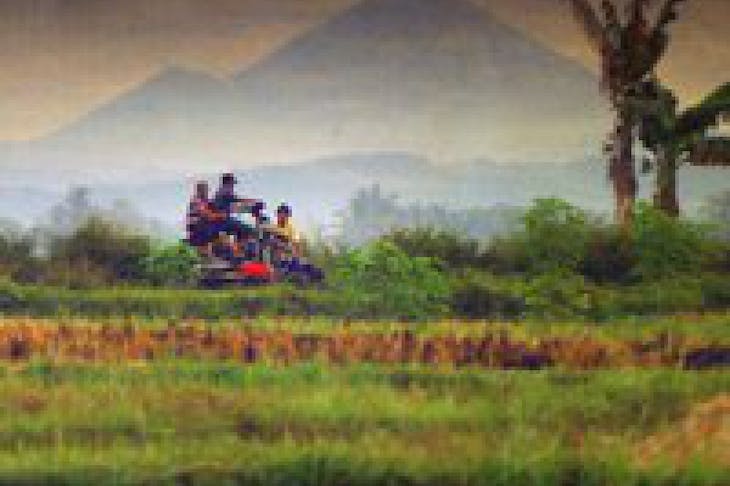 A Film About Indonesia in Sundance Film Festival

Dutch director Leonard Retel Helmrich pursues his exploration of Indonesia’s social and economic revolution, in the last part of a trilogy about a Jakarta family shown at the Sundance Film Festival. “Position Among the Stars,” released a decade after the first installment, is in competition at the prestigious independent movie festival, which opened on Thursday in the western US state of Utah.  It follows the day-to-day travails of the Sjamsuddin family, whom the Dutchman introduced in “The Eye of the Day” in 2001 and took up again in “Shape of the Moon,” which won the jury prize at Sundance in 2005.

Retel Helmrich, born in the Netherlands to a Dutch father and an Indonesian mother, was invited into the Sjamsuddin family home in 1998, when he was working on a film about the popular uprising which brought down Suharto. “I noticed that this family concentrated what was happening in the whole country. And I thought that this was a more a human story,” he said. So he decided to plunge into documenting the daily life of Ramidjah, a Christian grandmother living in a Jakarta slum with her two Muslim convert sons and her granddaughter Tari. A few years had passed since he filmed the Sjamsuddins for “Shape of the Moon,” when he decided to go back.  “One day I learned that Tari wanted to go to Jakarta to finish high school … I thought, that’s the moment,” he said. This time he spent 14 months with the family, following the daily troubles of Tari’s father Bakti and his wife, who keeps the household going by selling food she makes on the doorstep, and his welfare handout-blagging brother Dwi. But the beating heart of the movie remains Ramidjah, the matriarch who looks on, powerless at the repeated failures of her sons. The only hope for the family seems to be Tari. But at 17 years old, she is more interested in her new mobile phone than the fate of her family.  “She really represents the potential of Indonesia at the moment. The country itself is very young. It’s a young democracy, and people expected that. They wanted more democracy, get richer.” The film also broaches the changing role of Islam in the world’s largest Muslim-majority country.  “In Indonesia, Islam was always very moderate and very open. Now it’s really changing.” Exploding with energy, the film features Retel Helmrich’s signature constantly moving camera work, and seems to balance between fascination and concern for a country in the midst of great change, hungry to develop.  The final word of the film goes to Ramidjah who, after pawning her worldly goods to pay for Tari’s schooling, returns to her Javan village, hoping finally to find her “place among the stars.” “Position among the stars” by Dutch director Leonard Retel Helmrich, about the daily life of an Indonesian family in a Jakarta slum, won a Special Jury Prize, as did “Tyrannosaur” by Briton Paddy Considine. News Source : The Jakarta Globe Photo Source