The Most Filmed Island in the Archipelago 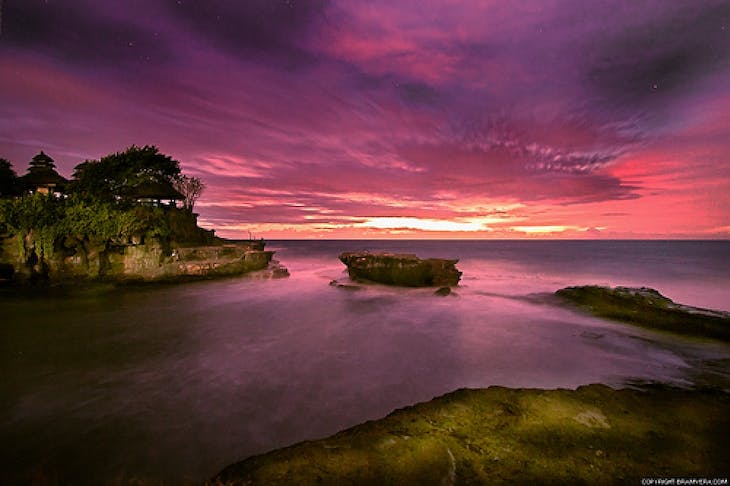 The Most Filmed Island in the Archipelago

Bali is arguably the most filmed island in the archipelago.Since 1926, hundreds of documentary films about the island have been produced by filmmakers from various corners of the world. W. Mullens’ Bali-Leichenverbrennung and Einascherung einr Furstenwitwe, a 16 and a half minute piece on cremation, and Bali-Sanghijang und Ketjaqtanz, a five minute work on sacred dances, are two of the earliest documentary films from Bali. During the pre-independence period alone, at least 14 documentary films on Bali were produced, including The Island of Demons (1931), Goona Goona, An Authentic Melodrama (1932), Tropical Nederlands (1935), Legong (1936), Tenze auf Bali (1937), An East Indian Island (1938), Bali, The Lost Paradise (1939) and Dance of the Eyes (1940). “The uncertainty and unstable security situation during and in the years following World War II badly affected film production, including the documentary production on Bali,” Agung Bawantara said, adding that once the situation returned to normalcy, filmmakers began flocking there. “The first post-war production was carried out by N. Multifilm from Holland titled In the Shadow of the Waringen-Bali (1947). It was a propaganda piece serving the interests of the Dutch government that wanted to reclaim the archipelago as its vassal,” he said. One year later, Australian national Joris Ivens, who supported the Indonesian struggle for independence, produced Indonesia Calling, with shots taken in Bali. Hollywood powerhouse Paramount Films produced Road to Bali (1951) and two decades later another US production house filmed Bali Today(1971), narrating the journey of famed anthropologist Margaret Mead in Bali. “One interesting documentary is Learning to Dance in Bali (1978) produced by Beryl Bernay and Maher Benham, which combines footage shot in the 1930s with other taken in the 1970s, including footage of master dancer I Mario performing Kebyar Duduk,” Bawantara said. Another important documentary is The Eleven Powers (1979) produced by Larry Gartenstein and Frank Heimans. The 54 minute piece documented the Eka Dasa Rudra, a major Balinese Hindu ritual that takes place at the Besakih temple once every century. The documentary was chosen as best film at the 1981 New York Film Festival. — JP/I Wayan Juniartha taken from The Jakarta Post image source: villabali.webs.com

Daftar komentar untuk artikel "The Most Filmed Island in the Archipelago"