The Launching of IPA Social Innovation and Entrepreneurship 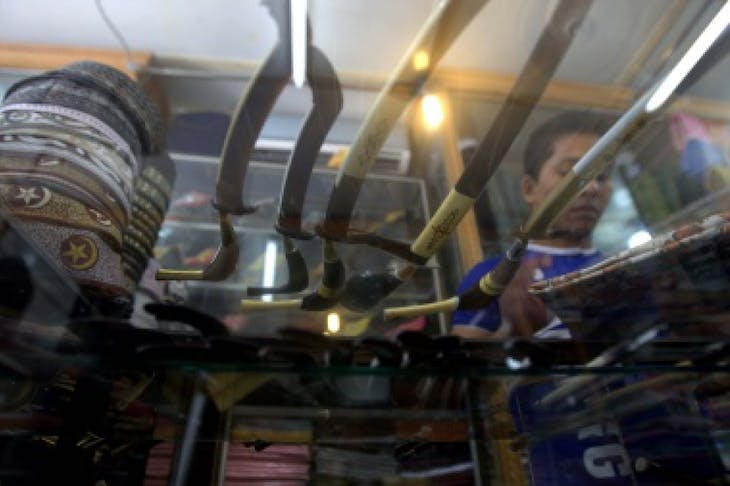 The Launching of IPA Social Innovation and Entrepreneurship

On 13 Aug 2011 my wife and I attended the launching of IPA Social Innovation and Entrepreneurship (SOLVE) Award in Singapore. In brief, IPA stands for Indonesian Professionals’ Association (www.indoprof.com). IPA provides a wide networking among Indonesians and non-Indonesians professionals for about 3000 Indonesian professional living and working in Singapore. In addition, the Solve Awards is to appreciate the contribution of individuals or non-government organizations for exceptional courage, extraordinary hard work, and innovative ideas that have addressed and fulfilled social needs of the community in Indonesia (www.solve.sg). The launching of the award was opened by Dr. Ir. Lukita Dinarsyah Tuwo, MA (Vice Minister/Vice Chairman of National Development Planning Agency (Bappenas), Indonesia. Furthermore, two prominent social entrepreneurs were invited as keynote speaker: 1. Mr. Jack Sim, the founder of World Toilet Organisation 2. Anies Baswedan, PhD, the founder of Indonesia Mengajar. In his opening speech, Lukita talked about Indonesia achievement in the Millenium Development Goals. Indonesia commitment is to improve the welfare of its people with two major targets (i) reduce the poverty and (ii) improve education. According to Lukita, Indonesia has achieved to reduce the number of poor people statistically from 20.6% (1990) to 5.9% (2008), promote gender equally in education and empower women in general. In addition, the Indonesian government has been successful to combat TBC rate and reduce child mortality. However, there are still many problems that we need to work harder to solve it such as immunization, improving maternal health, environmental sustainability and combat HIV/AIDS. The latest is worryingly increasing in Indonesia. Jack Sim is an inspiring character. With his fresh humor he said that he did business because he has no university degree. By the age of 40, he has founded 16 business organizations. The founder of World Toilet Organization (www.worldtoilet.org) in 2001 is now busy to promote healthy life style, clean sanitation and entrepreneurship. With his organization, he changed people’s perspective about toilet. He also changed the Singapore government policy about women toilet and involved in drafting the regulation on toilet and sanitary in Singapore. Through his work, he was awarded a Hero of Environment in 2008 by Time magazine. The last speaker was Anies Baswedan. As the chairman of “Indonesia Mengajar” (www.indonesiamengajar.org), he invited young and bright Indonesian to be a primary school teacher in remote region with teacher shortage in Indonesia. He believes that the greatest asset of Indonesia is its people followed by the nature. As the result, Indonesia’s future is in the hand of the youngster generation. As the consequence, this generation must be prepared and well educated. Thus, the teachers play the major role to make change to the younger generation. Anis said that it is our collective responsibility to fulfill the promise of Indonesia’s independence to provide better education for all Indonesian. The heart of this commitment is the belief that those young teachers are the key to a brighter future for Indonesia. Anis said ”These bright university graduates choose to work as teacher in such remote area over a promising job in the city in the name of nobility and national pride”. Written for Good News From Indonesia by B. Assiddiq