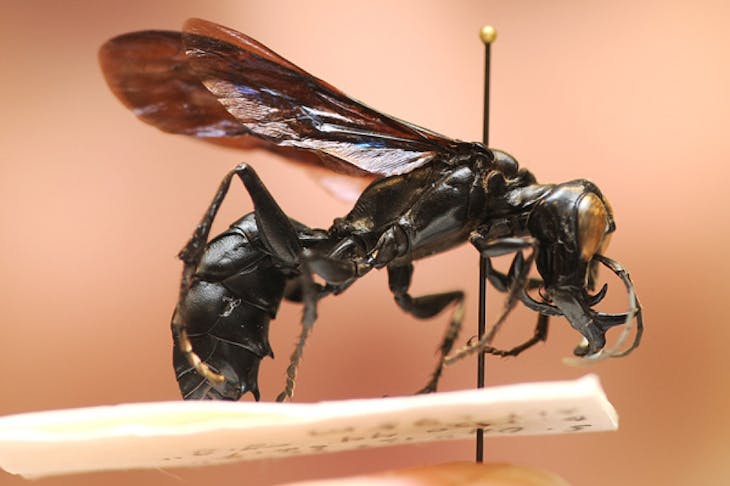 The short article below is originally from NewScientist, published on 22 August 2011. It was reported by Michael Marshall, an environment reporter. Enjoy reading..! If someone had made a horror movie about alien wasps and hired H. R. Giger to do the designs, the resulting monsters might have looked something like this. But this "warrior wasp" is real: it lives on the Indonesian island of Sulawesi, and it is 4 centimetres long. Its mandibles are so large that they cross over to the other side of the head when closed - they're longer, in fact, than the wasp's front legs making it difficult to understand how they are able to walk. Lynn Kimsey of the University of California, Davis discovered the mighty insect during a recent expedition to the Mekongga Mountains of Sulawesi. She plans to name it "Garuda", after a mythic figure who was part-human, part-eagle. They don't seem to be a common species, Kimsey says: she only found six individuals in 3 years of searching. Plans to dig an opencast nickel mine in the Mekongga Mountains would be "bad news" for the wasps, says Kimsey. Surprisingly, perhaps, they are not biggest wasps in the world. That accolade probably goes to one of the tarantula hawks, which regularly clock in at over 6 centimetres, and - as the name suggests - hunt tarantulas.