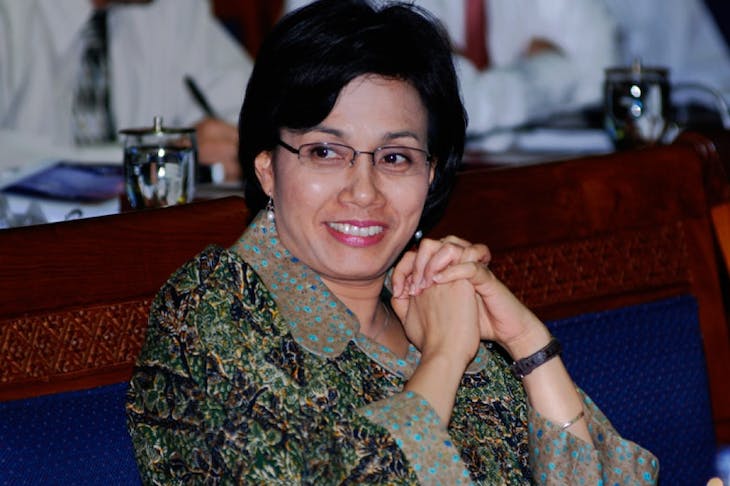 Indonesia’s national women’s basketball team beat Malaysia 74-66 in the third match at the International Basketball Federation (FIBA) ASIA Championship for Women 2011 Level II in Omura, Nagasaki, Japan, on Tuesday. Coaches and managers hailed the victory enthusiastically as it had been made against the team that has so far always beat the national team with a big margin. "All players did what the coach has instructed well. We are very grateful with the victory," national team assistant manager Cecilia Dwi Maya Siswari said when asked for her confirmation on the victory from here on Tuesday. She said following coach instructions since the first quarter the team pressured its opponent with swift attacks and effectively collected points to a 31-16 margin. In the second quarter she said coach William McCommon changed the strategy by fielding Hanum Fasya and Fanny Kalumatan to replace Wulan Ayuningrum and Yunita Sugianto resulting in more piercing attacks and a bigger margin of 42-21. Left behind in points Malaysia gave a fiercer fight in the third quarter making the margin shorter but with coolness the national team was able to maintain the score at 56-48 in its favor. Due to the shorter margin the US coach rotated the players again fielding Wulan Ayuningrum and Gabriel Sophia again. The two players were able to change the game. Supported by Yunita Sugianto the team finally finished the game 74-66. During the match Wulan booked 23 points, Gabriel Sophia 15, Jacklien Ibo 13, Fanny Kalumata 7 and Maharani Adhipuspitasari 6. "All players played extraordinarily. They played with strong spirit and good teamwork. They have shown their best," she said. The victory included the national team recorded two victories with the first made in the match against Sri Lanka (67-53). It lost 69-87 against Kazakstan. The next opponents the national team would meet at the championship are Singapore and Uzbekistan. News Source: KOMPAS.com