A Loving Look at Our Batik Soul 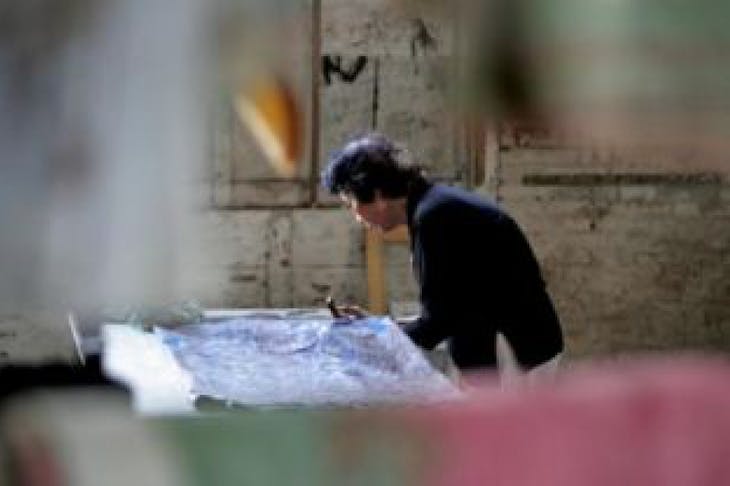 A Loving Look at Our Batik Soul

Different generations will always clash over the importance of tradition, culture and values. Indonesia is no different, and one of the country’s greatest icons, batik, is not spared from the shifting views of a younger generation. That struggle forms a part of Nia Dinata’s new feature-length documentary, “Batik: Our Love Story,” which pays homage to the wax-resistant fabric dyeing technique and captures the efforts by batik artisans to pass on their knowledge in a rapidly changing country. In her latest offering, Nia continues her tradition of capturing on film the distinctive elements of life in the archipelago, following earlier films about polygamy, “Bebagi Suami” (“Love for Share”), and Jakarta’s social elite, “Arisan!” (“The Gathering”). The new film was released on Friday, two days before National Batik Day, which was established to celebrate the United Nations’ addition of batik to its list of intangible culture heritage two years ago. Nia and her team from the Kalyana Shira Foundation, a women’s group, spent a year traveling to six regions across Java and Madura to study and record the batik-making process and the people who are keeping the tradition alive. The documentary features artisans from Cirebon, Pekalongan, Yogyakarta, Solo, Lasem and Madura, prominent batik regions that have their own distinguishing patterns and colors. The documentary, sponsored by a firm that makes cleaning solutions for clothes (including batik), also explores the history behind the patterns. “We have loved batik for a long time and are always proud to wear it. Unfortunately, we’ve never had an in-depth documentary about of its history, its production, or the philosophy behind its patterns,” Nia said. “By making this documentary, we also extended our knowledge [of batik].” Although batik is a big part of the national identity, “Batik: Our Love Story” looks at the everyday lives of people who make the fabric. It highlights the complexity of the batik process but more important, it looks at the dilemma faced by the younger generation of batik-producing families — deciding whether to continue the traditional business or to choose a more modern career path. The overall theme of the documentary is the passing on of tradition, but each family has its own story. A man from Madura was asked to shut down his business by his mother, who owned a batik business, just two weeks before she passed away. One of her last wishes was that he would take over her batik empire, which she had built from scratch. He complied with her wish, and now the man and his wife manage the batik business. In Lasem, an elderly couple tell their tale of struggling to convince their children to continue the production of batik, a source of family pride. In the end, the children choose not to stay in batik. A woman in Pekalongan said she was forced to learn how to make batik and continue her family’s business after her father suddenly passed away. The woman, Widiyanti Widjaja, is the third generation of the Oey Soe Tjoen family, a famous name in batik. “There were a lot of orders that we had received long before my father passed away. And for our family, they are just like debts that need to be paid, so I decided to continue the business,” Widiyanti said last week during a screening of the documentary in Jakarta. “I learned how to make batik the way it has been done for generations in our family. “It took me 13 failed pieces and more than a year to produce a fine batik.” ‘Batik: Our Love Story’ is available for public viewing at campuses, community groups and other interested institutions. For more information, contact the Kalyana Shira Foundation. Tel: 021 750 3223 www.kalyanashirafound.org News source: The Jakarta Globe