Indonesia's economy grew at a faster annual pace thanexpected in the fourth quarter, as domestic consumption remained strong despite aggressive tightening by the central bank.

Gross domestic product rose 5.72 percent in the October-December period from a year earlier, buoyed by firmer exports on a weaker rupiah and growth in the transportation and communication sectors, the statistics bureau said on Wednesday. The result beat economists' expectations of 5.30 percent year-on-year growth and was faster than a 5.62 percent rise in the third quarter.

"Today's GDP figures suggest that the Indonesian economy has not yet responded to the policy tightening measures put in place over the past year to orchestrate an adjustment of the current account," said Taimur Baig, Asia chief economist at Deutsche Bank.

"We therefore remain concerned that imports would surge again and pressure on the rupiah would return soon." Southeast Asia's biggest economy has been wrestling with a battered currency, high inflation and a ballooning current account deficit, prompting the central bank to raise its benchmark rate by 175 basis points since June. The rupiah was Asia's worst performing currency in 2013, falling more than 20 percent amid concerns over capital outflows on the U.S. Federal Reserve's planned stimulus reduction.

But in a positive sign, data on Monday showed that Indonesia posted its third straight monthly trade surplus in December and its biggest in two years, boding well for some narrowing of the current account deficit. Still, some analysts see continued pressure on the current account this year due to a ban on unprocessed mineral ore exports and as demand for fuel surges, with recent data showing persistently strong demand for cars and motorbikes. Compared with the prior quarter, GDP fell 1.42 percent in October-December, versus economists' expectations of a 1.67 contraction and against a 1.5 percent drop in the fourth quarter of 2012. Indonesia's fourth-quarter GDP typically falls on a quarter-on-quarter basis as consumption slows following a spike in demand for religious festivities and the new academic year. For 2013, gross domestic product rose 5.78 percent, marking the slowest full-year growth since 2009, as the end of a commodities boom hit exports. The result was in line with the median forecast of 5.70 percent growth in a Reuters poll of economists. cnbc.com 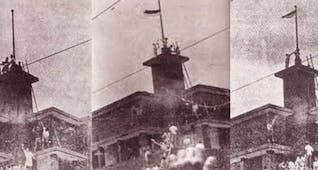 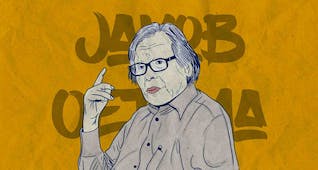