Which countries are most optimistic?

Which countries are most optimistic?

China is more optimistic than any other country, according to a survey, with 41% of respondents saying they think that the world is getting better.

The chart below, from Statista and i100, shows the views of 18,000 people surveyed by YouGov. China’s positive outlook is almost twice that of the next most optimistic country, Indonesia, where 23% of those surveyed feel that the world is improving. The data highlights the fact that the majority of people are pessimistic about the state of the world. In the chart below, 81% of French nationals surveyed say they think the world is getting worse. 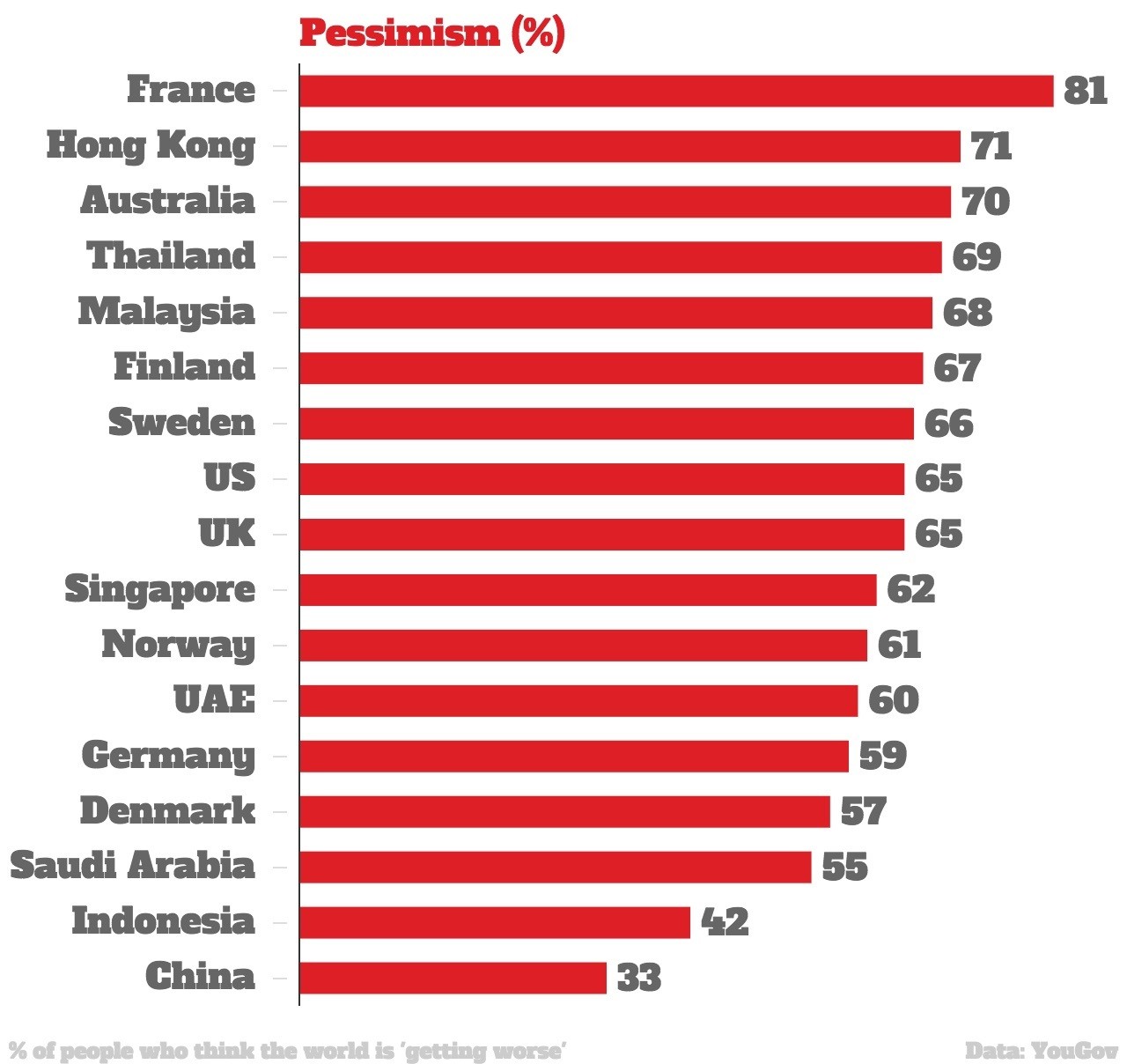 In almost every country surveyed, over 50% of populations believe the world is getting worse.

So, is it? It depends who you ask and how you choose the measure the response.

It’s easy to feel gloomy about the future. There has been an increase interrorist attacks around the world and more than 795 million people still go hungry every day. Meanwhile, the World Economic Forum’s Global Risks Report 2016 highlights the significant impact of issues like climate change and the refugee crisis.

One the other hand, the UN mission to end hunger has seen a majority of countries reach the Millennium Development Goal target of halving undernourishment by 2015. Improvements have also been seen in education, with the United Nations reporting that since 2000 an estimated 34 million more children will have attended school, with progress also achieved in getting more girls into the classroom.

In 1981, 44% of the world’s population lived in poverty. By 2012 this number had been reduced to 12.7%, and the world reached its first Millennium Development Goal target of cutting poverty rates in half five years ahead of schedule. 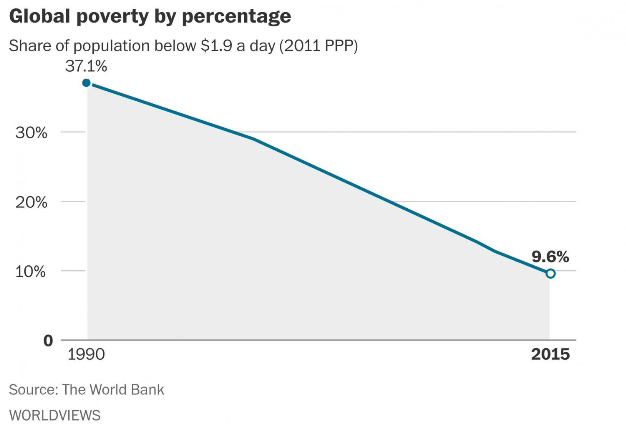 Daftar komentar untuk artikel "Which countries are most optimistic?" 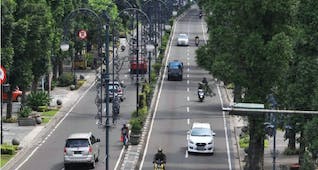