An Inspiring Journey from Omar Niode 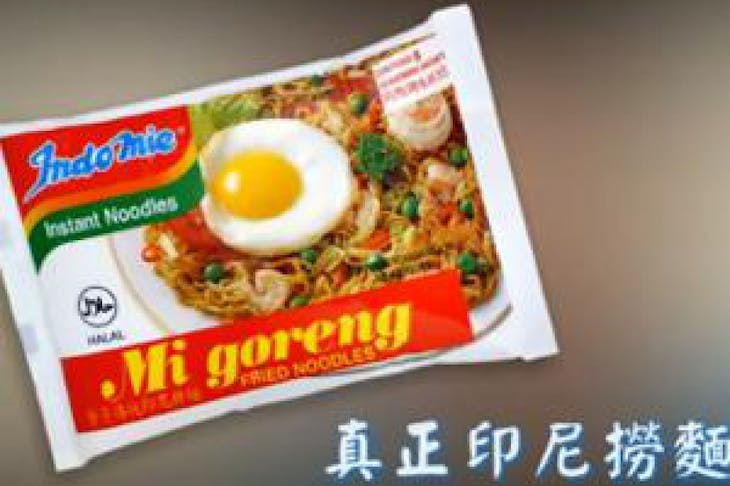 An Inspiring Journey from Omar Niode

It's true that everybody will die, but not everyone will leave something worthy to the rest of the world. Something that would be remembered by many people, longer than the lifetime.  Chairil Anwar and Soe Hok Gie are the best example of young Indonesian who passed away when they were still young but still become inspirations until now. Anyway, they are not the only Indonesian who inspire many people. Have you ever heard about Omar Niode? Omar was a traveler and photographer. what's so inspiring about him, is his unforgettable journey after graduating from university. the journey also encouraged him to pursue a master degree in the same field. check his story below : The first thing most people do after graduating from university is polish up their resumes and hit the job trail, trying to line up as many job interviews as possible. But 22-year-old Indonesian Omar Niode had a different plan. He made the choice to trade his business suit and stiff leather shoes for a daypack, a journal and a camera. And the trail he chose to hit took him far off the beaten track, deep into the colorful countryside of India on a journey that would change his life and the lives of countless others forever.Omar had just graduated from the College of Agriculture and Environmental Sciences at the University of California, Davis and yearned to experience something different, an adventure that would reignite the passion for life he felt had faded during the four years of grueling study. He pined for a journey that would offer him a new view of life and the world. When he told his parents, “I’m going to India,” they were more than a little worried about his safety, but, in the end, they supported his decision.On June 26, 2006, Omar bundled up all the money he had saved working as a research assistant in the United States, packed a single bag and set off for north India. Like any adventurous young man, Omar dove into his Indian experience, inquisitive about everything and everyone. Staying in hostels — each costing around $3 a night — the young man spent every spare minute exploring, writing in his journal and taking pictures.India became Omar’s muse, allowing him to rediscover his thirst for life and beauty. And when he finally made it to the Taj Mahal, like so many before him, it took his breath away. In his journal he called it, “a teardrop on the face of the earth.”Omar also had the opportunity to meet many different people during his travels, and he recorded the encounters in detail in his writings. One day while floating in a boat down the Ganges River, a man asked him where he was from. He replied proudly, “Indonesia” and added that he was Muslim. The man said that he too was Muslim and that Omar was a good Muslim name.Another man he met used to work for Samsonite but one day decided that the 9 to 5 workday was not for him. Like Omar he collected his belongings and set out to travel the world. This encounter inspired Omar, letting him know that he wasn’t alone in his wanderlust.And then there were the encounters that were less than friendly, like the shady gang of pickpockets who stole his cellphone just three days after he arrived in India.On July 17, 2006, Omar returned home with a new perspective on life. The food smelled better, the grass looked greener and people were more easy to engage. Wanting to share his experience with the world, he took every opportunity to talk about his journey with his family and friends. Reinvigorated by his travels, he went back to school in 2008 to earn an MSc in food science and technology.Tragically, three years after his unforgettable journey, Omar passed away at the young age of 25 due to medical complications.Determined to keep his spirit alive, the family of this young explorer set up the Omar Taraki Niode Foundation in November 2009. Dedicated to enhancing food and agricultural education in Indonesia, this nonprofit foundation uses donations to help disadvantaged students achieve their dream of getting an education and seeing the world by handing out scholarships, travel awards and sponsoring food and science related seminars. The Niode family created the foundation specifically because Omar once wrote in his journal that “he dreamed of one day working to improve the quality and accessibility of schools in Indonesia.”The foundation has published four books, one of which is entitled “Omar’s Visual Journey” and is a compilation of Omar’s journal entries and the photos he took in India.Galeri Foto Jurnalistik Antara, an art gallery in Pasar Baru, Jakarta, recently held an exhibition of Omar’s photographs and journal entries to coincide with the launch of the book. The exhibition will also travel to Makassar and Gorontalo in Sulawesi where the Niode family lives.Dian Anggraini, program manager of the Omar Taraki Niode Foundation, hopes that the exhibition will draw attention to the work of the foundation. “The foundation can gain a lot of exposure and attention through the exhibition and hopefully generate more cooperation from organizations interested in enhancing food and agricultural education in Indonesia.”Omar’s brother, Terzi Niode, who is the secretary of the foundation, has high hopes for the organization. “News of the foundation’s work should be spread, especially among the expatriate community in Indonesia” he said.Omar loved sharing lessons and stories from his life-changing journey and through the foundation, that is exactly what he continues to do, despite being taken from his loved ones at such a tragically young age.Through his ideas, thoughts and photography, this determined voyager continues to present his experiences to the world in an even greater way than he could have imagined, inspiring many to partake in their own journeys of discovery. Journeys that, like Omar’s, could end up changing their lives and the lives of others. News Source : The Jakarta Globe Photo Source : whiteboardjournal