The Team Who Put Indonesia Back in The Game The Team Who Put Indonesia Back in The Game

Indonesia has been collecting 17 medals in Asian Games 2010. three gold, four silver, and ten bronze have put Indonesia in the 10th position, for now. Indonesia could have been in the lower position if our athletes had not achieved those three gold medals. thanks to the men dragon-boat team who won all of the gold and put Indonesia back in the game. The Indonesian men’s dragon-boat team steamrolled to its second gold medal in the Asian Games by topping the 500-meter race on Friday. It was only three days ago that the country had wondered where it would be getting gold in Guangzhou, China, following mediocre results early in the Games. The answer came at Zengcheng Lake, where the rowers claimed the 1,000m title on Thursday then went two-for-two by winning again the next day. Indonesia finished the 500m race in 1 minute and 44.506 seconds, beating out Burma and China, which finished second and third, respectively. “It’s beyond what we had originally hoped for,” Indonesia’s national dragon-boat rowing team manager Young Mardinal Djamaludin said on Friday. The women’s team can’t be overlooked in the 250m race either. It bagged silver in the 1,000m and 500m events and is a serious contender to top the third and last rowing event on Saturday. Recently, the men team just achieved the third gold medal in the 250m race. They successfully put Indonesia in the 10th position. It's kinda heart-rending to see that because yesterday we were still in the 12th position. GNFI wishes the best for Indonesian Athletes who are struggling in the Asian Games. Good Luck, guys! News Sources : Kompas, The Jakarta Globe, detiksport Photo Source : AP Photo/Ng Han Guan 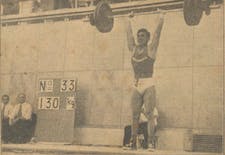 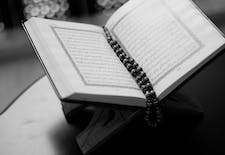 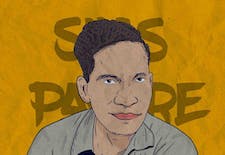