Giant Stork Living With the Hobbits 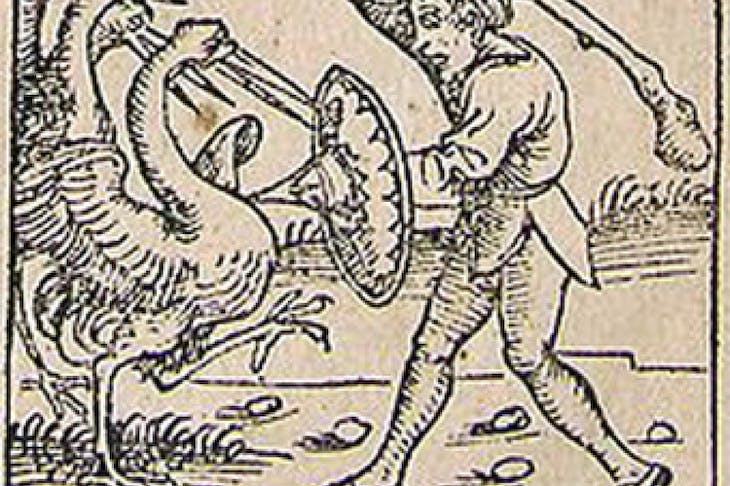 Giant Stork Living With the Hobbits

The ancient species of "hobbit people" called Homo florensiensis may have shared their Indonesian island with giant 6-foot-tall cranes. Their antagonistic relationships with these bird monsters may have made it into ancient art, too.

The new species of stork, named Leptoptilos robustus, reached 6 feet in height and weighed an estimated 36 pounds, researchers say, making it much heavier and taller than living stork species such as the related Marabou stork, which can reach 20 pounds and stand 5 feet tall. Leptoptilos is a genus of very large tropical storks. Two species are resident breeders in southern Asia, and the Marabou Stork is found in sub-Saharan Africa.

As such it would have towered over the "hobbit" hominins occupying the same island. The stork may have been capable of hunting and eating juvenile members of the smaller hominin species, say researchers who made the discovery, though there is no direct evidence the birds did so . . .Hobbit forum host Dan Gannon points out that "cranes" have been part of the tales associated with the ancient Pygmies (Greek: ????????), who were a tribe of diminutive humans in Greek mythology. Their name in Greek was Pygmaioi, from pygmê, the length of the forearm. According to the Iliad, they were involved in a constant war with the "cranes," which migrated in winter to their homeland on the southern shores of the Earth-encircling river Oceanus.