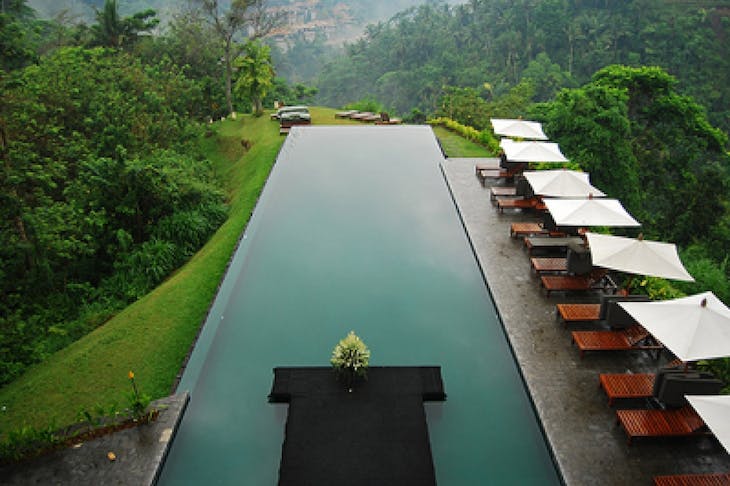 When a group of 60 Indonesian children, aged 10 and 11, were surveyed about their favorite television shows, their top four answers were the popular Western animated series “SpongeBob,” “Tom and Jerry,” and Japanese cartoons “Doraemon” and “Naruto.” “These shows are entertaining for children, but they often contain a lot of violence. Take “Tom and Jerry” for example. It contains a lot of hitting and other violent scenes,” said Andi Asrul Sani Fauzan, also known as Jalu, who works for the national TV station TVRI. With the goal of giving kids a more educational TV alternative, TVRI launched a new program called “I Got It!” earlier this month. It is a 10-minute show aimed at children aged 8 to 11 which encouraged them to explore a wide variety of issues they may have been wondering about. “We don’t just dictate facts,” Jalu said.  “We make it fun and educational for children.”  Jalu said learning specialists consider 10 minutes “just about the right amount of time for children to be able to absorb and digest what they see.” The initial seeds for “I Got It!” were planted by the Goethe Institut, Germany’s cultural institute operating worldwide, as part of their culture and development program in Southeast Asia.  TVRI is one of the seven public television broadcasters from Southeast Asia that were included in the institute’s pilot project. The other six countries are Cambodia, Laos, Malaysia, the Philippines, Thailand and Vietnam. A workshop on how to write, film and find a suitable pictorial language for the target group was conducted for television professionals from Oct. to Dec. last year. Trainers for the workshop were Ute Mattigkeit and Maike Pies, two veteran producers of children’s television in Germany. Each episode invites children to find the answers to questions such as where drinking water comes from or what a professional pilot does. The show also illustrates concepts such as the different stages of how a rainforest grows or how silk is produced. For the first season of “I Got It!,” 26 episodes, including two from Indonesia, have already been produced. The first season will run from Dec. until May of next year. “Volcanoes and the world’s most expensive coffee, kopi luwak , will be featured in the next season,” Jalu said. Even though the show was produced in many different countries using different languages, young audiences won’t have to worry about having to read subtitles. “For example, an episode produced in the Philippines, originally presented by a Filipino in Tagalog, will be edited for local broadcasts to feature an Indonesian presenter speaking in the Indonesian language. And likewise, when an episode from Indonesia is broadcast in the Philippines or in other countries,” said Jalu, who is the presenter, production assistant and scriptwriter for “I Got It!” in Indonesia. “It is so the program can have a local touch without the need for subtitles, which can be distracting,” he said. One episode produced in Indonesia explores the world of wayang , traditional Indonesian puppets, in Yogyakarta. Another features komodo dragons, the famous giant lizard, which can be found on Komodo Island in eastern Indonesia. In an episode which tackles the topic of evolution, the history of the reptiles, including how they migrated across the globe, is delivered in an easy to understand manner using animation. The filmmakers said one of their biggest challenges was avoiding the use of dates and statistics.  “We don’t want children to get frustrated trying to figure out, say, the sizes of different types of komodo dragons or the years and centuries we are talking about” Jalu said. “Because we are talking to a very young audience, sometimes we say ‘as tall as a coconut tree’ or ‘the same length as two cars’ to refer to the height or length of something.” Humor is also used in the show to make the learning process fun, he said.  “We inserted a lot of jokes into the visuals, as well as the dialog and narration. In making this program, we tried to understand the perspective of young viewers and explain subjects in a way they would be able to follow.” Another interesting episode, which was produced in the Philippines, explains where drinking water come from. The water treatment process is explained using animation, colorful illustrations and simple experiments. Jalu added that the biggest challenge in making each episode has been presenting a complex topic in a simple way within 10 minutes.  “I would say one of the most difficult and time-consuming parts has been the scriptwriting. We challenged ourselves to find the simplest way of explaining things, using language that children understand,” he said. A small survey to see whether the show would be well-received and understood was conducted before TVRI launched the program.  The same group of 60 children who counted “SpongeBob” and “Naruto” among their favorite TV shows were shown the episode of “I Got It!,” which covered evolution. On a scale of one to five, half of the kids gave the show a five, saying it was very good. They said they liked the history and information about the komodo dragons, the opening and closing scenes and the presenter. Another 30 percent gave the show a four. Almost all the children said they thought the film explained the subject to them in an entertaining and an easy to understand way and were looking forward to watching other episodes. Producers were also happy to learn that children were capable of remembering most of the information from the episode, despite the fact that there were a lot of scenes, facts and jokes delivered within the show’s 10 minutes. For example, they remembered that komodo dragons come in different sizes, depending on their gender, that they have a complicated digestive system and the fact that the giant reptiles only exist on a few islands. “This is a very educating and funny film. I like it,” Khoirunisa, 11, was quoted as saying. ‘I Got It!’ Airs on TVRI every Sunday at 7:10 a.m. News Source : The Jakarta Globe Photo Source : Telegraph