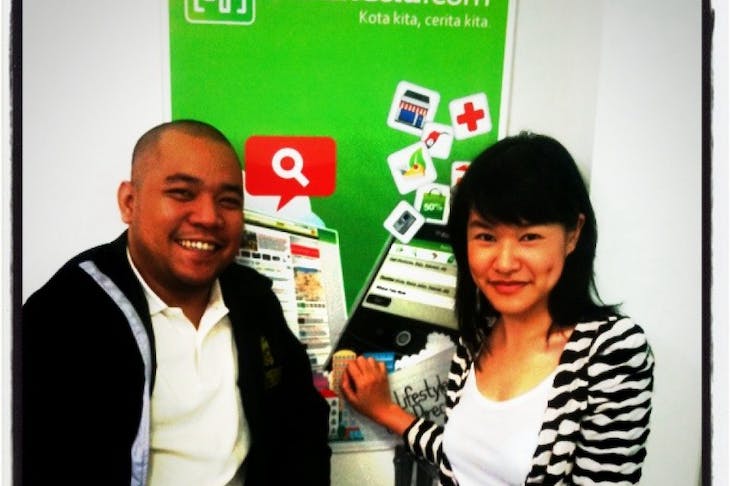 Paradise does exist, and it can be found in the heart of Central Kalimantan, say two scientists who recently returned from an expedition deep into one of Indonesia’s last remaining tracts of forest. Martin Holland and Tim van Berkel were part of the Heart of Borneo expedition to study animals and vegetation in the rain forest around the province’s Murung Raya district. Holland, the project director for the eight-week expedition, said the endless variety of plants and animals proved that “the forests of Borneo are some of the most amazing areas in the world.” He said the team of 13 European and Indonesian scientists found 140 species of birds, 30 species of frogs, 35 reptile species and 44 species of terrestrial mammals. “Around 13 of these mammal species are threatened,” Holland told the Jakarta Globe. Van Berkel, the lead researcher, said some of the animals they encountered had previously been spotted on the Malaysian side of Borneo but never before on the Indonesian side. Among the species they encountered were the elusive and rare otter civet, cloud leopards, gibbons, pangolins and the bearded pig. “We never expected to see so many species,” said van Berkel, a mammalogist. “It was way beyond our imagination.” He also said some of the species of frogs and snakes might have been unseen and unheard of before and had never been scientifically identified as new species. “But we can’t really say yet if they are new since they will have to be formally recognized and it might take years for their taxonomic validation,” he said. But little research has been done in the area, he said, while more data collection in the forests could benefit the local people and authorities in setting up efforts for preservation, given the imminent threat to the forests from nearby mining and logging concessions. “Compared to Sumatra, Borneo still has lots of forests left and we need to set up preservation efforts as early as possible before it’s too late,” he said, adding that stricter law enforcement was needed to protect the area. Holland said the richness of the biodiversity in the area could be lost unless a plan was put in place to protect it. “I think the Indonesian government could start by ensuring transparency over which part of the area is protected and which part is allowed for concessions,” he said. Both scientists said the government should also begin quantifying the value of the resources in the forests in order to get a clearer estimate of the preservation efforts needed. Van Berkel said the team would continue its research in the area with a four-week expedition planned for September, and would set up more camera traps to gather additional information on the animals. News Source : The Jakarta Globe Photo Source : tempat wisata Indonesia Thanks to Mr. Akhyari Hananto for the news tips!