Taking a Ride in Belitung 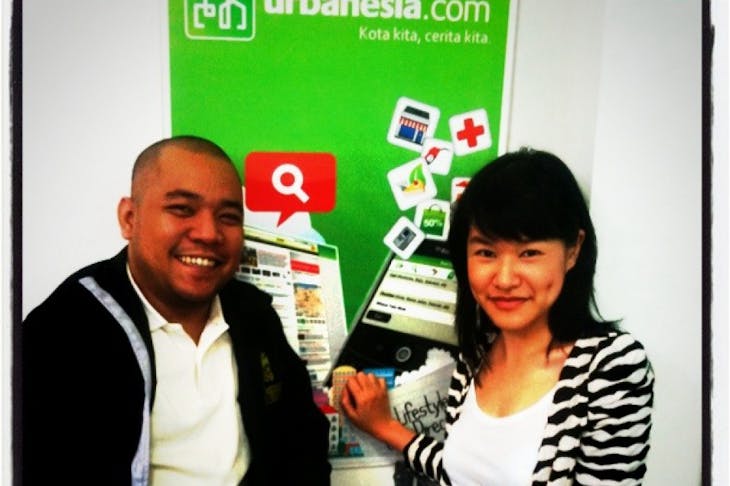 Taking a Ride in Belitung

Going against the advice of seemingly every single guidebook in existence, I recently took off to Belitung Island with the goal of hiring a bicycle for some two-wheeled touring of Tanjung Pandan, a mining town. The word in most guide books and big city travel agencies is that there was not much to see or do there. To me, however, that sounded perfect. I would happily make do with empty white sand beaches, flat turquoise waters and an uninterrupted canopy of lush green trees. To me, the fact that most itineraries treated Tanjung Pandan as a transit point would only mean more empty spaces for me to explore. After a 45-minute puddle jumper from Jakarta, I found myself on the ground on Belitung. The island sits off the east coast of Sumatra in the Java Sea. It took all of 30 minutes after landing for me to realize that the process of turning my bike-riding objective into a reality was going to be more than half the fun. For starters, I could already feel myself relaxing as my cab from the airport pulled out of the parking lot and onto a deserted one-lane ribbon of asphalt. A blast of fresh sea air mixed with the smell of village cooking came swirling through my open window, stripping away at my hardened shell of Jakarta stress. I could already feel it starting to crack and flake under the assault of wind, carried off by the breeze like a dead husk. Belitung Island is a multicultural place that throughout the years has been inhabited by a number of seafaring people. Ethnic Malays and people of Hakka and Hokkien Chinese descent all called the island home at one point in its history. Remnants of these settlers are mixed with a peppering of Sumatrans, Javanese, Buginese and others. The residents living near the guest house that I’d booked for the night were friendly, eager to chat and clearly proud of their island. “Belitung is safe,” said Dessy, a guest house attendant. “Even if you leave your motorcycle outside the house all night long, nobody will steal it,” she assured in her thick Malay accent. The next day I awoke to clear skies and a gentle sea breeze. Perfect weather for a bicycling trip around Tanjung Pandan. Unfortunately, after a few well-placed questions it became clear that there was no place to rent a bicycle on the island. But a tour operator I met named Afandi, realizing my plight, was determined to help me make my imagined bike trip a reality. He began going door-to-door trying to find someone to loan me a ride. Within minutes he returned with a perfect traditional cruising bike. “There are a few young crazy motorcyclists, just be careful with them,” he advised me as I set out on my trip on Tanjung Pandan’s flat roads. I was amazed by how clean and well-kept the towns and villages were that I passed through along the way. Each quaint little main street was orderly and immaculate. In one town I passed a monument in the city center — a huge tektite meteorite known to the residents as satam rock found in the local tin mines. Bits of satam rock are sold all over Belitung as unique souvenirs. I finally arrived at Tanjung Pandan and was amazed to find it to be another postcard town that felt like a true throwback to a simpler time. As I pedaled through a predominately Chinese area on Jalan Sudirman I half expected to see Dutch tin barons in white linen suits haggling with the local merchants. I later learned that the tin mining company, Billiton Maatschappij, was established in the town in 1860. It was the first center of commerce on the island from which all subsequent development spread. The company also brought people from China to work in the mines and to do administrative work. One of them was a clerk named Phang Tjong Tjun. His former house still stands as a cultural heritage museum today. The Chinatown area had several interesting and vibrant markets that I wandered through, including a fish market located by the Seburuk River right at the point where it empties into an estuary. A pier running out into the estuary has sprung up as the town’s main recreation spot where residents bring their children to play in the water or to fish for dinner on weekends. The fish market here is bustling and clean and you can watch as the fishermen unload their catch from brightly colored boats in the harbor. The town’s kampungs offer some of the best and most colorful examples of colonial and art deco architecture I’ve seen. Each of the adjoining rows of houses were spotlessly clean and maintained and seemed to be painted a brighter shade of green than the last. I continued my ride through town, eventually arriving at the Tanjung Pendam white sand beach. With neat rows of food stalls, athletic courts and clusters of shade trees, the public beach is a favorite hangout spot for locals. As it turns out, Tanjung Pendam Beach is also an ideal place for a totally stress-free and happy cyclist to watch the sunset, grinning from ear to ear. News Source : The Jakarta Globe Photo Source :