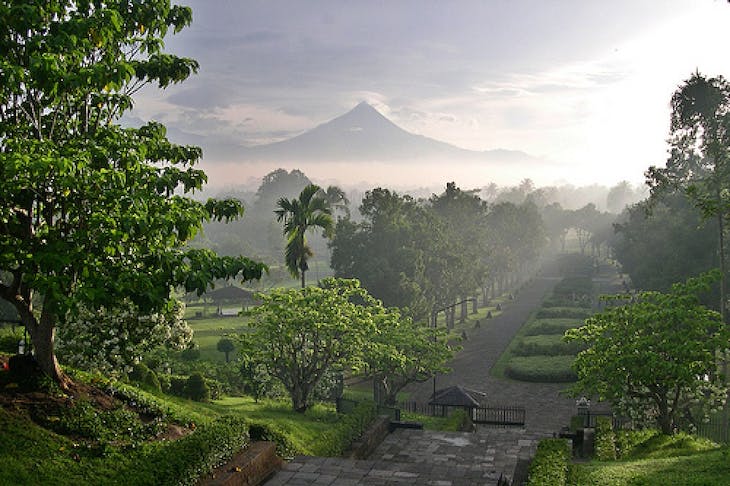 From the bid and bad to the gently steaming, Indonesia is one of Earth’s most volcanic nations and a central arc in the pacific ocean’s mythical ring of fire. There are top 10 Volcanoes in Indonesia. 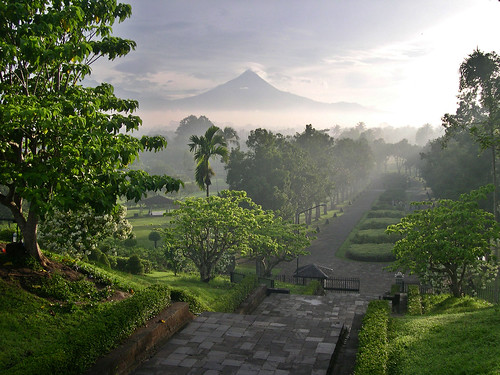 For sheer ferocity, “fire mountain” tops our list. Perched beside Jogjakarta, thousands live on Merapi’s lush slopes yet it’s described as a “decade volcano” due to its frequent dangerous explosions. Active since 1548, Merapi’s outbursts add seven million cubic tonnes to its slopes every year. istorians cite it as te original destroyer of Borobudur in te 11th century. When quiet, travel agencies sell nigt trips for view of lava flows on Merapi’s eastern side but extrem coution is advised. Perhaps, like Jogja’s royal Kraton, you’re better off appreasing te mountain and admiring it from afar.

Mount Semeru is Java’s highest volcano at 3676m. Know locally as Maameru or great mountain, Hindus consider it Indonesia’s most sacred mountain, the father of Bali’s Mount Agung. Legend has it the gods moved Semeru from te Himalayas, scattering other peaks throughout Java in the process. Alson one of Java’s most active volcanoes, wen quiet, guidebooks describe its ascent as a rough three-day trek. 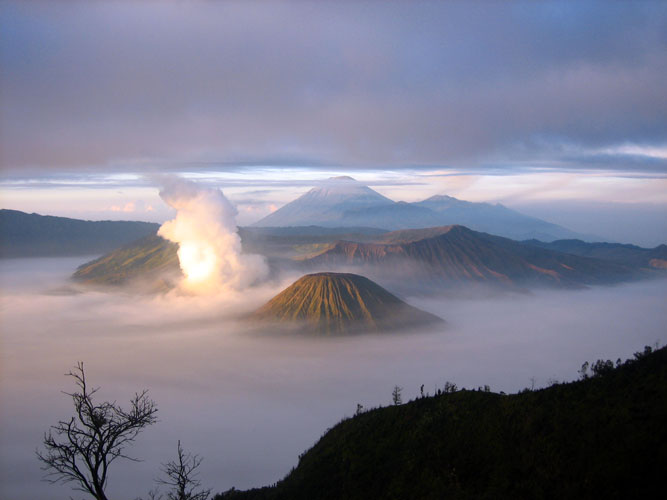 Aptly described as a furrowed con in a ssea of as and sand, Mount Bromo is a scenic masterpiece its eery landscape inspiring myts and legends. Amoung the most picturesque mountains in te arcipelago, visitors to Bromo-Tengger-Semeru National Park ride miniature Tenggerese ponies to the mountain’s rim, where the scene is akin to the moon’s surface. One of Java’s finest dawn views, if anywhere could give you an otherworldly, “Middle Earth” feeling, this is it.

It’s no exaggeration to call Krakatau the world’s most famous volcano. This volcanic island, located in the Sunda Strait between Java and Sumatra, is a popular boat-ride trip. Yet, today’s version named “Anak Krakatau”, child of the original mountain. When blew its top in 1883, Krakatau sent ash 80km into the air. People 4600km away thought they heard Sydney with estimated force of 10,000 Hiroshima bombs. Today’s visitor to the wastern side of the island are advised to avoid walking anywhere near edge.

A short hop from Bali, Lombok’s Mount Rinjani is reverd by Sasaks and Balinese alike – and by those who traverse the popular hike up Indonesia’s second-hinghest volcano. Joint the winner of the 2004 World Legancy Award, the three Rinjani Trek stretches from Senaru to the creater rim, down to the cobalt blue creater lake and on to Sembulan Lawang. Known as one of the region’s best organized treks outside the rainy months, the walk offers superb mountain and sea views and the chance to spot barking deer, macaques and civets. 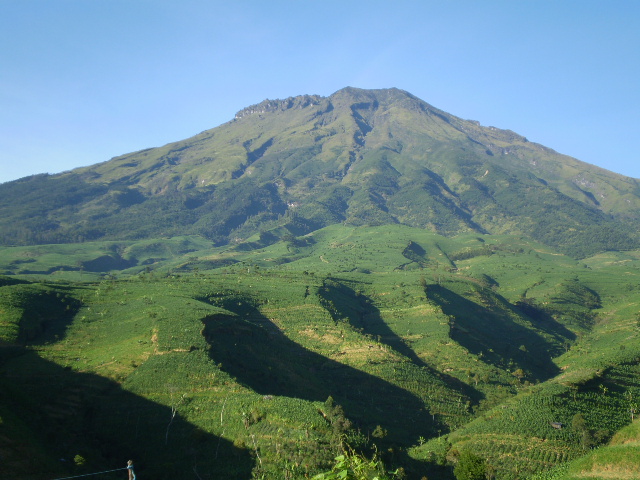 About 125km from Jogja and Semarang and considered the husband of Mount Sundoro, Mount Sumbing’s perfectly-shaped cone holds important cargo; the grave of one the holy men who brought Islam to Java. Devotees mark Idul Fitri, the end of fasting Considered a challenging climb through steep slopes and sulpuric gas, those who reach its peak enjoy spectacular views of the cloud and Central Java spreading out below.

Bali’s most active volcano, misty Mount Agung is seen as the center of Balinese consciosnes, the navel of the universe. Every temple in Bali has  a shrine dedicated to mount Agung and the mountain is considered the throne of gods. Pura Besakih, the “mother temple” on the slopes of Mount Agung, is Bali’s most sacred and its annual festival during the 10th lunar month is island-wide. A relatively easy hike in good weather, many visitors start around 10pm for a dawn arrival at the peak – and a view worthy of the gods.