A Sea Change At Wakatobi 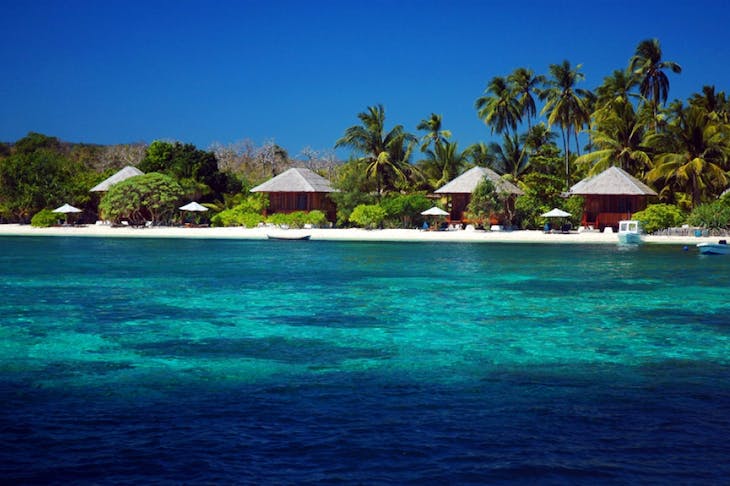 A Sea Change At Wakatobi

For many years, getting to Wakatobi, Indonesia — one of the very best dive sites in a country that abounds with stunning underwater locales — would cost a lot of money and involve arduous traveling by land and sea. That changed in 2009 with the opening of a new airport on the island of Wangi-Wangi, one of the principal islands in the Wakatobi archipelago, off the coast of southeast Sulawesi. Now, after a flight to Makassar (just 2 hr. 20 min. from Jakarta), followed by a hop via Baubau, on east Indonesia's regional carrier Express Air, the excited diver arrives at the country's third largest marine park — in the heart of the so-called Coral Triangle, a stretch of tropical sea famed for its biodiversity and the focus of intense conservation efforts. It used to take close to a full day to reach this area by boat.(Watch TIME's video "Indonesia's Green Gamble.") Wakatobi's mayor, Hugua, spent much of his time pushing for the airport and also has a hand in the new Patuno Resort Wakatobi, patunoresortwakatobi.com, which offers decent accommodation on the beach at a fraction of the cost of the famous Wakatobi Dive Resort, which used to be the only game in town. "For the longest time there was nothing here in between the very high end and community boardinghouses," says Hugua, himself an avid diver. "Now we hope more people will come to discover the beauty of Wakatobi." Most of that beauty is clearly underwater. There are 3,000 species of reef fish and six of the seven known species of marine turtle. "We have seen tremendous progress in the local people's awareness of the environment," explains Veda Santiadji, a WWF project manager who has been working in the area since 2007. Here's hoping the community can maintain that enchanting environment while benefiting from the tourism that the new airport is bound to bring. News Source : TIME