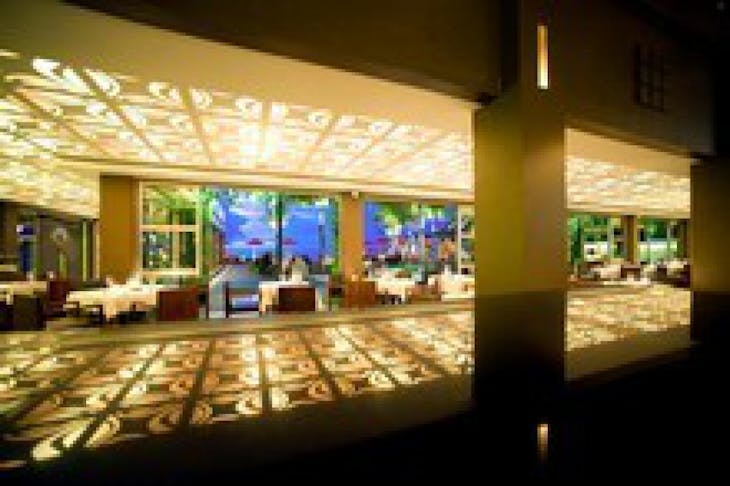 A Bali restaurant run by a Kiwi is drawing global attention. By Kerri Jackson.

Bali has not, typically, been top of the list when you consider the world's best dining destinations. But that is changing - and quickly. And right at the centre of it all is a former Wellington boy, heading up a kitchen of almost 100 staff, serving world-class food at the rate of 1000 dishes a day on the beachfront in Seminyak. As executive chef at Ku De Ta, a sophisticated restaurant/bar complex, Phil Davenport creates and oversees a menu of what he calls global modern cuisine. And it's drawing the world's attention. The restaurant has regularly made the top 20 in the Miele Guide list of Asia's best 350 restaurants - voted in at No9 when the 2010 guide was released at the end of last year. The restaurant is spearheading the rise of Seminyak as a dining destination, offering Bali's tourists a sophisticated alternative to beer and street stalls. "There's a great vibe there," says Davenport of the Seminyak restaurant scene, driven mostly by ex-pats who are both supportive of each other and mildly competitive. "It's exciting to be a part of it." And, he adds, although it's a little off the beaten career path, cooking in Bali has made him a better chef. That is partly because the owners of Ku De Ta have given him free rein and partly because he's been able to combine the best of fresh local fruit and vegetables with the best from around the world - like meat from Australia and New Zealand and specialty foods from Europe and the US. "When I moved to Bali, my boss really let me do whatever I wanted. And I've done the best food of my career in the past four years there, having that freedom. "I think we do good honest food with a twist. It's not modern New Zealand, or modern Australian, I think it's just modern. We try to keep up with the techniques and the times. And we try to keep pushing the envelope to see what we come up with." But how does a Wellington lad end up cooking in Bali? After graduating from Wellington Polytech, Davenport spent a few months working in the capital before debunking for the bright lights of Sydney not long after his 21st birthday. There he worked through the ranks to become head chef of Hugo's. Then in 2002 he was head-hunted to set up a restaurant-cum-private members club in Mayfair, London before setting up a resort in Antigua. When that didn't work out as planned he found himself without a job. "So I put out the feelers with a mate who was already working in Bali to see what would happen." The rest is history. With Ku De Ta firmly cemented near the top of the Asian dining world Davenport's thoughts are turning to the future. On his rare trips back here he's seen the changes in the New Zealand restaurant scene - the new regard Kiwis have for their own food and their own chefs. And though he has no plans to live back here, he's keen to be more involved in the local food environment, either through a restaurant partnership or maybe even a TV show - and like his contemporaries, Peter Gordon and Josh Emett, be recognised here as a Kiwi chef, who happens to work overseas. And although he has plans to one day own his own restaurant, he's keeping the details mum - "it's a work in progress". For the moment he's happy to keep Ku De Ta at the top of its game. "I'm really proud to have been in the [Miele] top 10 - especially since we're such a massive venue, not a tiny fine-dining place. But I'd still love to be a little bit higher up the list." Ku De Ta's Roasted 'best end' pork loin, crispy potatoes, apple and celeriac remoulade and orange sauce.News Source : nzherald