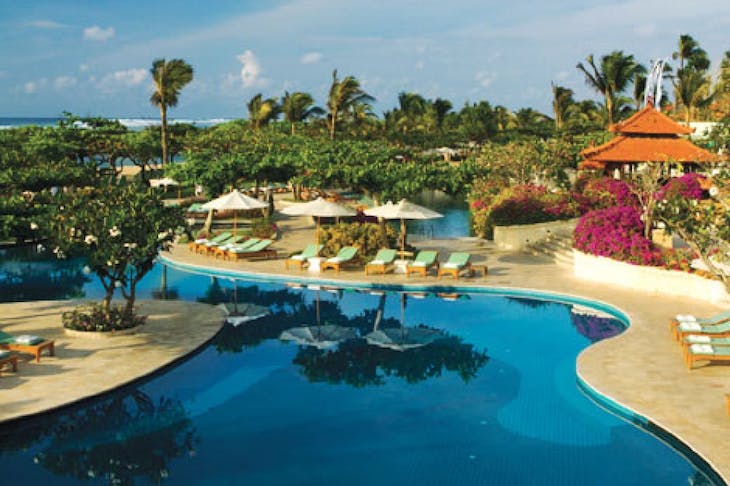 No matter how hard it tries, Fiji can't overtake Bali as a destination for Australian holidaymakers. Fiji is cheaper than Bali - especially since Jetstar and Virgin's Pacific Blue started flying to Nadi in the past few years - and hours closer to Australia's big east-coast cities than its Indonesian rival but attracts only half the number of Australians to its shores. Fiji's beaches are arguably cleaner than Bali's and there are more surf breaks in more places but the bustle of the south of Bali island has proved a perennial magnet of greater overall appeal. The terrorist attacks of 2002 and 2005 aimed at foreigners in Bali fade in the memory as a record number of Australians head for the island. More than 600,000 of the 2.53 million travellers - about a quarter of all visitors - who landed in Bali last year were Australian, the biggest foreign contingent, overtaking the Japanese. But Fiji has been breaking records, too. Its overall number of visitors last year was 631,868 people, eclipsing the 542,186 in 2009. Not surprisingly, Australia supplied 318,185, 50.4 per cent of Fiji's total international arrivals for last year and an increase of 28 per cent in the number of Australians who visited in 2009. The country's tourism numbers have recovered from Fiji's third military coup in 20 years in 2006 and appear untroubled by the military government's declaration last year that it would not hold democratic elections before 2014. However, at least at the Australian end, tourism appears to be headed for stagnation after the latest spurt. Moves early last year by Fiji to negotiate an extra 10,000 airline seats a week between Australia and Fiji appear to have become bogged down. A major reason could be the record loss of $34 million last year by Air Pacific, which is majority-owned by the Fijian government. Qantas also announced early last year it wanted to sell its 46.5 per cent share in Air Pacific but there appear to be few takers. Air Pacific has been battered by new low-cost competition (LCC) from the Virgin Blue group, which briefly operated a 361-seat Boeing 777 on the Sydney-Nadi route last year before reverting to a daily 737-800, and Jetstar, which flies the route four days a week with a 177-seat A320. The new chief executive of Air Pacific, Dave Pflieger, formerly of Virgin America, declined to comment. Fiji traditionally has favoured the "value-added" option of what it believes are competitive holiday prices, including air and land. In an email exchange with Traveller, the chief executive of Tourism Fiji, Josefa Tuamoto, indicates he thinks cheap airfares are not "the be-all and end-all". "Fiji has of late very much been sold as a value proposition," he says. "However, the ever-evolving range of cross-spectrum product the destination now has on offer holds strong appeal to a wide swath of the travelling public and, LCC or not, the business would still be coming to Fiji." Meanwhile, Indonesia continues to support a liberal air-rights regime to encourage Bali tourism, although its record numbers are straining the island's infrastructure. Source: KOMPAS.com