Teaching by Example in Indonesia 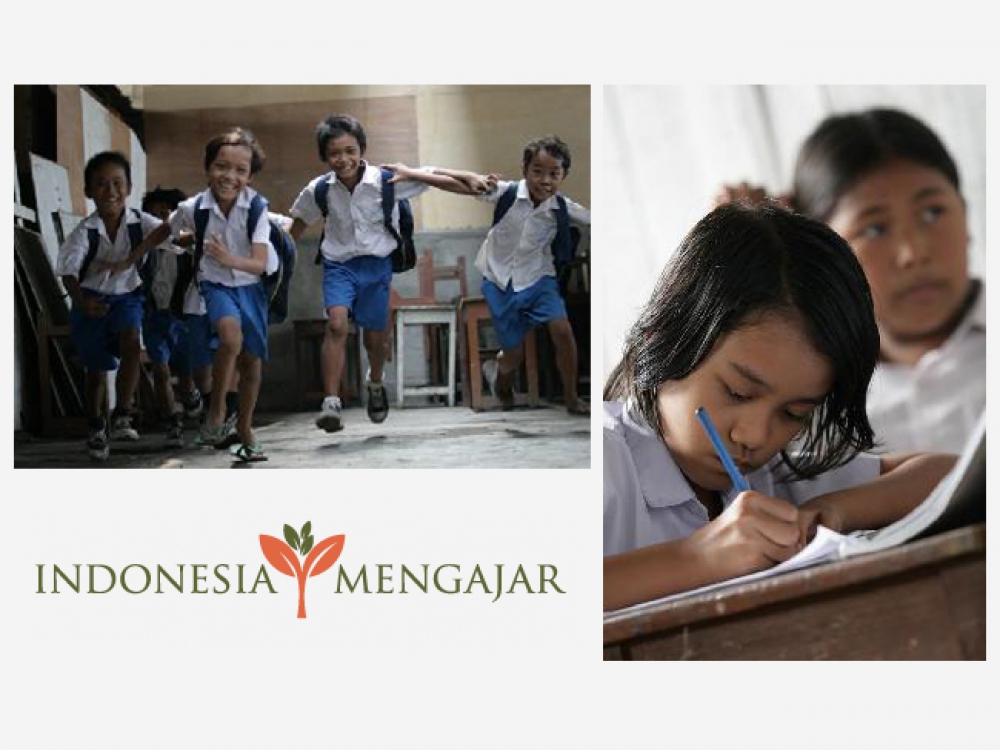 Teaching by Example in Indonesia

"The wise man once said, 'Every day has a miracle', and I believe it too," said forestry studies graduate Erwin Puspaningtyas Irjayanti of the work she did with the Indonesia Teaching Foundation (IM).

Irjayanti, who was sent to teach at a school in a remote area of West Sulawesi, recalls teaching Rizki. The third-grade student had been skipping classes. But after Irjayanti arrived, he showed a new interest and began to excel. It was not long before he was scoring up to 80% in exams composed of fourth- and sixth-grade material. 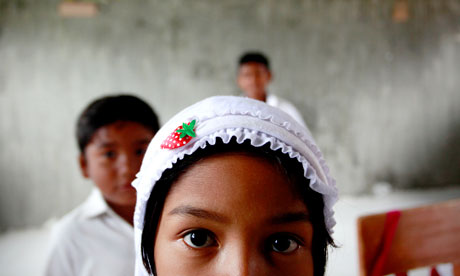 "I was stunned," said Irjayanti, who graduated from the Bandung Institute of Technology, West Java. "I remember the days Rizki would throw paper balls at me. Now he asks, 'When can I experience life overseas?'"

A community-based movement, the Indonesia Teaching Foundation selects university students from a range of disciplines, and then assigns them to remote regions with teacher shortages. "While the graduates come from a multitude of disciplines, they have excelled in their respective courses and this shows they have the skills teachers need: communication and leadership," the foundation's director, Hikmat Hardono, says.

A 2007 World Bank report showed that 37% of schools in rural regions lacked sufficient teaching staff, while 66% of schools in isolated regions faced the same problem. Now recruits are selected by a management firm, Development Dimensions International, and undertake teacher training before being sent to schools in isolated areas, often without electricity and telecommunication services, for one year as part of the foundation's five-year contracts with each school.

"The promise of independence in Indonesia was to educate everyone and that promise must be delivered to people, regardless of where they live," the foundation's founder, Anies Baswedan, said. "The grant of independence means every Indonesian citizen has the moral responsibility to deliver the promise of the constitution to promote the intellectual life of the nation. We must work as a collective."

Of around 1,400 applicants in 2010, 51 were sent to work for one year across five districts in five provinces: Bengkalis in Riau, West Tulang Bawang in Lampung, Paser in East Kalimantan, Majene in West Sulawesi and South Halmahera in North Maluku.

For its 2011 intake, the foundation has so far received more than 4,000 applications and will select around 200 graduates to deploy to 20 provinces by the end of this year. At the heart of this commitment is the belief that young teachers are the key to a bright future for Indonesia. "Who are the most significant actors in making change? Teachers," Baswedan said. "For Indonesia to excel and also be a global player, it cannot rely on its natural resources. They are not sustainable, especially with a population of 240 million. [Indonesia] needs instead to focus its attention on its biggest asset – its people."

Baswedan believes the graduates who are chosen learn about leadership, problem-solving, communication and people skills, and gain an understanding of their local communities. "After their year away, the young teachers can take their valuable leadership skills and their grassroots understanding into their jobs as ambassadors, government officials, NGO workers and entrepreneurs."

A similar project, the Mobilisation of Students, was initiated in 1952. Led by eight students from Gadjah Mada University in Yogyakarta, it sent 1,500 university graduates as young teachers to help establish high schools in 97 rural areas. One disadvantaged student, Adrianus Mooy from East Nusa Tenggara, went on to become Indonesia's central bank governor.

To produce similar outcomes, however, the young teachers' work must go beyond the classroom by forging better connections between the citizens of the archipelago. "We must strengthen the fabric of Indonesian society," Baswedan said.

There are other benefits. "They help provide their students and the wider community with life skills, sharing knowledge on issues these families have not had an opportunity to experience, and in the process they help instil fundamental values."

Initially education may not be valued in remote villages. "But because residents develop respect for the teachers for their problem-solving abilities – everything down to basic medical skills – they discover how useful an education can be."

Baswedan also hopes this togetherness can help foster tolerance at a community level. Teachers are placed with families regardless of religious and ethnic background, and when they return from their assigned regions to continue their careers, those ties are maintained. "We can produce such results because our youth of today is filled with idealism. They are choosing to work in remote places over luxurious jobs in the city in the name of nobility and national pride."