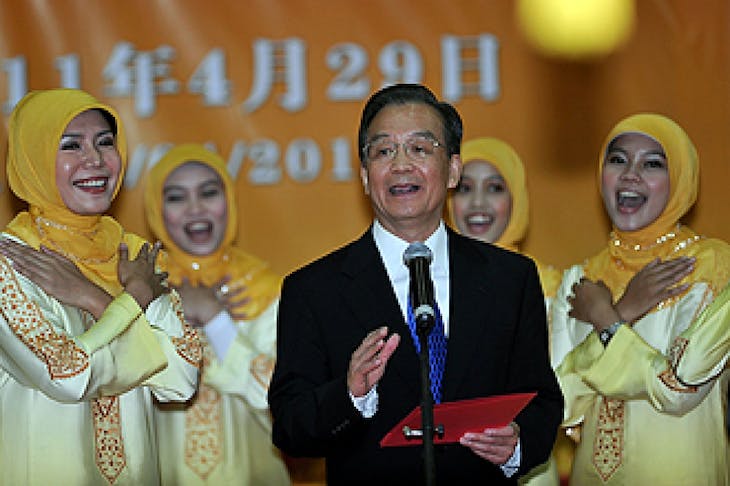 The question of placing third-party observers along the contentious Cambodian-Thai border has been thrust into centre stage, after three days of fresh clashes sparked renewed international concern. Following deadly fighting along the border near Preah Vihear temple in early February, Cambodia and Thailand agreed later that month to allow neutral observers from Indonesia to monitor a ceasefire on both sides. The proposal stalled after Thailand failed to sign a terms of reference agreement. Thailand stated this month that it would not allow observers into the 4.6-square-kilometre area, which both sides claim, adjacent to the Preah Vihear temple. Indonesian Foreign Minister Marty Natalegawa will arrive in Phnom Penh today before travelling to Bangkok this evening to meet Thai Foreign Minister Kasit Piromya, officials said yesterday. Koy Kuong, spokesman for Cambodia’s Ministry of Foreign Affairs, said that Natalegawa wrote to Foreign Minister Hor Namhong to say he was making the trip in order to finalise the proposed terms for the observers. Amid claims by both countries that the other side initiated the fighting, analysts and Cambodian officials argue that neutral observers could play a critical role. Pavin Chachavalpongpun, a fellow at the Institute of Southeast Asian Studies in Singapore, said in an email yesterday that third party observers were a “necessary” part of ensuring a ceasefire between the two countries. “A group of observers could help tone down the tension along the border. It is also crucial to be able to pinpoint who exactly started the gunfire,” Pavin said. Cambodia also argues that that the presence of observers could have prevented the fighting over the weekend, according to a statement from the Ministry of Foreign Affairs yesterday. “It should be noted that Thailand has, until now, not yet accepted the draft terms of reference for the deployment of Indonesian observers, which could have helped to prevent military clashes at the Cambodia-Thailand border,” the statement read. “Cambodia, on its part, has given its acceptance of the draft TOR four times already after its revision to accommodate Thailand’s position.” Yesterday Thai government spokesman Panitan Wattanayagorn said that at the meeting with Natalegawa, Kasit would likely “reaffirm that we are committed to solving the problems peacefully and bilaterally with the help of Indonesia as facilitator as agreed previously”. He would not say whether Thailand would agree to terms that would make way for Indonesian observers, saying they were waiting for them to be finalised. The Thai military, which has consistently opposed any sort of third-party intervention into the dispute, cast doubt on the proposal yesterday. “As the chair of ASEAN, [Indonesia] ... can talk to both countries, but I don’t think they have any direct involvement on the ground,” Veerachon Sukondhadhpatipak, deputy spokesman for the Thai Royal Army, told The Post. Pavin said the conflict was politically convenient for the Thai military because it could be used as a pretext to co-opt control over foreign policy from the civilian government. “I can understand why Thailand has all this time insisted on dealing with the issue bilaterally. Especially from the viewpoint of the Thai army, the longer the conflict is the longer it can prolong its involvement in politics,” Pavin said. “The delay of the election is in the military’s interest,” Pavin said, adding that a coup could be an “attractive solution” for the Thai army. Meanwhile, the United Nations, the United States, China, Russia, Indonesia and Singapore have all called for an immediate end to the fighting. United Nations secretary-general Ban Ki-moon said he stood by the role of Indonesia to facilitate a bilateral solution, according to a statement from his spokesman released on Saturday. “[Ban] said he had been encouraged by the initial signs of progress in regional efforts to strengthen bilateral mechanisms for dealing with the dispute between the two neighbours and called on both sides to exercise maximum restraint,” he said. Hor Namhong and Kasit have discussed a meeting, following a request from Kasit made on Saturday. Koy Kuong said Hor Namhong had not responded yet, and had ruled out a purely bilateral meeting. “Hor Namhong may meet Kasit with Marty Natalegawa in Indonesia – the three of them may meet, not one by one,” Koy Kuong said. taken from Phnomhpenh Post