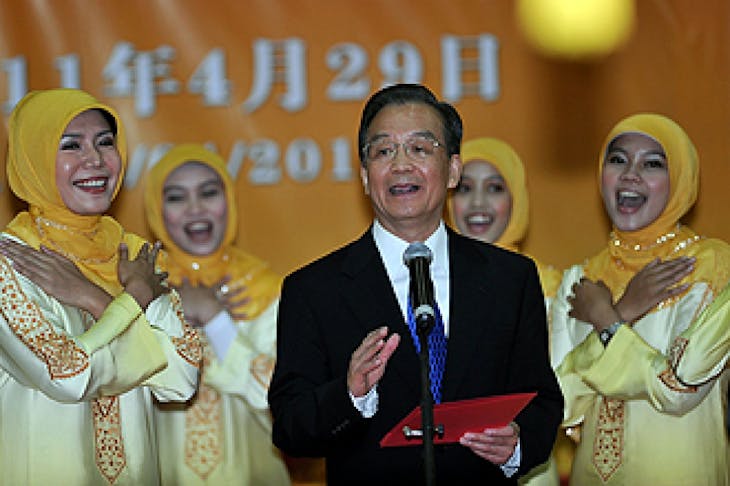 JAKARTA - NOT to be outdone by US President Barack Obama, Chinese Premier Wen Jiabao broke into song during a visit to an Indonesian university on Friday, ahead of talks on trade and investment. Mr Obama wowed Indonesian students with flourishes of local language and reminiscences of his childhood days in Jakarta during a visit in November, earning rapturous applause from his star-struck audience. Going one better, Mr Wen launched into a version of traditional Moluccan folk song Ayo Mama (Let's Go Mama) which he said he remembered from his youth in China. 'I had come to know this country when I was very young and could hum the tune of such famous Indonesian folk songs as 'Butet' and Ayo Mama,' he told Indonesian reporters before the visit. 'Contacts between our two countries date back to 2,000 years ago,' he added. Mr Wen is expected to meet Indonesian President Susilo Bambang Yudhoyono later on Friday for talks likely to focus on trade and investment. Energy-hungry China needs Indonesian coal and gas while Indonesia needs Chinese direct investment, especially in its creaking infrastructure. taken from AFP