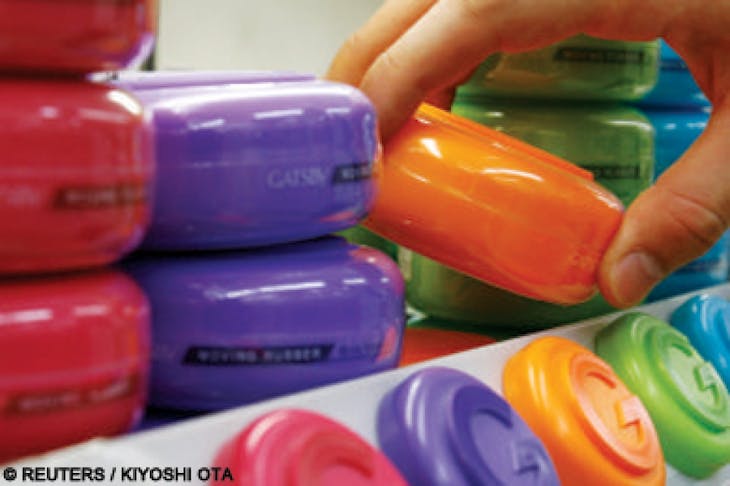 Mandom is, as the name implies, a cosmetics company primarily aimed at men. It is Japanese, but Indonesia is its largest market abroad, accounting for a quarter of total sales.

So Tatsuyoshi Kitamura has had a key post as president director of Mandom Indonesia. Building on a presence of 42 years, the unit is the country's biggest maker of male grooming products. Its flagship Gatsby brand--the same one it says is "top brand" in the men's category in Japan--holds one-third of that grooming market in Indonesia and 15% of deodorant sales, according to brokerage CLSA. It virtually owns a hair-styling segment. 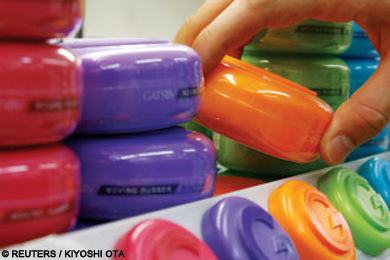 In 1993 the company went public in Indonesia, but Mandom Corp. still owns 60% of the company, with 18% owned by original Indonesian partners and the rest held by the public. The company first started selling imported hair care products under its old name of Tancho (the company changed its name to Mandom in 2001). Its first factory opened in 1971 with 100 staff, and the company hasn't looked back. Today it has two factories, employing 4,200 and producing 500 products across a range of hair care, skin care, cosmetics and fragrances for both men and women. The Gatsby label dates from 1978 in Japan (a Hollywood version of F. Scott Fitzgerald's novel, The Great Gatsby, appeared a few years before) and 1980 for Indonesia.

Mandom in Japan is a $700 million (revenues) business, far smaller than the industry leader, Shiseido. It faces a diminishing home market because of population loss.

The company's long-term success is encapsulated in its oyakudachi (or "helpfulness") philosophy. "We cannot grow without helping others to grow, so if we work hard to make our suppliers grow, our distributors grow and our customers happy, only then we will grow," says Kitamura, who has headed the operation since 2008.

To keep costs low, Mandom tries to buy locally as much as possible. It has also built up a network with close to 100 points of distribution. It sells many products in small sizes. "Therefore, our product is more affordable and can be sold in the smallest stall in the remote area," says Kitamura, 55. Nearly two-thirds of Mandom's fare is sold in traditional outlets.

Despite the historical focus on men, Mandom isn't going to cede half of a ripe market. "Our women's cosmetics sales had the fastest growth of around 37% year-on-year in the third quarter of last year," says Kitamura. As Indonesians become wealthier, more upperend products will be imported from Japan to satisfy demand.

At the same time Kitamura, who is about to return to Tokyo after a threeyear run, expects Mandom Indonesia's exports to rise, especially to other Asian countries but also to Africa. He boasts, "We now contribute about half of Mandom group's overseas revenues."