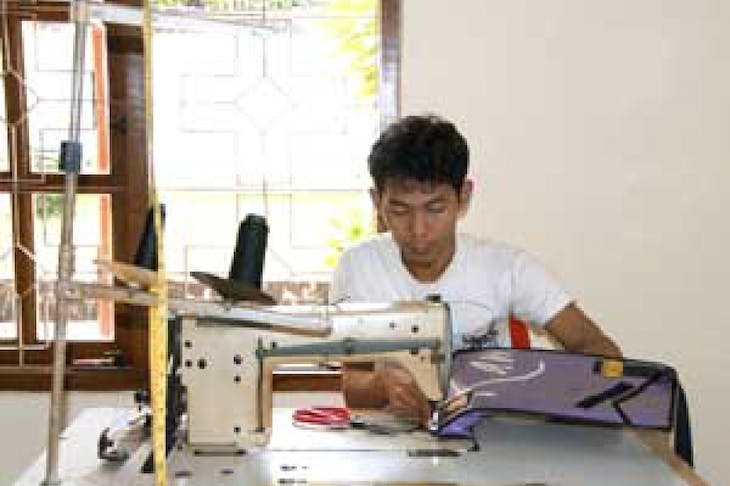 Jakarta, (ANTARA News) - The government finally has set June 7 as the date for the launching of Sail Wakatobi Belitung (SWB), also called Sail Indonesia 2011, which will be held in Wakatobi, Southeast Sulawesi Province, and Belitung in Bangka Belitung (Babel) Province. "The SWB 2011 will be launched on June 7, 2011 in Jakarta to mark the beginning of the marine event," Marine Affairs and Fishery Minister Fadel Muhammad said after chairing a meeting on the preparations for the implementation of SWB 2011 here Wednesday (May 25). At least 200 domestic and foreign participants will join the marine event, and 87 of them have so far registered themselves. According to Syahrin, the chairman of the SWB 2011 organizing committee. Several member countries of the Association of Southeast Asian Nations (ASEAN) have also been invited to participate in the event. The SWB is continuation of Sail Indonesia 2009 in Bunaken, North Sulawesi, and Sail Indonesia 2010 in Banda, Maluku, said Coordinating Minister for People`s Welfare Agung Laksono in Jakarta, on May 10, after chairing a coordinating meeting on the Sail Wakatobi Belitung. Reflecting the importance of the event, the coordinating meeting was attended among others by Youth and Sports Minister Andi Mallarangeng, Social Affairs Minister Salim Segaf Al Jufrie, Marine Affairs and Fisheries Minister Fadel Muhammad, Southeast Sulawesi Governor Nur Alam, Bangka Belitung Governor Eko Maulana Ali, and representatives of the Navy. The SWB 2011`s theme is "Clean Ocean for the Future" and it will have six main activities. The six main activities are yacht rally and yacht race, a Bhakti Surya Baskara Jaya civic mission, national and international seminars, marine youth cross country, and an exhibition on small scale and medium businesses as well as fishery products. The peak events, which President Susilo Bambang Yudhoyono is expected to be present, will respectively take place at Sombu beach, Wakatobi, on August 23-29, 2011, and at Tanjung Kelayang Beach, Belitung on October 5-12, 2011. The flagging off event to mark the start of the yacht rally and yacht race will be held in Darwin, Australia, on July 23, 2011. Other activities highlighting the SWB 2011 will include the inauguration of a marine institute at Wakatobi, underwater mass weddings, underwater chess game, diving contests, a national sailing competition, a traditional sport festival, beach and sea clean up, and a traditional culture and art festival. Minister Fadel has outlined four objectives of the marine event, namely: to make harmonization in benefiting the regions` potential for the welfare of the people; to promote Wakatobi and Belitung as domestic and international tourist destinations; to create the best sailing passange; and to make the marine and fishery potential in the two regions as a living source for the local people and the source of sustainable development in the regions. Earlier Minister Agung Laksono also emphasized the importance of Sail Indonesia as a tourist attraction. Indonesia has set the target of attracting 7.7 million tourists in 2011. The number of tourist arrivals in Indonesia hit a record high of more than 7 million last year. The tourism and culture ministry has revealed the number of international cruise ship calls at Indonesia`s harbors has increased significantly over the past three years. "Indonesia has become a favorite of world cruise operators, as indicated by the number of cruise ship calls which has gone up over the past three years," the ministry`s marketing director general, Sapta Nirwandar, said in here Wednesday. According the ministry`s statistical data, Indonesia received 140 calls with 135,608 passengers in 2009; and 213 calls with 127,674 passengers in 2010. In 2011, the archipelago country received 189 calls, a decrease, but the number of the passengers was significantly up to 135,608 passengers. He believed that Indonesia has a better chance to become a main cruise destination, but at the same time it also poses a challenge for the country to prepare adequate facilities and infrastructure. A seminar on "Cruise Development of Indonesia: How to Meet The Challenge of The Increasing Tonnage and Capacity of The Cruise Ships" wil be held at Sapta Pesona building, Jakarta, on May 30, 2011, to discuss the issue. With the organization of Sail Wakatobi-Belitung 2011, mega cruise ships are hopefully interested in making calls at the two beautiful coastal towns` harbors one day. Having underwater panoramic beauty and breath-taking diving sites, Wakatobi is a biodiversity hotspot especially known for various species of coral reefs. Wakatobi is also situated geographically at the world`s coral reef triangle center and has around 942 fish species and 750 coral reef species. Belitung is as stunning as Wakatobi, as the island is blessed with beaches having blue sea waters, coral reefs, fine white sand, and giant granite rock formations. (*)