Indonesia in the Spotlight. Bright one! Indonesia in the Spotlight. Bright one!

As China tries to cope with what may be its worst power shortage in years, coal demand from the world's biggest consumer is likely to take centre stage at one of Asia's largest coal industry gatherings in Indonesia next week.

China will face stiff competition for coal shipped by Indonesia, the world's biggest exporter of thermal coal, from India where demand for electricity is rising in an economy seen growing around 8.5 percent. 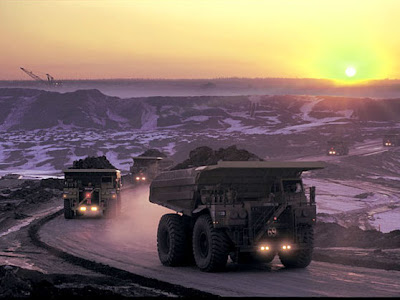 "With domestic prices rising so strongly -- they are basically on par with import prices now -- the likelihood of China being strong importers of thermal coal over the summer is extremely high," said Daniel Hynes, director of commodity research at Citigroup in Sydney.

Chinese domestic coal prices rose to the highest level in more than two years last week as utilities stocked up ahead of the summer months, making imports more attractive.

Chinese buyers have already been on the hunt for Indonesian cargoes as well as some Australian coal over the last few weeks to fill requirements.

If Beijing lifts restrictions on how much coal-fired power plants are permitted to charge more for electricity, as it has already done in some provinces, import demand could grow even higher as utilities burn more coal.

Indian demand for Indonesian coal is also on the rise, and India's short-term and long-term demand is likely to be a focus.

"Over the last couple of months, you're actually seeing the share of India coal imports from Indonesia, increasing... India has made a lot of progress with imports, with year-on-year growth. People will want to see where they are at the moment," said one Indonesia-based analyst who asked not to be named.

Growing demand for Indonesian coal by India, to fill the widening gap between domestic coal output and demand, is likely to continue, the analyst added, resulting in intense competition between India and China for tonnage.

Indian and Chinese companies are also seeking to acquire stakes in Indonesian coal mines to secure their supply, with Coal India , the world's largest coal miner, in advanced talks to buy up to 40 percent of Indonesian low-grade coal producer Golden Energy Mines for up to $1 billion, three sources with direct knowledge of the deal said

Although India is home to 10 percent of global coal reserves, it is plagued by a shortfall in local supplies as demand has grown rapidly with the increase in coal-fired power plants.

India's coal demand is forecast to grow 11 percent a year, reaching 135 million tonnes in 2011/12 with imports set to make up about 20 percent of its total consumption.

The industry will also be closely watching Japanese demand for coal, which withered after the March tsunami took some coal-fired plants offline and forced some utilities to declare force majeure on coal shipments. Some Japan-bound cargoes have been diverted to destinations such as China.

Japanese buyers, particularly industrial buyers, have been indicating a return to the market for coal, market sources said.

"Japanese buyers are starting to think that they might have a slight increase in coal burn," one Australia-based market source said.

But industry watchers said demand so far has been tepid and utilities are still recovering from the tsunami aftermath .

"They are certainly starting to dip their toes back in the water... (but) it's going to be July before the utilities in particular are back on their feet and a bit more comfortable with making some more longer term purchases," Citigroup's Hynes said, adding that a full-blown recovery may not materialise until the late third quarter or even fourth quarter of the year.

Indonesia's coal, generally lower-quality than the coal its neighbour Australia produces, is attractive to Asian buyers seeking bargains, and cheaper freight from Indonesia offers an advantage.

But the lack of infrastructure and some government regulations have depressed production.

"The overall consensus is that production is still under pressure," Singapore-based UBS analyst Andreas Bokkenheuser said.

Indonesia also struggles to deal with a raft of problems including illegal mining and overlapping mining concessions.

In its latest move to clean up the industry, Indonesia's government will audit some 8,000 new mining permits to make sure they are in line with mining and environmental laws.

"For the fifth or sixth year in a row, it's going to be about production, infrastructure and regulations," Bokkenheuser said.

"There will be talk about new land reform, increasing the investment environment in Indonesia -- that will be the primary focus." (REUTERS -Editing by Ramthan Hussain)

Daftar komentar untuk artikel "Indonesia in the Spotlight. Bright one!"