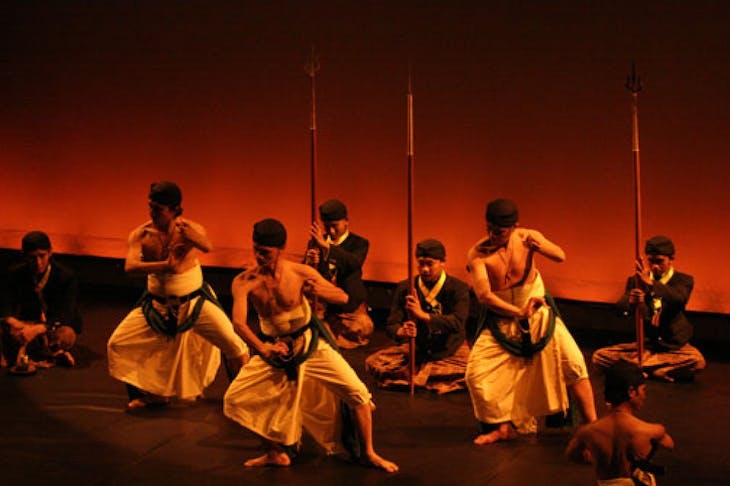 Take everything you think you know or have ever heard about Jakarta and throw it out the window, because the City of Jakarta, on its 484th birthday, is reinventing itself at a rate faster than an airport taxi barrelling down the toll road. Arvada Haradiran offers a few insights into South-East Asia’s hippest and most happening urban playground.

Jakarta’s unofficial nickname, at least amongst expatriates, is “The Big Durian”. This pet name, they contend, encapsulates the love-hate relationship that they have with the vibrant but sometimes vexing city that they call home. Spiky and smelly at first glance, but warm and delicious once you dive into its depths, Jakarta is an acquired taste, just like a durian. A local pop song, aptly titled, “Siapa Suruh Datang Jakarta?” (“Who Told You to Come to Jakarta?”), explores a question that has no doubt run through many a first-time visitor’s overloaded mind.

And yet, for all its problems, the fact of the matter is that Jakarta remains a fascinating place that proudly boasts a rich cultural history, some old world colonial charm and unbeatable hospitality. This sprawling megalopolis surely has a little something for everyone. Geographically, Jakarta is the largest city in the Indonesian archipelago and covers an area of about 661 square kilometres (Singapore covers 697 square kilometres). There are approximately 9.5 million people living in Jakarta, and they are joined by another 5.4 million, who regularly commute into the city on weekdays to work.

One indisputable fact about Jakarta is that it is a place in which one can find virtually anything that one’s heart desires, no matter how rare, antique or odd. Looking for a 1967 Ford Mustang hub cap? Then head down to the weird and wonderful Jalan Surabaya. How about a rare, vintage Rolex Double Red Sea-Dweller model 1665? Try Melawai Plaza. Or maybe you have a hankering for an exclusive Hermes Birkin 35 Fuchsia Ostrich. Simply take a stroll through Plaza Indonesia and the chances are you’ll stumble upon a boutique that stocks what you are looking for.

Jakarta’s upscale shopping malls can these days blow the casual shopper right out of the water. They are typically glitzy, filled to the brim with international brands, and more often than not, spread across seven or more levels of boutique-crammed boulevards. Moreover, there are usually one or two slightly oddball attractions on hand to lure curious customers in. In the case of fX Mall, for example, you’ll find a twisty, transparent, neon-lit slide that will send you surfing down from the seventh to the first floors in a heart-stopping 12 seconds. Over in nearby Pacific Place Jakarta, KidZania, a sprawling, indoor kid-sized replica of a real city, complete with banks, airport and a jailhouse, should keep your little ones entertained for hours on end. The world’s first, high-tech American cultural centre, @america, also proudly stands in one corner of the mall.

Over in the eight-storey, seven-hectare Grand Indonesia Shopping Town, don’t be surprised to find yourself ambling through a Japanese-themed “district” complete with Zen garden one moment, and then suddenly find yourself in a New York subway train in the Main Street USA-themed area the next. At the far end of this international potpourri sits a musical fountain designed by Gary Goddard Entertainment, which entertains shoppers every hour with a charming light and water show. You’ll also find the first and only Chanel boutique in Indonesia down here.

Mal Taman Anggrek boasts an ice-skating rink on its top floor, while next door, the colossal Central Park Jakarta is the city’s newest mega-mall. Central Park Jakarta draws its inspiration from its New York namesake, and features a green, park area as its centre piece. Fashonistas should head to Plaza Indonesia, which still tops the haute couture list, along with the perennially popular power malls, Plaza Senayan and Senayan City, which are situated right across from each other.

If upmarket shopping is not your cup of tea however, then head down to one of Jakarta’s many vibrant traditional shopping centres, which offer everything from cellular phones, clothing and cosmetics, to export-quality shoes, electronics and furniture, all at wholesale prices. Down in the Mangga Dua area, shopaholics can enjoy Pasar Pagi Mangga Dua and the gigantic WTC Mangga Dua, both of which are massive, indoor markets filled with hundreds upon hundreds of shops. Finally, shopping enthusiasts planning to visit Jakarta this summer have another cause for celebration: “The Great Jakarta Sale 2011” begins on 17 June and runs until 17 July.

There is so much more to Jakarta than just shopping, however. Nightlife, bars, clubs, concerts by international artists, cultural events galore and gourmet adventure proliferate in abundance, and the city surely has something for every taste and budget. Jakarta’s nightlife and clubbing scene ranks as one of the best in Asia, and many of the world’s top DJs, such as Steve Angello and Armin Van Buuren, regularly fly into town to spin their unique blends of beats down at clubbing institutions such as Dragonfly and X2.

At the other end of the aesthetic spectrum, fine-arts performances, such as “Matah Ati”, a Javanese dance epic, and “Tan Malaka”, an opera about one of Indonesia’s renowned historical figures, are also easy to track down. As an example of what’s on offer around town, on 15 May, celebrated Italian tenor, Andrea Bocelli, performed in the ballroom of the Ritz-Carlton Jakarta, Pacific Place. Aside from foreign visitors though, the Indonesia Opera Society, founded and led by Erza S.T, actively produces its own operas and classical music concerts, including the widely-acclaimed 2008 opera, “La Serva Padrona” by Giovanni Battista Pergolesi.

If there’s a lull between performances and concerts, then why not embark on a cultural tour of Jakarta? There are over 40 museums in the city, most of which are eminently visitable. Trinity, the author of “The Naked Traveler” series, shared her favourite take on Jakarta culture with us. Setu Babakan, one of the last remaining traditional “Kampong” (villages) of the ethnic Betawi people, the native inhabitants of Jakarta, is well worth a look according to Trinity. Museum Layang-Layang (Kite Museum); Museum Bank Mandiri, which displays colonial-era currencies; and the St. Maria de Fatima Catholic Church, which looks more like a Chinese temple than a church, are also on Trinity’s list.

If you like your food, the rest assured that you can find virtually every type of cuisine known to man in Jakarta. For example, in the Petak Sembilan market area of Glodok in Chinatown, you’ll find what Erza calls, “Jakarta’s candy road”. Here, you can gorge yourself on all kinds of Chinese cookies, cakes, candies, snacks and confectionaries, set amidst a classically Chinese array of red lanterns, ornaments and burning incense. And Erza’s other favourite culinary haunts? “Anomali Coffee in the Setiabudi One building is best for coffee. Their Kopi Luwak is as good as a glass of Bordeaux! Head to Sabang 16 Café on Sabang Street for the most delicious srikaya toast. For fine dining, Ebeya, Y Grill, and Tatemukai are all hidden dining gems that are mostly known by the town’s genuine gourmets.”

Other current dining hotspots of note in the city include Amuz, an authentic French bistro; Jackrabbit, an incredibly hip eatery that serves New American cuisine paired with serious cocktails in a 1920s, art-deco setting; and Café Batavia, a long-time institution that boasts a large slice of colonial swank. Pick up a copy of “Jakarta Java Kini” magazine for all the latest scoops on Jakarta’s newest and hottest dining establishments.

Jakarta is a huge city that boasts such an enormous amount of activities and attractions that covering everything in a feature such as this is simply impossible. However, arguably some of Jakarta’s best and most authentic experiences remain well below the radars of most visiting foreigners to the city, and, ironically, of many locals as well.

Julie Shingleton, a French expatriate and a member of the Indonesian Heritage Society, has this to say about the city: “Jakarta is full of hidden gems waiting for adventurous explorers willing to head off the beaten track to discover. One of my favourite spots is Cilincing, where you can find the Buddhist House of Ashes and a temple. These two are both walking distance from a crematorium for people of different faiths. Not an attraction for the fainthearted, but fascinating nonetheless. On the other side of town lies a Hindu temple that sits right next to the water. When I visit this place, I feel like I’m in Bali, and yet, here I am, in North Jakarta, less than 40 minutes drive from Monas (Indonesia’s National Monument).” A much simpler, albeit quite daring, way to experience a uniquely Jakartan adventure presents itself in the form of the city’s bus system. You cannot claim to have truly been to Jakarta if you have not yet hopped on one of these prehistoric, aggressively-swerving monsters. A ride in a green-and-white Kopaja, or an orange Metro Mini, is liable to be a slightly disconcerting experience, but one that is authentically Jakarta through and through.

Squeeze yourself into one of the crudely welded seats designed to accommodate smaller Asian builds, flinch at the driver’s creative driving techniques and breathe in more exhaust fumes than you ever thought possible without passing out. The on-board entertainment, consisting of street musicians singing unplugged versions of Indonesian and Western pop songs, will also not be forgotten in a hurry.