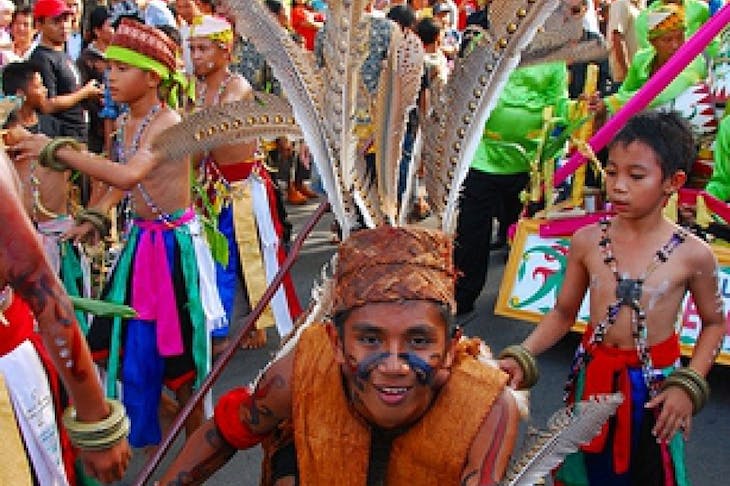 From the vantage point of Jakarta, both Pontianak and the province of West Kalimantan would appear isolated and cutoff — far from Senayan and the center of power.

However, a combination of decentralization and the boom in natural resources has enabled the province to reinvent itself since the collapse of its timber-related industries in the late ’90s, not to mention anti-Madurese violence of the same period.

While the hulking saw mills still line the mighty Kapuas River, almost all of them are empty and deserted. Instead, these days economic activity has shifted further inland as plantations have opened up deep in the heart of the vast province. 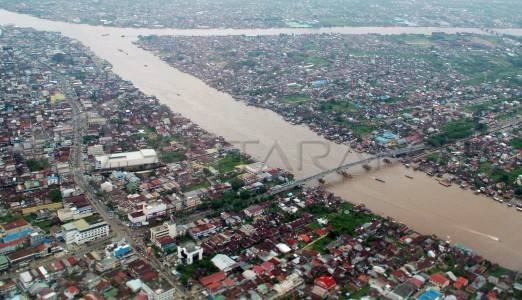 Moreover, proximity to the Malaysian state of Sarawak has meant that Pontianak residents are no longer so isolated — in fact, they can either drive (seven hours) or even fly (40 minutes) to the state capital, Kuching. Indeed, there are reported to be well over 2,000 Indonesians students in Kuching’s many private schools and colleges.

Pontianak’s Ah Siang coffee shop on Jalan Merapi encapsulates the buoyant mood in the province. In the mornings, the establishment’s tables are spread out onto the street. Opening at dawn, it’s a local institution with a crowd that comes and goes from dawn through to lunch. There are businessmen, politicians, civil servants, bankers, oil palm planters and former timber men.

The owner’s specially roasted coffee is justly famous and breakfast is the busiest time of day with countless orders of soft-boiled eggs, toasted bread and kaya (coconut spread), onde-onde (rice flour balls stuffed with palm sugar) and rice porridge from a neighboring stall.

Most of the patrons are ethnic Chinese, though there is a sprinkling of indigenous faces. The crowd is lively and at times boisterous with Khek (Hakka) and Teochew being spoken alongside bahasa Indonesia.

Ah Siang is a local hub, a place where people stop both for the coffee as well as the latest gossip — and since the province is so vast, there are stories from distant districts such as Kapuas Ulu and Ketapang as well as more local updates about newly transferred civil servants and police officers and the latest business deals in town.

At the same time, I’ve always felt that the weakness of the Indonesian legal system means that most local businessmen are heavily reliant on family relationships and personal trust.

In Indonesia, your word really is your bond and places like Ah Siang are vital for establishing that trust. Jakarta’s equivalents would be Loewy in Mega Kuningan or the Hotel Mulia’s resplendent lobby lounge.

Coffee shops like Ah Siang aren’t so common on Java. They’re more frequent on the outer islands, and especially where there’s a sizeable ethnic Chinese community — towns such as Medan, Palembang, Pangkal Pinang and, indeed, Pontianak, which is well over 30 percent Chinese.

Still, I’m a coffee drinker and in the mornings I prefer bread to rice, so for me Ah Siang was a rare treat. Needless to say, I ordered stacks of toasted bread and kaya. Having satisfied my craving for coffee and munched on a few succulent onde-onde for good measure, I concentrated on the local news.

At the time of my visit late last month, President Susilo Bambang Yudhoyono was expected in a few days’ time and the town was buzzing with activity as deputations from the capital descended on the city, checking out security arrangements and protocol for the tour.

I chatted with a local property developer. We ended up comparing Pontianak to nearby Kuching.

He thought Kuching was good value. Living was reasonable and the food was cheap. At the same time, the streets were well laid out and safe.

However, he felt Sarawak’s economy was too slow for him, saying that property in Pontianak had risen tenfold since the reformation era, whereas prices in Kuching had remained stagnant. “The schools and hospitals are good, but life’s a little boring there,” he said. 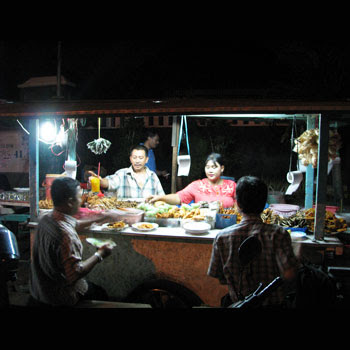 Wages in West Kalimantan have risen across the province as plantations have opened up in the interior. Indeed, local people no longer want to work as household servants. Why should they when they can tap rubber for themselves and earn up to Rp 100,000 ($11) a day?

As West Kalimantan undergoes a dramatic rebound, Ah Siang coffee shop will only get busier.

News Source: The Jakarta Globe, by Karim Raslan (Karim Raslan is a columnist who divides his time between Malaysia and Indonesia)