Paradise in the Wilds of Papua 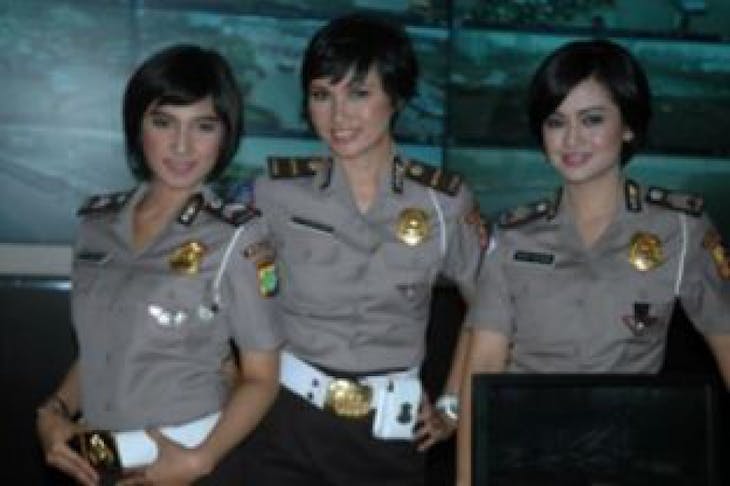 Paradise in the Wilds of Papua

For decades, the only foreign visitors to venture into Papua were gold-diggers, anthropologists, missionaries and soldiers fighting imperial wars. But the vast, western half of New Guinea island is slowly opening its doors to tourists as a “hidden paradise,” a land of ancient tribal cultures, glittering reefs, soaring glaciers and teeming wildlife. Recreational travelers number a few thousand a year at most: people like Sarah Gabel, a 29-year-old American who says she is “captivated by people who live in harmony with nature.” That’s what she found in the Baliem Valley, the long-isolated home of the Dani tribe high in the Papuan central highlands, outside the town of Wamena. “I made a one-week trek. I crossed rivers in the wild, slept in huts and met semi-naked men hunting wild boars with arrows,” she said. This kind of “ethnic tourism” is growing in New Guinea, the largest island in Asia, where a thousand indigenous tribes are divided between the independent state of Papua New Guinea to the east and the Indonesian-controlled provinces of Papua and West Papua to the west. “The clients come mostly from Europe and the US. They don’t look for five-star hotels but want to discover unknown territories and authenticity,” explained Iwanta Perangin-Angin, whose agency, Papua Adventure, offers stays in Baliem. Packed with exotic wildlife, Papua also attracts nature buffs and ornithologists in search of birds of paradise and cockatoos. Environment group WWF last week announced the discovery of more than 1,000 new species on New Guinea, including a frog with fangs and a round-headed dolphin. The Raja Ampat marine park has also earned a reputation as a diving mecca, with more and more live-aboard boats offering extended voyages around the area’s dozens of pristine reefs. “Papua is a hidden paradise. It’s a unique destination with a lot to offer, from wild beaches to high mountains and deep jungle, with a strong culture and beautiful art,” said Azril Azahari, a professor at Trisakti University Institute of Tourism, “It’s a niche market because it’s very expensive and visitors need to be in good shape to support the climate, the hilly landscape and the very basic transport.” And then there’s the political situation. Indonesian troops are accused of widespread human rights abuses against indigenous tribes which have been waging a low-level separatist war since the 1960s, often armed with little more than slings and arrows. Foreign journalists and aid workers are barred from visiting the resource-rich provinces of Papua to report on the rebellion. “The political situation has been quiet for some time but Papua is still seen abroad as an unsafe destination. The government has to do something to change this reputation,” Azahari said. “It is essential to develop grassroots, community-based tourism which benefits local people and increases their incomes. The future doesn’t lie with luxury resorts.” Others warn against the worst outcomes of “ethnic tourism,” such as promoting tribal people as “primitive” when they are not. This is already happening in the form of reconstructions of tribal wars. When tourists arrive, the Dani men take off their shorts and T-shirts, paint their bodies and attach traditional penis gourds known as “kotekas.” “Papuans are very proud of their traditions but they are weakened by the modern world,” said Yotam Yorgen Fonataba, organizer of an annual cultural festival at Sentani Lake, near the Papuan provincial capital of Jayapura. “I’m still optimistic our culture is strong and we want to protect it. For this, we need to show the world our creativity.” Launched four years ago, the festival brings together thousands of people from 24 communities scattered around the huge lake. To the rhythm of traditional drums known as “tibas,” warriors sing haunting tribal songs while dancers, clad in richly colored costumes, sway on boats that glide across the still lake. A student choir sings a song which goes: “I am Papuan, I have dark skin, I have curly hair. Papua, a piece of heaven fallen on the Earth.” Agence France-Presse Source: The Jakarta Globe

Daftar komentar untuk artikel "Paradise in the Wilds of Papua"