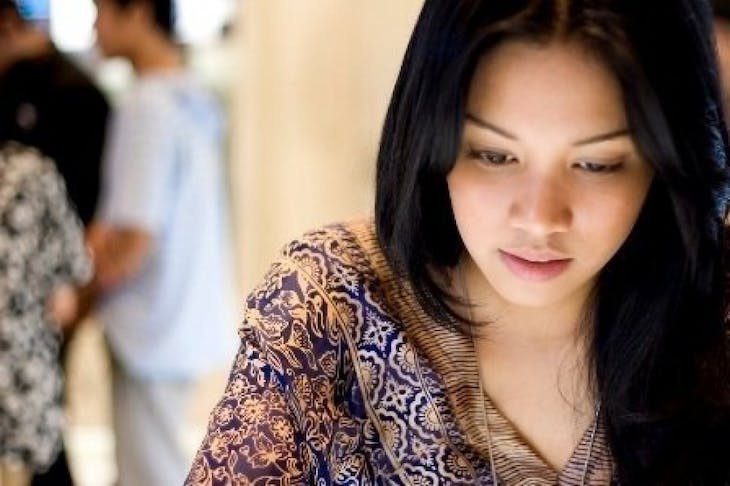 Capitalism and business go hand in hand as everyone knows. And while profits are likely the focus of industrial success, one group of young Indonesians would rather run a socially oriented affair. With the name Health Wealth RocknRoll, or HWR for short, a few entrepreneurs have made Sawarna one of their projects of the moment. HWR has a dream of making Sawarna a sustainable village. By sustainable they mean to provide continuing living resources for residents by introducing them to the concept of renewable energy and the methods and technology necessary, as well as to provide information access like the Internet. “With the natural splendor like [Sawarna’s], it would be great if we could manage things so that the beauty can remain,” said HWR co-founder Jay Arief Rahman. Another co-founder Raul Naldho Putra added, “So far, we have supported their shops with solar panels for electricity. We also have a plan to create a food production program.” Explore, Involve, Inspire: Three simple words have become their moral fiber. “That’s what we’re doing. To explore Indonesia, to be involved in social activities and to inspire people to impart their legacy,” explained Raul. They might seem like an ordinary group of travelers at a glimpse, but they have a social entrepreneurial mission. Exploring doesn’t mean only a remote village like Sawarna or their other ongoing project in Cipicung, Bogor. While HWR’s first batch of volunteers were making inroads in Sawarna society last June, Raul was in Yogyakarta developing his area of expertise — the arts. HWR encourages each member to specialize so that each person can be independent and provide creativity in society. “The bottom line is we want to contribute something different to society. We want to share the concept of living to the fullest by understanding what it takes to be healthy, wealthy and live with a rock and roll attitude, and also to provide an alternative solution, to live without money,” explained Jay. Raul is a full-timer with HWR who has spent 80 percent of his life moneyless. He has been exploring culture, education and opportunities that are within HWR’s vision. “In a country like Indonesia, money is not the number one tool you need to survive, but you need the courage to explore, involve and inspire,” Jay said. He also thinks in the next five years youth will not want to be stuck in a 9 to 5 routine. Jay said, “Let’s say you graduate from high school and don’t know what to learn [next]. They will have HWR as something they can pursue within a short or long-term goal. Or there’s also the case of young people who are tired of working in the office, they don’t know what to do, and they feel they are not talented as businessmen. They can have the option of becoming ‘explorers’ with HWR. It will cost them a small amount of money, but even that money will be used to develop personal infrastructure where they won’t need money in the future.” But it doesn’t seem like the concept has been embedded perfectly in all HWR members. Imee Christy, a bank employee who is part of HWR’s first batch of explorers, does not know much about HWR’s other activities than traveling. She said she was attracted to the idea of exploring remote and exotic places in Indonesia, but she has no idea what other things HWR is involved in. In response to this, Jay said exploration trips weren’t intended as educational. They use social media to spread their vision and updates, while trips aim at experiencing nature and bonding with fellow social entrepreneurs. Source: The Jakarta Post