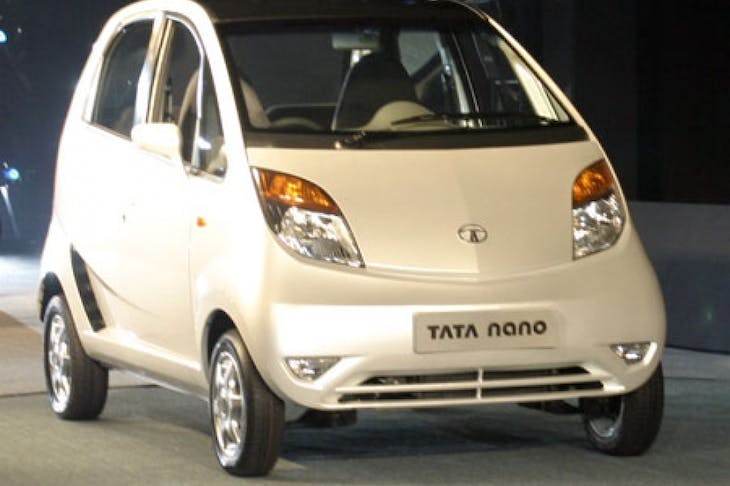 The 10th November Institute of Technology (ITS) from Indonesia managed to garner the best efficiency performance in the Urban Concept Category with a distance of 149.8 kilometers/liter during the Shell Eco-marathon competition in Sepang, Kuala Lumpur, Malaysia. ITS’ winning car is called Sapu Angin 4, which uses a 100 cc diesel engine. ITS sent three cars to compete in the marathon and they were Sapu Angin 3, Sapu Angin 4 and Sapu Angin 5. This is the second time in a row for ITS to win the competition in the Urban Concept category. Following its debut event last year, Shell Eco-marathon Asia has attracted more participants, with 93 teams from 12 countries, including new entrants from Brunei Darussalam, Chinese Taipei and Vietnam. The annual competition challenges students to design, build and drive a vehicle that can travel the furthest distance on the least amount of fuel. Student teams participated in either the Prototype or Urban Concept categories. For the Prototype category, teams entered futuristic prototypes – streamlined vehicles focused on maximizing fuel efficiency through innovative design elements, such as drag reduction. For the Urban Concept category, teams entered more “roadworthy” fuel-efficient vehicles. Aimed at meeting the real-life needs of drivers, these vehicles are closer in appearance to the cars seen on roads today. Meanwhile, Thailand managed to sweep the field at the marathon by taking top spots in the events for both student teams and day-to-day motorists. Students from Thailand and Singapore also set two new records at the marathon. Thai team Luk Jao Mae Khlong Prapa emerged winner under the Prototype Category, despite being newcomers to the competition. They set a new record of 2,213.4 kilometers on a liter of ethanol, enough to drive from Kuala Lumpur to Chang Mai in northern Thailand. “We are really happy with the results and we are really proud to join this competition. We will bring the experience from this event with us into the future,” Luk Jao Mae Khlong Prapa Team Manager Narongdech Keeratipranon said. This is even further than last year’s record - 1,521.9 km/l – which could take them from Kuala Lumpur to Bangkok. Last year’s winner, another Thai team, Kang Thabbok Upatham Changkol Kho So Tho Bo School also did better, improving their showing, chalking up 1,607.9 kilometers. Singapore’s NP-Distanza Proto, from the Ngee Ann Polytechnic, also set a new record of 84.9 kilometers /kWh with a prototype hydrogen fuel cell vehicle. “It has been an honor to participate in this regional competition. It has been a great opportunity for Ngee Ann Polytechnic - this is not something most ordinary schools can come up with. We are proud to be in this team and are grateful for the exposure,” team driver Pay Chin Koon of Ngee Ann Polytechnic said. Another highlight of the E-mobility class introduced this year was the Malaysian team from the UTM International Campus clean vehicle team, with 390.4 km/kWh. Commenting on the new Asian records, Shell Eco-marathon Technical Director Norman Koch said that Asian students managed to surprise him by designing remarkably improved cars. “We are seeing a lot more reliability, teams being able to get more immediately on the track, not having to do quite so many reviews which come through experience, but you can see the year-on-year improvement is dramatic and you can only expect to improve that next year as well,” Koch said. Source: The Jakarta Post