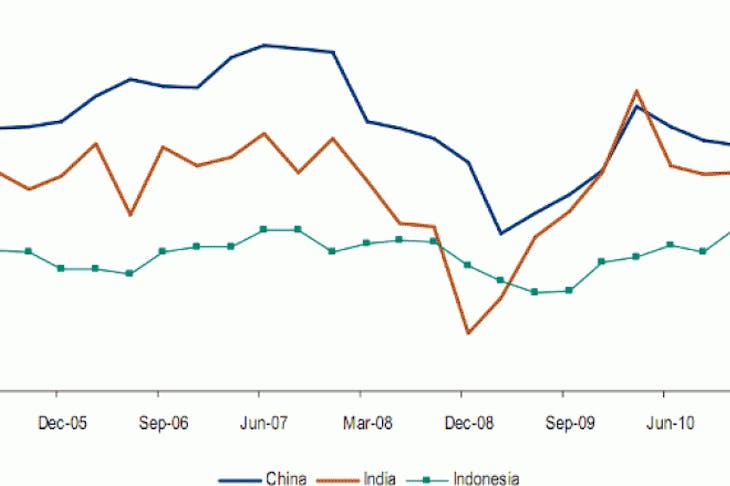 Like in many other developing countries, tourism in Indonesia has proven able to contribute to economic growth as well as to the reduction of poverty and unemployment. Because of that, Indonesia has set ambitious targets for tourism growth this year, as the country looks to realize its potential as a leading international destination for visitors and expand an important part of the economy. According to Coordinating Minister for People`s Welfare Agung Lasksono, development in the tourism sector in Indonesia resulted in a 7.8 percent reduction in the unemployment rate this year. The minister made the statement in a function to open "Kemilau Sulawesi Art and Cultural Festival" in Mamuju, West Sulawesi, on Sunday. The festival was conducted in West Sulawesi to promote the tourism potential of six provinces on the island of Sulawesi. It was attended by thousands of people and tourism business players from five provinces, namely North Sulawesi, Gorontalo, Central Sulawesi, South Sulawesi, and Southeast Sulawesi. On the occasion, Agung Laksono said the tourism sector in Indonesia has a very significant role in economic development and people`s welfare because it has been able to reduce unemployment rate by 7.8 percent this year. He said that besides reducing the unemployment rate, the tourism sector was also able to promote the country`s economy by increasing the gross domestic product by about 7.6 percent. According to the people`s welfare minister, the tourism sector in the country was as also able to spur an increase in exports of Indonesia`s natural resources of around 7.5 percent to other countries. Since the tourism sector can bring prosperity to the nation and speed up the national development, Agung said it should also be developed intensively at regional levels. "Therefore the Kemilau Sulawesi Festival to promote art and cultural assets is expected to be an important momentum to step up the tourism sector in Sulawesi in specific and in Indonesia in general," Agung said. Agung admitted that Sulawesi has abundant and potential natural resources and tourism assets that have to be developed and promoted intensively President Susilo Bambang Yudhoyono has said tourism sector played an important role not only in the preservation of cultural values but also in improving people`s welfare by providing job opportunities to millions of people. In his address to open Bali Art Festival 2011 in Denpasar on June 10, the head of state said tourism was a pre-eminent sector in developing countries and a key to environmentally-friendly economic stimulus. The president said tourism was a resilient sector in the face of global crisis, and even in the post-global crisis 2008 Indonesia saw a strong start of tourist arrival figures which increased by 15.68 percent year on year to 1,405,456 people. Even the United Nations World Tourism Organization (UNWTO) has also recognized a significant development of Indonesia`s tourism sector over the past ten years. Therefore, UNWTO Secretary General Taleb Rifai presented an Open Letter to President Yudhoyono in Nusa Dua, Bali, on June 11, 2011, to acknowledge Indonesia`s commitment to developing the tourism sector. Culture and Tourism Minister Jero Wacik has said Indonesia was the first Asean country to receive the letter because the UNWTO considered Indonesia has a very high commitment to promoting tourism. The UNWTO and the World Travel and Tourism Council (WTTC) are jointly presenting the Open Letter to heads of state and government around the world, calling on political leaders to acknowledge tourism`s role in facing global challenges. Research by WTTC suggested that official figures greatly understate the importance of tourism to the Indonesian economy. The WTTC forecast that the sector, including domestic tourism, would contribute US$26 billion to Gross Domestic Product (GDP) in 2011, 3.2 percent of the total. But given tourism`s effect on demand in other sectors, the WTTC estimated that the total contribution to GDP, directly and indirectly, would come to US$75.3 billion, or 9.1 percent of the total. The WTTC expects tourism to grow strongly over the next 10 years, forecasting 5.8 percent average annual growth of both sector GDP and overall economic impact. Meanwhile, its expects investment in the tourism sector to grow by 6 percent annually from US$9.5 billion in 2011. Therefore, Culture and Tourism Minister Jero Wacik announced late in January 2011 that "Wonderful Indonesia" would replace the previous "Visit Indonesia Year" branding used by the nations official tourism promotion campaigns. Jero Wacik announced at the time that in 2010, foreign tourists visiting Indonesia touched 7 million and made prediction of 7.7 million in 2011. He also described the new branding as reflecting Indonesia`s beautiful nature, unique culture, varied food, hospitable people, and price competitiveness. "We expect each tourists will spend around US$1,100 and with an optimistic target of 7.7 million arrivals, we will get US$8.3 billion from this," the minister said. Wacik added that 50 percent of the revenue would be generated from around 600 meetings, conventions, exhibitions, and art and cultural festivals that were expected to take place in various places across the country in 2011. Therefore, among this year`s events to promote the country`s tourism sector were Kemilau Sulawesi Art and Cultural Festival in West Sulawesi, Lake Sentani Cultural Festival in Papua, and Bali Art Festival. Both culture and the natural beauty found nowhere else around the world are major components of Indonesian tourism. The white sandy beaches in Papua, Maluku, Bali; the diving sites in Banda, Bunaken, and Wakatobi; Komodo island in East Nusa Tenggara and various national parks in Sumatra are just a few examples of popular scenic destinations in Indonesia for overseas tourists.