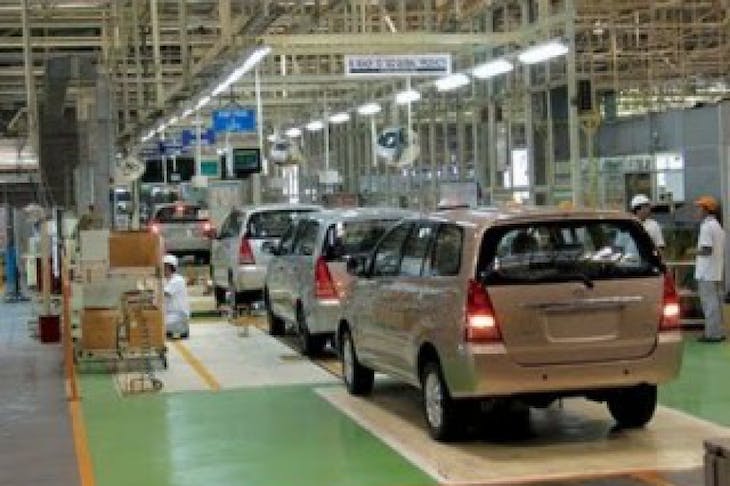 I met an old man in a coffee shop in Broadway, New York. I thought he was a Chinese, but when he saw my "Damn I Love Indonesia" t-shirt, he called up to me, "Hi Indonesia, come join me!" He was a tourist from Thailand. He said to me that he'd been following all the good news from Indonesia published by international media. "You are so lucky. While Thailand is fading, Indonesia is running fast," he added. I responded by saying that Thailand is recovering so fast after the political turmoil in the last  5 years, and it'd soon regain it's long awaited sound economic guard. He smiled and said, "Thank you, you are an optimistic young man". Well, I am.  :) Thailand, had been the sweetheart of many investors since back in late 80's, tourists had been flooding in, investment had been really significant, and the characteristic of Thai people really helped it to make Thailand one of East Asia's miracles. Thailand is the Detroit of Southeast Asia, the largest car producer in the region, it's export level surged exponentially in the last decade. It's GDP was once so close to Southeast Asia's largest economy, Indonesia.  Now, it's less than half of the later GDP. What happened? I am not too sure. I am sure, the Thai tourist I met in NY had no answer either.

But really, Indonesia has begun to run now, no longer walking. It's inevitably one of international investor's most dearing country. While India's economy is overheating, inflation is close to 10%, Indonesia is relatively way better under-control. Its modest growth has helped it avoiding the same situation India currently suffers from. Indonesia is demonstrably one of the world’s rising economic powers, and has now set the target of shifting up a gear to become one of its very biggest in less than a generation. Let's wait... (To be continued) By Akhyari Hananto