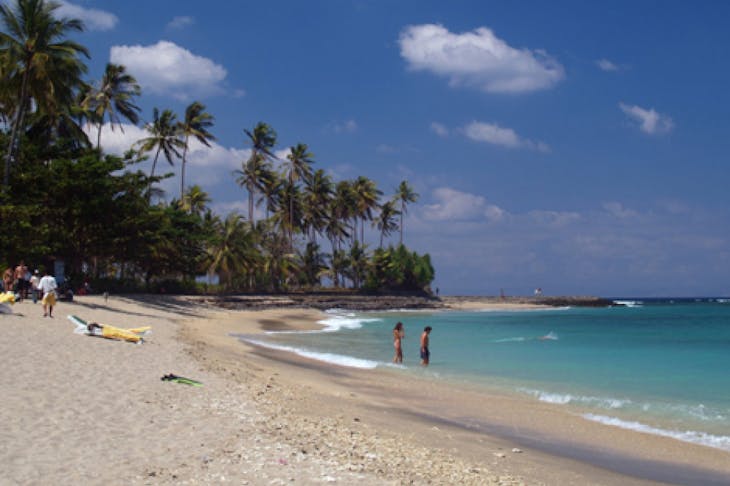 Indonesia sites astride one of the world’s most critical submarine chokepoints. A large share of global trade must pass through the critical Straits of Malacca, and the shallow littoral waters around the Indonesian archipelago. That makes for excellent submarine hunting grounds, but Indonesia has only 2 “Cakra Class”/ U209 submarines in its own fleet, relying instead on frigates, corvettes, and fast attack craft.

South Korea’s Daewoo, which has experience building U209s for South Korea, has been contracted for Cakra Class submarine upgrades. Even so, submarine pressure hulls have inflexible limits on their safe lifetime, due to repeated hydraulic squeezing from ascending and descending. The Indonesians have expressed serious interest in buying 3-6 replacement submarines since 2007, with French, German, Russian, South Korean, and even Turkish shipyards in the rumored mix. Other priorities have shoved the sub purchase aside, but a growing economy and continued interest continue to keep the prospect of a decision alive…

Broadly speaking, the Indonesians could consider 3-6 potential diesel-electric powered submarine designs, from 5 different countries reported to date. The biggest technical and political question is whether Indonesia wants an Air-Independent Propulsion (AIP) addition that allows up to 3 weeks of submerged operation, at low speed. That makes disel-electric submarines harder to detect, but would provoke regional concerns from its neighbors. Indonesia may actually decide it prefers a conventional design that “shows the flag” on the surface more often, due to its location and need to maintain good relations. Time will tell.

Indonesia already operates a U209 variant, and could choose to simply buy more U209s with fully modern internal systems. That would be a cost effective option with low additional support costs.

HDW’s latest export product is the U214, with an AIP system. It is more advanced than the U209, and more expensive. Variants and related designs have been ordered by German & Italy (as the U212), Greece, South Korea, and Turkey.

Either one of HDW’s sub types could be manufactured by Germany, South Korea, or Turkey. Turkey is playing the Islamic card, and trying to get extra work for its shipyard. South Korea has an existing relationship with Indonesia’s submarine fleet, and can play the regional & support angles as well.

France’s DCNS has 3 relevant offerings. The most prominent is its Scorpene Class, which has been ordered by nearby Malaysia and by India. India is assembling its 6 submarines locally, but that has led to delays, and they would be an unproven shipyard for re-export purposes. The Scorpene can be delivered with or without AIP systems, just like its Agosta 90B predecessor that is being built for Pakistan in both configurations. To date, ordered Scorpenes have been the standard CM-2000 variant.

One unique option that DCNS could offer its its Andrasta Class pocket submarine. This small 855t design is optimized for littoral, shallow water environments like Indonesia, much like the used German U206 boats that Thailand is reportedly ordering. The Andrasta uses many Scorpene technologies, but trades shorter cruising range and 6 torpedo tubes that can only be loaded in dock, in exchange for more underwater stealth and lower cost. This would be the least regionally provocative choice, and might be the least expensive per boat, while giving Indonesia a potent threat within its home waters. The question is whether its capability set interests the Indonesians. Vietnam, with similar underwater terrain and frugal budgets, chose to buy Russian Kilo Class submarines instead.

On which topic, Russia has made a strong play of its own, and has begun supplying Indonesia with a variety of defense equipment in recent years. Most of that buy has been land vehicles and aircraft, but the Indonesian Navy did buy long-range supersonic P800/SS-N-26 missiles to equip some of its ships.

Indonesia appreciates Russia’s prices, and lack of interference with how their equipment is used. Russia’s Kilo/ Improved Kilo Class submarines are a good technical choice for India’s environment, and popular around the world; nearby countries who operate or have ordered these subs include India, Vietnam, and China.

July 23/11: The Turks say one thing about Indonesia’s submarine deal, the Koreans another. Only one can be right. South Korea’s Chosun Ilbo says:

“A [Indonesian] senior government official said Taufik Kiemas, the speaker of the Indonesian People’s Consultative Assembly, told [South Korean] Prime Minister Kim Hwang-sik on Wednesday morning that Daewoo is virtually certain to get the nod for the [US$1.08 billion submarine] project. “There still are some more processes to follow, but the deal will be struck, unless something comes up,” the official said.”

If either Turkey or South Korea land this deal, however, one thing is certain: the submarines in question will be from Germany’s HDW. Both the Turkish and Korean shipyards have experience building U209 vessels, and both have also signed deals to build new U214s, with Korea’s KSS-II program slightly ahead of Turkey’s.

June 30/11: A Turkish Ministry of Defense official tells Today’s Zaman that a deal with Indonesia for 2 U209 submarines is “very close.” If the expected deal between the two states is signed, Turkey’s Savunma Teknolojileri Muhendislik ve Ticaret A.S. (STM) would partner with HDW to build them in the Golcuk shipyard.

Dec 9/09: The Jakarta Post reports that Indonesia’s submarine buy is at least 4 years away from a contract, given the government’s needs and priorities. Navy Chief of Staff Vice Adm. Agus Suhartono is quoted:

“We will choose a country that can provide us with a product at a competitive price and offers better transfer of technology options,” he said. “The tender process will be open using a credit export financing scheme.” Each submarine is estimated to cost around Rp 3.5 trillion (US$371.85 million).”

“Three more companies from Russia, Germany and France competed for the deal. But sources said the Indonesian Navy demanded unacceptable terms so Daewoo and the German and French firms dropped out. Only the Russian firm remained, forcing Indonesia to instigate a second round of bidding…. Russia is considered its major competitor, since it is backed by well-established political ties with Indonesia and an offer of a $1-billion loan. In another negative sign, the incumbent Indonesian defense minister is said to be pro-Russian.

In the end, the second bid is likely to be a duel between Korea and Russia, according to informed officials, with the other two bidding countries skeptical about Jakarta’s request on price cuts… Daewoo is planning to enter the second round of bidding for the subs, hoping to take advantage of ties cultivated since the establishment of its Indonesian unit in 1976.”

“There’s always been a plan to purchase submarines and I’ve surveyed a few submarine workshops in Moscow, Russia. This submarine will display our naval strength and allow us to be ready for any armed conflicts…. It’s not necessary to own many submarines since they are expensive, just three state of the art units will suffice to safeguard the integrity of our waters,” Ihza said…. My colleagues and I at the House have fought for an increase in defense spending, yet unfortunately this isn’t possible now….”

Indeed, only 1/3 of the proposed defense budget was approved. Jakarta Post.