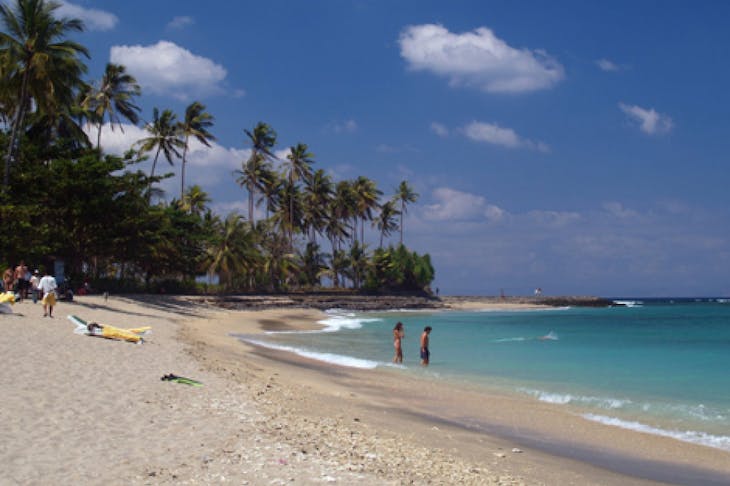 CNNGo published an article last week that ranks the 50 most delectable eats on the planet, and one of Indonesia's most popular dishes, rendang, made it onto the list at number 11. Unfortunately, neither nasi goreng, sate ayam nor Indomie made the culinary hall of fame, with rendang being the spice-rich country's only native cuisine to make the cut. The article, titled “World’s 50 Most Delicious Foods,” did not specify what sort of criteria it used to compile the list. It only says, “we’ve scoured the planet for what we think are 50 of the most delicious foods ever created.” And by delicious, it suggested, “foods worth traveling the world to gorge on.” The entry on rendang first introduces how to make the dish and what goes into it, before explaining to the readers what rendang can do to food buffs. “Beef is slowly simmered with coconut milk and a mixture of lemongrass, galangal, garlic, turmeric, ginger and chilies, then left to stew for a few hours to create this dish of tender, flavorful bovine goodness. “Tasting it fresh out of the kitchen will send your stomach into overdrive, but many people think it gets even better when left overnight,” the article testified. Overzealous Indonesians may fervently find the list objectionable, mostly because our wonderful rendang fell just short of making the top 10 list because of the presence of Malaysia's penang assam laksa, ranked number 7. I sure hope no vigilante group will declare war on Malaysia over this — and I hope no Malaysians send CNN a letter claiming that rendang is actually theirs. Take this with a pinch of salt, please. Topping the list is massaman curry from neighboring Thailand, which the article describes as “spicy, coconutty, sweet and savory, its combination of flavors has more personality than a Thai election.” Coming in at second and third place is Italy's Neapolitan pizza and Mexico's chocolate, respectively. But the top 10 list suggests that, in the culinary world, Asian hegemony prevails — Japan's sushi (4), China's Peking duck (5), Thai's tom yum goong (8) all made it to the top, as well as the laksa and curry. Europe was represented by the pizza and Germany's famous hamburger, while the only African cuisine joining the culinary elite is Gabon’s chicken muamba. Another interesting thing to note about the list is a number of America's much-globalized snacks and condiments curiously making the list: buttered popcorn (50), potato chips (48), ketchup (39), and ice cream (9). With the tagline of “foods worth traveling the world to gorge on,” one can't help but wonder: can't we buy these American foods pretty much at any store near anyone's house anywhere around the world? Top 10 1. Massaman curry, Thailand 2. Neapolitan pizza, Italy 3. Chocolate, Mexico 4. Sushi, Japan 5. Peking duck, China 6. Hamburger, Germany 7. Penang assam laksa, Malaysia 8. Tom yum goong, Thailand 9. Ice cream, United States 10. Chicken muamba, Gabon Source: The Jakarta Globe