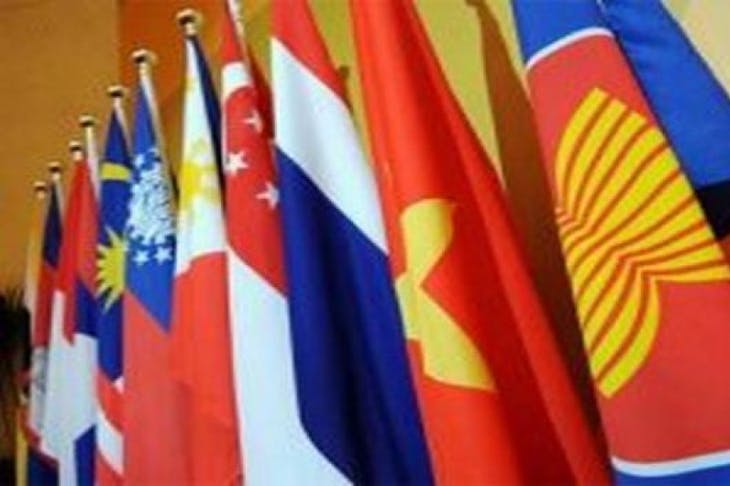 JAKARTA, KOMPAS.com - The Indonesia-Malaysia Round Table Conference Indonesia has recommended Malaysian/Indonesian language as official language of ASEAN, like accepted by the ASEAN Inter Parliamentary Association (AIPA), an international relations expert said. "The forum has made a recommendation, one of which for of the use Malaysian/ Indonesian language as official language in ASEAN," Director of International Study Institute of FISIP (social and political science faculty), Syarif Hidayatullah UIN Nazaruddin Nasution SH, MA, told ANTARA in Jakarta Thursday. He said those taking part in the forum will make the recommendation while hoping heads of state of ASEAN give their approval at the upcoming summit. The Indonesia-Malaysia Round Table Conference in Kuala Lumpur on July 25 and 26 is sponsored by Foreign Policy Study Group (FPSG)- Malaysia and Eminent Persons Group (EPG)- Indonesia, the Indonesian Council on World Affairs (ICWA) and the International Study Institute/FISIP of Syarif Hidayatullah UIN. The forum was attended by representatives of civil community organizations like academicians, MPs, non-governmental institutions and former diplomats of the two countries, and focused more on how to develop P-to-P cooperation in their second track diplomacy to strengthen G-to-G relations and cooperation. Nazaruddin, former Indonesian ambassador to Cambodia, said a commitment from Indonesia and Malaysia was necessary now that the chair is held by Indonesia. Giving an example in regional organizations in America (OAS) Spanish had been used for a long time besides English. And the ASEAN Inter Parliamentary Association (AIPA) has recently even accepted Malaysian/Indonesian language besides English as the official language or the organization. The members of ASEAN are Brunei Darussalam, Philippines, Indonesia, Cambodia, Laos, Malaysia, Myanmar, Singapore, Thailand and Vietnam, with a total population of close to 600 million. Indonesia gets a turn to chair ASEAN in 2011 and become host of the 18th ASEAN Summit in Jakarta in May 2011. In relation to the formation of the the ASEAN Community 2015, the forum suggested Indonesia and Malaysia to set aside their differences and prioritize their similarities in facing bilateral, regional and international issues. Islam and democracy, territorial claim, problems of Indonesian migrant workers, culture and media reports as well as interparliamentary relations between the two countries are other serious issues in talks in the forum. Those who spoke for Indonesia are Secretary of the Eminent Persons Group/EPG), Musni Umar Dean of FISIP UIN, Prof DR. Bahtiar Effendy member of the House commission I Muhammad Najib, former diplomat Ibrahim Yusuf from ICWA and Nazaruddin Nasution of the International Study Institute, and Jumhur Hidayat, chairman of the Indonesian TKI placement and protection agency (BNP2TKI). Nazaruddin said further that the forum has issued a recommendation: to strengthen relations between peoples through various ways, like parliaments, NGOs, academicians, students and the masses, besides the efforts of the Indonesian and Malaysian governments. It was also agreed to form of Parliamentary Caucus by the parliaments of the two countries, the formation of an Indonesia-Malaysia education foundation, and coordinate the handling of nontraditional issues, like human trafficking, terrorism and climate change. News Source: Kompas Posted on Good News From Indonesia by Muhammad Q Rusydan