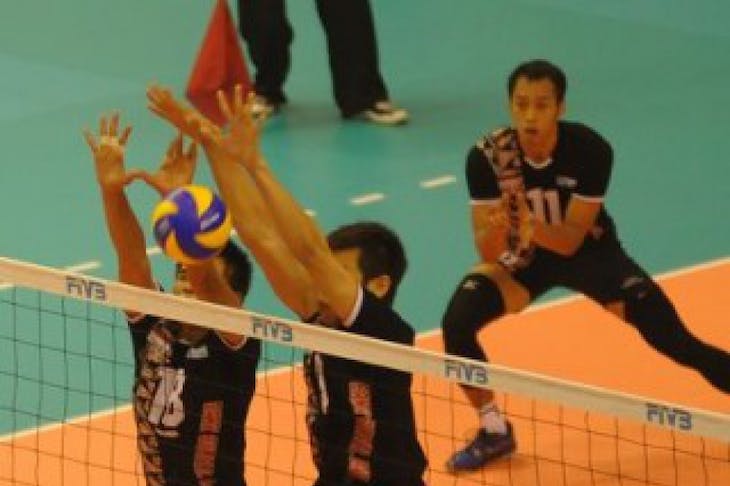 With the victory Indonesia would later meet Thailand represented by Chang Club to compete for a fifth rank in the final day of championship on Saturday.

In the next match Vietnam meanwhile would meet Qatar to compete for a fifth and eighth rank.

Before around 3,000 spectators at Palembang Sport and Convention Center the Indonesian team prepared for the coming Southeast Asian Games ended the first set 25-23.

In the second set again the match went on tightly and finished 25-24 for Indonesia.

Playing more confidently the Indonesian team trained by chief coach Li Qiujiang won the game with a wider margin of 25-16.

Assistant coach Dadang Sudrajat praised the performance of his players after the game which he said was very good.

He said Indonesia`s victory over Qatar was inseparable from reserve player Joni Sugiyanto who was fielded because of his experience playing against the Qataris.

"Joni was fielded because he knew the character of Qatari playing and that had contributed much to the victory," he said.