Everyone is Happy Here. You? 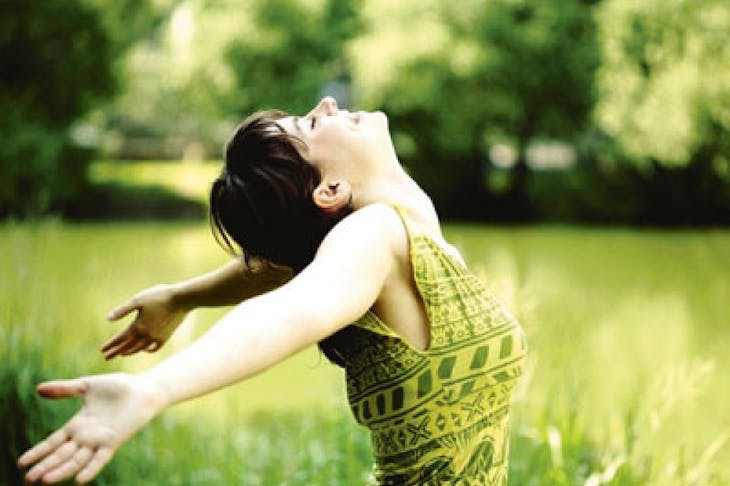 Everyone is Happy Here. You?

In a year when stocks around the world are getting cheaper, Indonesian shares are growing more expensive as surging profits lure Asia’s biggest investors.

The Jakarta Composite Index’s 11 percent advance this year lifted its valuation to 15 times estimated profit, the highest level among 45 benchmark stock gauges tracked by Bloomberg and a record 36 percent premium to the MSCI All-Country World Index. Price-earnings ratios fell in every other market, declining by an average 15 percent, data compiled by Bloomberg show. The index dropped 0.4 percent to 4,122.086 as of yesterday’s close.

Indonesia’s inflation has dropped for six months, the government says economic growth may accelerate to 7 percent next year and analysts forecast profits will rise at twice the pace of Brazil, Russia, India and China.

Indonesian stocks are “expensive for the right reason,” Khiem Do, the Hong Kong-based head of multi-asset strategy at Baring Asset Management, said by phone on Aug. 4. “It still has very healthy growth.” His firm oversees about $10 billion and has “overweight” holdings in Indonesia.

The $706 billion economy, the eighth-largest among emerging markets, has expanded twice as fast as global output since 2008 amid buoyant Chinese demand for energy exports and a boom in consumer spending that boosted earnings at companies from Jakarta-based PT Indofood Sukses Makmur to PT Gudang Garam, a Kediri-based cigarette maker.

Indonesia’s expanded 6.49 percent in the three months through June from a year earlier, the Central Bureau of Statistics said in Jakarta today. That compares with the revised 6.47 percent gain in the previous quarter.

Faster growth and lower inflation spurred Standard & Poor’s and Fitch Ratings to say this year they may give President Susilo Bambang Yudhoyono’s government an investment grade credit grade for the first time since the Asian financial crisis in 1997.

The Indonesian government forecast on July 5 that the economy may grow as much as 7 percent in 2012, up from a previous estimate of 6.9 percent. The economy probably grew at a 6.5 percent rate in the second quarter, according to the median estimate of economists surveyed by Bloomberg before the government’s scheduled report today. Indonesia expanded 6.1 percent last year, compared with 10.3 percent growth in China and 10.4 percent in India, International Monetary Fund data show.

Indonesia “is a secular growth story for years to come,” Timothy Teo, a Singapore-based money manager at Amundi, which oversees about $980 billion, wrote in a July 20 e-mail. “Interest rates are low by historical standards and that is driving consumption” for the country’s 245 million people, said Teo, who predicts stock valuations may climb to as high as 20 times earnings. Indonesia is Asia’s third-most populous nation after China and India.

Indonesian companies are taking out more loans to invest in the nation’s growth. Syndicated loans in Southeast Asia’s biggest nation total $8.5 billion since January, a 60 percent jump from the same period in 2010, according to data compiled by Bloomberg.

The Jakarta Composite index hit a record high of 4,193.44 on Aug. 1, as Indonesia’s stock market value climbed to $445 billion, according to data compiled by Bloomberg. The Shanghai Composite Index, the benchmark measure for China’s $3.8 trillion equity market, has declined 4.4 percent this year and is 56 percent below its October 2007 peak. The MSCI All-Country World Index has slipped 5 percent since the end of December, including an 8.9 percent tumble during the past week on concern the U.S. economy may fall back into recession.

Indonesia’s local currency bonds handed investors a gain of 11 percent this year, the best performance among 10 regional markets, according to indexes compiled by HSBC Holdings Plc. The rupiah has appreciated 5.8 percent in 2011, the second-best performance among Asia’s ten most-traded currencies.

The Indonesian stock benchmark’s price-earnings ratio has increased to 15 from 13.9 at the start of the year. Its 36 percent premium over the MSCI All-Country index compares with an average discount of 1 percent since January 2006, according to data compiled by Bloomberg. The Jakarta gauge traded this week at 3.3 times book value, or assets minus liabilities, the highest level worldwide and a record 92 percent more than the global index.

Profits at the 334 companies in the Jakarta gauge that posted second-quarter results so far climbed 32 percent, beating analysts’ forecasts by an average 4 percent, according to data compiled by Bloomberg. That compares with 24 percent profit growth in the MSCI BRIC Index of shares in Brazil, Russia, India and China, which was 3.6 percent below estimates.

Earnings in Indonesia may jump 28 percent in the next 12 months, more than double the 13 percent growth forecast for the MSCI BRIC index, more than 950 analysts’ forecasts show.

The government lifted its 2011 crude price estimate to $95 a barrel from $80 a barrel and raised its projected fuel subsidy to 129.7 trillion rupiah from about 96 trillion rupiah on July 22. Fuel and electricity subsidies represent about 14.7 percent of the total government budget, data compiled by Bloomberg show. Crude oil has climbed 16 percent this year to $110 a barrel in London as uprisings in North Africa cut output.

“Once you get a shock like inflation being higher than expected by a large amount, then all bets are off again,” Richardson said in an interview. “The market is not priced for any disappointment.”

Monetary policy in China may cut demand for Indonesian exports such as thermal coal and palm oil. The world’s second- biggest economy is Indonesia’s third-largest market after Japan and the European Union, according to the World Trade Organization.

“It probably makes sense to take some money off the table,” Binay Chandgothia, a Hong Kong-based fund manager at Principal Global Investors, which oversees more than $200 billion, said in a phone interview. “Valuations are a bit of a concern.”

Price-earnings ratios in Indonesia are still below their peak. The Jakarta gauge traded at 16.6 times 12-month profit estimates in November 2007 and reached 3.8 times book value in December 2007, data compiled by Bloomberg show.

“It is already expensive, but the potential for it to rise further is still there,” Ruben Sukatendel, who helps manage the equivalent of $459 million at PT BNI Securities in Jakarta, said in July 20 phone interview.

Growing local demand will provide a cushion against the global economic slowdown, said Terence Tan, a Singapore-based head of market specialists in Asia at RBS Coutts Bank Ltd. Domestic consumption accounts for about 56 percent of Indonesia’s economy and retail sales growth has averaged 17 percent this year.

More than sixty-six percent of Indonesians are between 15 and 64, and the working-age population may grow by about 20 percent over the next two decades, according to HSBC. The increasing labor force, along with wages about 66 percent below the level in China, may lure global manufacturers, the London- based bank wrote in a July 29 report.

“There is recognition that Indonesia has a sizeable domestic-driven market that should insulate it from some of the global macro concerns,” RBS’s Tan wrote in a July 20 e-mail.

The stock is trading at 15.3 times next year’s profit estimates after rallying 33 percent this year. That compares with 23 times for regional peers, according to data compiled by Bloomberg.

Investors are “focused on earnings growth,” said Matthews, the Singapore-based head of research for Asia at Bank Julius Baer, which manages about $205 billion. “Where else can you get this kind of growth without serious inflation?”

With assistance from Berni Moestafa and Suryani Omar in Jakarta, and Katrina Nicholas in Singapore. Editors: Phil Revzin, Darren Boey.

To contact the editor responsible for this story: Gavin Serkin at gserkin@bloomberg.net; Darren Boey at dboey@bloomberg.net.

Daftar komentar untuk artikel "Everyone is Happy Here. You?"