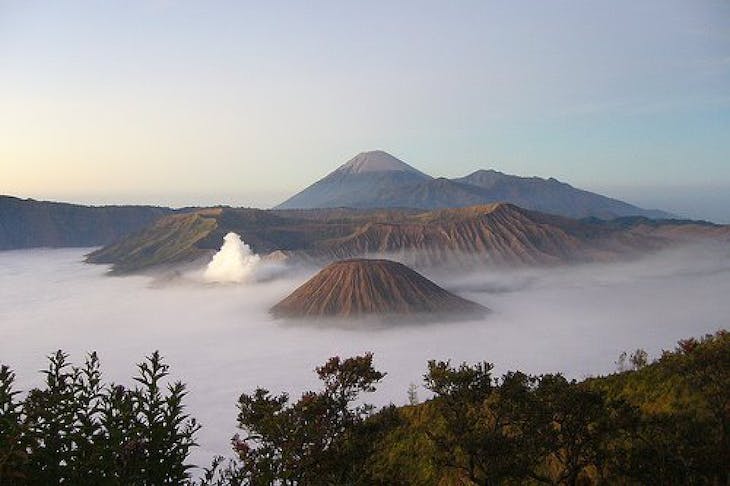 JAKARTA—Indonesia's economic expansion accelerated in the second quarter, beating analyst expectations as investment and export growth lifted the country's output. Analysts say the robust figures suggest full-year growth may exceed the government's target of 6.5% despite the fear of a possible global slowdown that has pummeled investor sentiment. Indonesia's gross domestic product grew 6.49% in the second quarter from a year earlier, accelerating slightly from 6.47% in the first quarter, the official Central Statistics Agency said Friday. The economy, Southeast Asia's largest, grew 2.9% from the previous quarter, almost doubling from the first quarter's 1.5% expansion. For the first half, economic output grew 6.5% from a year earlier, the agency said. The figures aren't seasonally adjusted. The second-quarter performance was slightly stronger than what analysts had been expecting: Economists polled by Dow Jones Newswires had given a median forecast of 6.47% on-year growth and 2.82% on-quarter expansion. "Things are still looking up for Indonesia, and we expect the economy to sustain its current pace of growth," OCBC economist Gundy Cahyadi said after the data release. He added that it is probable that full-year growth would exceed 6.5%. "Certainly, the strength of the global economy is a risk to reckon with, but the prevailing capacity seen in the domestic economy is likely to form the underlying support for growth prospect going into 2012," Mr. Cahyadi said, referring to the country's strong consumption power and investment projects. Mandiri Sekuritas economist Aldian Taloputra said his firm will raise its full-year growth forecast to 6.5% from 6.4%, citing continued strong investments and exports. The statistics agency's deputy chairman, Slamet Sutomo, was even more bullish, predicting growth of 6.7% this year compared with 6.1% in 2010. Economists said the robust growth would continue to attract investments, a key driver of the economy that according to the statistics agency accounted for 32% of GDP. Investments rose 9.2% from a year earlier during the April-June period, picking up from 7.3% in the previous quarter, the agency said. Funds have been flowing into Indonesia in recent years thanks to an improving political climate, as security concerns ebb and on government efforts to cut the red tape investors must face when opening businesses. Interest continues to be damped, however, by the country's chaotic infrastructure. Exports, the other sector that propelled the economy in the second quarter, climbed 17.4% from a year earlier, accelerating from 12.3% growth in the first quarter. Household consumption, the biggest component of the economy accounting for 54% of total output, grew a tad faster, rising 4.6% from a year earlier compared with 4.5% in the previous quarter. Government spending, meantime, grew 4.5% from a year earlier after having risen 3% in the January-March period. taken from wsj.com image source: indonesiamountain.blogspot.com