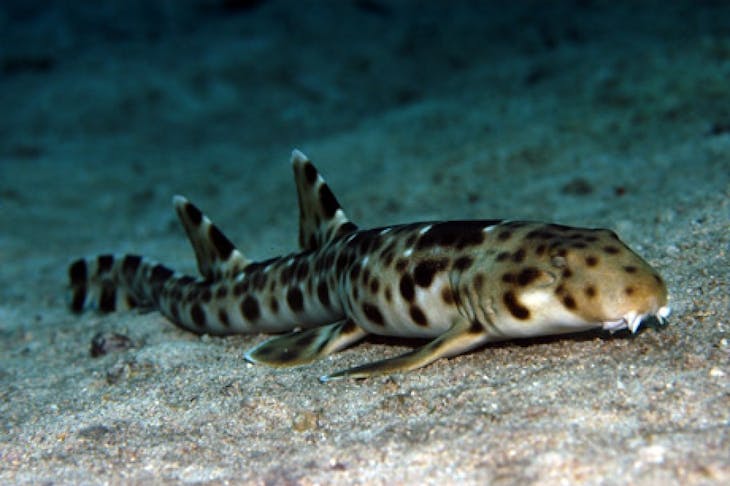 The article below was extracted and edited from National Geographic News. It was first published on 16 Sep 2006. Enjoy reading! More than 50 new species have been discovered off the coast of Indonesia, including small, slender-bodied sharks that "walk" with their fins along coral reefs, researchers announced. In addition to the two types of walking epaulette sharks, the researchers discovered 22 species of other fish, 20 species of hard corals, and 8 kinds of shrimp all believed new to science. The new species were found during two recent expeditions to the Bird's Head Seascape, a distinctive peninsula on the northwestern end of Indonesia's Papua province that is already renowned for its marine biodiversity. "It's an incredible place in both the number of species and the abundance of marine wildlife," said Roger McManus, senior director for global marine conservation at the Washington, D.C.-based nonprofit Conservation International, which led the expeditions. The Missouri-size region is home to more than 1,200 types of reef fishes and nearly 600 species of hard corals. Whales, sea turtles, crocodiles, giant clams, manta rays, and dugongs also ply the peninsula's waters. "We knew this was an area important for marine diversity," said Sebastian Troeng, director of regional marine programs for Conservation International. "We hadn't expected that over 50 new species would be found in those two surveys. It is quite amazing."

The two new shark species are particularly exciting, Troeng says. The sharks are about 3 to 4 feet (1 to 1.2 meters) long and walk along the shallow reef flats on their fins, preying on shrimp, crabs, snails, and small fish. "If they get spooked they can swim away, but the thing that stands out is their walking over the bottom," Troeng said. Biologists studying these sharks suggest they could serve as models for the first animals that moved from marine environments onto land, he adds. McManus is fascinated by the mantis shrimp, which look and behave like praying mantises, insects whose arms flick out to catch their prey. Scientists have clocked the shrimps' arms moving at 23 miles (37 kilometers) a second as they snare small fish and other reef critters. The speed and force has broken aquarium glass. "That's a lot of power, by the way," McManus said. "These guys are the terrorists of the coral reef ... They are really powerful, dangerous animals." Among the new fish species are several types of "flasher" wrasses, named for the brilliant pink, yellow, blue, and green colors males display to entice females to mate. All the new species were discovered in less than six weeks, which McManus says is a remarkable feat. That many are sizable creatures like fish is even more impressive. "Fish are not unknown groups," he said. "To find so many really says something about the uniqueness of this place." Isolated Trove Low human population density and surrounding deep and cold waters keep the peninsula isolated and protected, which likely helps explain the rich biodiversity, McManus says. However, the region faces an increasing threat from the use of dynamite and cyanide to catch fish, as well as from pollution from nearby mining and logging operations. McManus says the region's local government recently approached Conservation International for help in developing a program to protect the region's rich marine diversity. "This is a wonderful resource for the people of the region and far into the future, if taken care of, will continue to generate resources for them," he said.