Europe on Screen Opens Its Doors in Jakarta 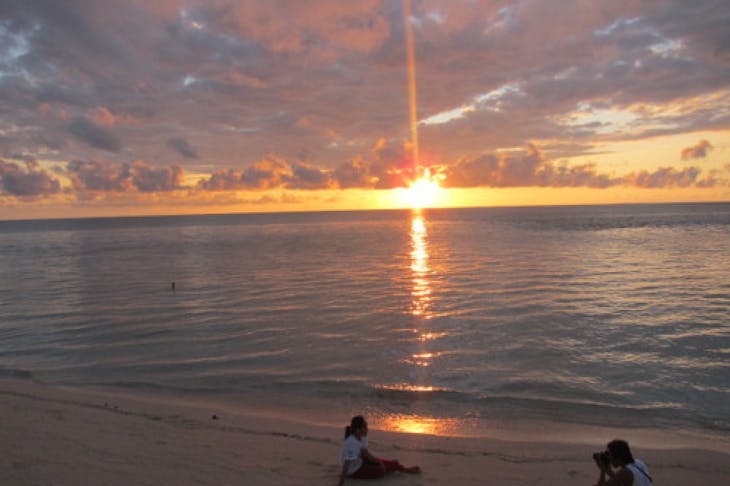 Europe on Screen Opens Its Doors in Jakarta

(The Jakarta Globe): Twenty years of European culture comes to the big screen in Indonesia with the annual film festival, Europe on Screen, now in its fifth year. The festival kicked off in Yogyakarta on Friday and will run for one month in seven cities. Showcasing 24 feature-length films and one short produced in the span of two decades from 21 European countries, the film festival focuses on the theme “Old and Young Europe,” reflecting the cultural coexistence of youthful dynamism and long-standing traditions in Europe. “Whatever area of cultural life you take, Europe has both old and new to offer in a dynamic mix,” said Julian Wilson, the head of the European Union delegation in Indonesia. This year’s festival sees a sharp decrease in the number of films presented, compared to last year’s 40-plus movies. “We decided to reduce the number of films screened this year in order to improve the quality of the festival. Therefore, we chose only the best film from each country, although there are a few countries that will present two films,” said Lulu Ratna, the Europe on Screen director and spokeswoman. “With the number of films reduced, we realize that will affect the number of people coming to the festival. There will probably be around 6,000 people attending.” Among the films featured in “Europe on Screen” are “Stationspiraten” (“Bold Heroes”) from Switzerland, “Balad Pro Banditu” (“Ballad for a Bandit”) from the Czech Republic and “Mommo” (“Mommo the Bogeyman”) from Turkey. All films screened at the festival will be divided into sections or categories: Against the Odds, Crime and Misdemeanor, Family Affairs, Songs of Survival and Sprinkles of Laughter. In the Against the Odds category, “Stationspiraten” is a must-see film that has been one of the most successful movies out of Switzerland in recent years. The 2010 production was nominated for best movie in the Swiss Film Prize Quartz in Luzern, where Scherwin Amini won in the Best Actor category. Directed by Michael Schaere, “Stationspiraten” tells the story of five teenagers with cancer in a hospital ward. But the group finds happiness in each other’s company and manages to cope with uncertain lives. Another highlight of the Festival is “Reminiscing Beatles Night,” a musical presentation by the band The Banery, which will be sponsored by the British Council. The show will follow the screening of “Nowhere Boy,” depicting the journey of music legend John Lennon through his early career. “Reminiscing Beatles Night” will play at Erasmus Huis, Jakarta, on Nov. 9. Collaborating with the Jakarta Arts Council this year, Europe on Screen held a short-film competition to showcase works from Indonesia. The festival received some 69 entries from 19 cities across the country. The best nine films were short-listed and will be screened in a program called “EoS Short Film Competition Finalists 2011.” Admission is free for all screenings. Tickets can be picked up 45 minutes before the show. For more information: www.europeonscreen.org Facebook: Europe on Screen | Festival Film Eropa Twitter: @europeonscreen Venues in Jakarta: 1. Erasmus Huis (320 seats) Jl. H.R. Rasuna Said Kav. S-3,South Jakarta. Tel. 021 524 1069 2. GoetheHaus (301 seats) Jl. Sam Ratulangi 9-15,Central Jakarta Tel. 021 2355 0208 3. IFI Jakarta/CCF (47 seats) Jl. Salemba Raya 25,Central Jakarta Tel. 021 390 8585 4. Istituto Italiano Di Cultura (100 seats) Jl. H.O.S. Cokroaminoto 117, Menteng, Central Jakarta Tel. 021 392 7531 5. Kineforum Jakarta (45 seats) Taman Ismail Marzuki (behind Galeri Cipta 3) Jl. Cikini Raya 73,Central Jakarta Tel. 021 316 2780 6. Epicentrum XXI, Studio 1 (502 seats) Epicentrum Walk Ground Floor Jl. H.R. Rasuna Said, South Jakarta Tel. 021 2994 1300