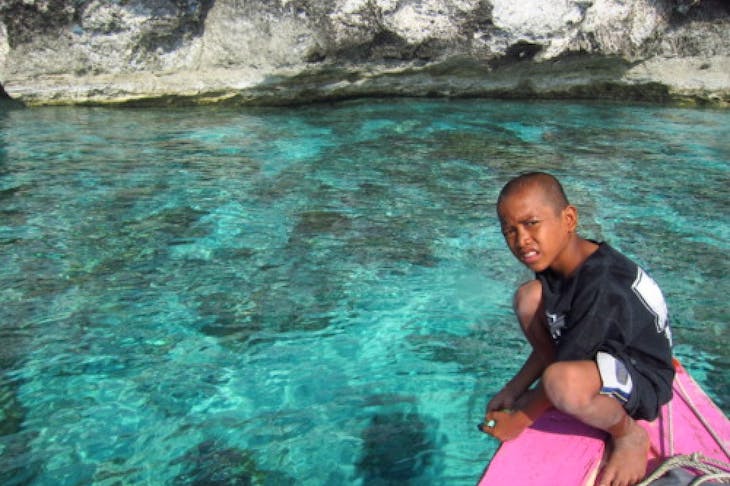 Last Friday in Jakarta was particularly ugly. There was rain, lightning, thunder and traffic, lots of traffic. But that didn’t stop fans from leaving the comfort of offices, homes, schools and malls and descending on the Tennis Indoor Stadium in Senayan for a concert by Owl City, an electronica act visiting all the way from Minnesota in the United States. The act’s determined fans were rewarded with a warm welcome from frontman Adam Young as he came on stage: “I never imagined that I could be somewhere so far away from home, but feel just as comfortable as at home, being greeted so warmly by you all. I’m crazy about you, Jakarta.” Owl City released its third full-length studio album earlier this year and is currently promoting the album with the “All Things Bright and Beautiful” world tour. The electro outfit previously captured Indonesia’s heart in 2009 with the hit single “Fireflies,” from its second album, “Ocean Eyes.” Young started Owl City as a solo project after he began experimenting with tunes in his parents’ basement in 2007. It has since developed from a solo independent act featured on MySpace and YouTube to an internationally successful band signed to a major label, with several hit singles under its belt. When JAVA Musikindo, one of Indonesia’s biggest music promoters and concert organizers, announced that Owl City was coming to Indonesia, it didn’t take long for the tickets to sell out. The expectant crowd on Friday cheered as American musician Breanne Duren, the opening act for Owl City, took the stage for a short set. Although Duren is a relative unknown among Indonesian fans, with only a handful in the crowd singing along to her songs, the singer has collaborated with Owl City on several occasions, and the rest of the crowd managed to tune in quickly to her solo set. When the clock struck 9 p.m. — a full two hours after the advertised starting time of 7 p.m. — a peculiar sound indicated that the moment everyone had been waiting for had finally arrived. The members of Owl City came out one by one. Young was the last to appear on stage and immediately took his place behind the drum kit. Backed by three other band members, Young began the show with a two-minute-long jam session, which eventually transitioned into “The Real World,” the opening song of the night, taken from the new album. There were no elaborate stage set. A blown-up cover of “All Things Bright and Beautiful” served as the backdrop, featuring a flock of birds flying over a dreamy country landscape. However, the lighting effects made the band’s performance all the more spectacular. Owl City played no fewer than 21 songs, with half coming from the latest album and the rest a mix from its previous albums, including favorites such as “Hello Seattle,” “Angels,” “I’ll Meet You There” and “Meteor Shower.” But the crowd made the most noise when Owl City launched into “Fireflies” and “Alligator Sky.” One of the very cool things about the show was the way Owl City improvised during the introductions to most of the songs, leaving the crowd wondering and guessing what song they were going to play next. And the band members showed off their musicianship by blending one song into another, even performing a medley of three songs. The only downside to an otherwise truly enjoyable show was that Owl City failed to perform one of its biggest hits, “Vanilla Twilight.” It was too bad because it was obvious that the fans were waiting for the song. The night ended with the radio-friendly “If My Heart Was a House,” after which Owl City flew off into the night. News source: The Jakarta Globe