Barry Kusuma: Indonesia has a Good Potential to be the World Tourism Destination 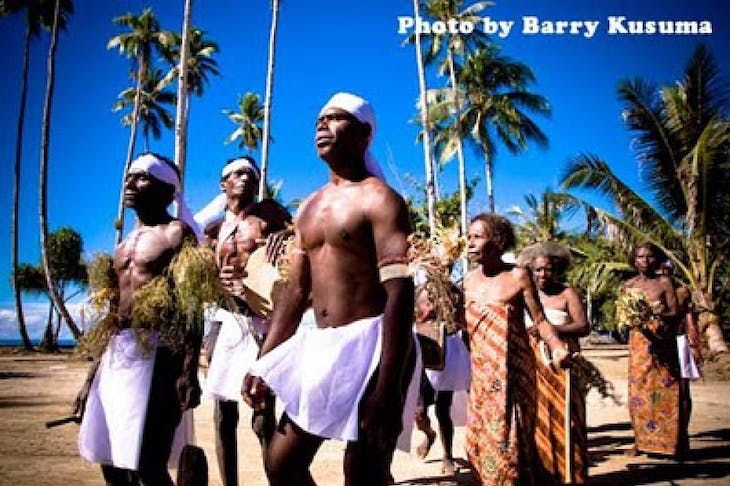 Barry Kusuma: Indonesia has a Good Potential to be the World Tourism Destination

Barry Kusuma is one of the travelling photographers in Indonesia. He likes to travel around Indonesia and captures every new place that he visits. Barry does not have any educational background about tourism, but he started his career from his hobby. When he was at the university he liked to travel as a backpacker. Before he travels around Indonesia, he travelled to South-East Asia first, but one day, when he visited a country which has famous beach, he met a local citizen who asked whether he is Indonesian or not, when Barry said yes, that local citizen asked him if Indonesia has more beautiful beaches why he comes to visit the beach in that country. Barry only answered his question with a smile. Since that time, Barry started to travel around Indonesia. At first, he only went to travel but one day he thought that he has to capture pictures in the new places. He uploads the pictures and also writes his journey in his blog, www.barrykusuma.com. Beside that, Barry also likes to share the ‘live’ pictures through his twitter account, @barrykusuma, when he is visiting new places. Barry said he is satisfied when he gets any positive feedbacks about the pictures. Through the pictures, he promotes the Indonesian tourism and can persuade people to come to the place that he has visited. Not only sharing pictures, Barry also likes to give travelling tips on his twitter, one of the tips that he gave was about visiting a new place when there is a festival, so that we can feel the different atmosphere in a new place, see the culture, meet the local people, and taste the traditional food. According to Barry, the most beautiful place to visit in Indonesia is Raja Ampat, it has virgin islands, beaches, and also the most beautiful sea to dive. After visiting Raja Ampat for the first time, Barry becomes enthusiastic to explore more of beautiful places in Indonesia. Now, he has visited almost 90% of Indonesia and he said that there is no ending for Indonesian tourism because there will always be a new place that has to visit which makes Indonesia as a good potential to be the world tourism destination. Life is about a choice and Barry has already chosen his way to enjoy his life as a travelling photographer. Written for Good News From Indonesia by Aditha Gloria