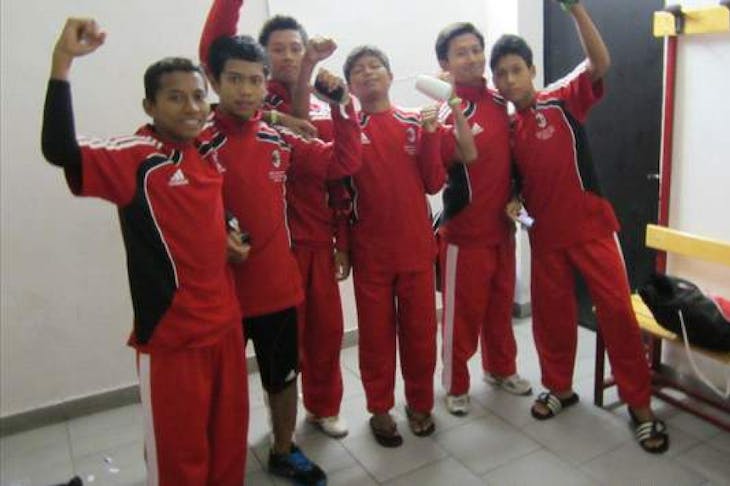 Indonesia All-Star Team (IAST) aged 13-15 years to prove they are really worth for winning the  Intesa Sanpaolo Cup 2011, after the successful exhibition match 3-2 win over AC Milan Academy. The match kick-off at 17:30 local time, Monday, at the Centro Sportivo Pozzo took place with a fast tempo and exciting from the beginning whistle sounded. Both teams competed with the format of 2 x 40 minutes, in contrast with Intesa Sanpaolo Cup game that plays 25 minutes per round. AC Milan Academy consists of players aged 14-15 years, and on average have a higher stature than the children of Indonesia. The victory achieved by this second generation of IAST  become a better performance than last year. Last year, the first generation that won the Cup in 2010 Intesa Sanpaolo should recognize the benefits of Milan Academy to score five goals without reply. This victory was greeted by the players and spectators. There is a possibility the children of this second generation IAST called by President Susilo Bambang Yudhoyono to the State Palace. According to plan, tomorrow afternoon IAST will play football in front of the cathedral in downtown Milan, the Duomo, before traveling to Malpensa Airport at 14:30. The group will transit in Dubai with Emirates plane before arriving at Soekarno-Hatta Airport on Wednesday afternoon. News source: Goal.com