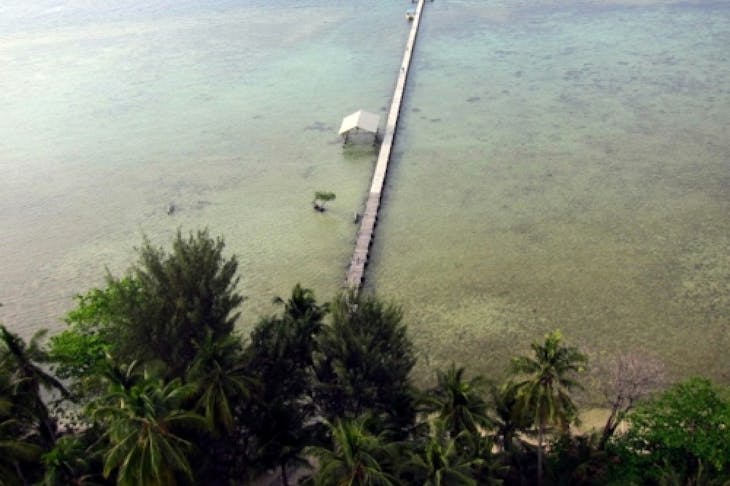 Hello there! This is Biawak island's view from top. Beautiful isn't it? The water is so clean so we can see the bottom. Biawak island is located 40 km from Indramayu's north beach, West Java. There are two other names to call this island, that is Rakit island and Menyawak island. There is also a name from Dutch colonial, that is Bompyis island.  Do not ask why the island is called like that, but i do know why it called as Biawak island. Because this island is the habitat of biawak (Varanus salvator).  They live in the swamps and mangrove bushes that the existence is dominate the mainlad. Biawak in the island is a wild animal, but they will not attack human if they were undisturbed.  Some of them are not immediately run away if approach by humans, maybe they were used to approached by us, human, so they are not afraid anymore. You can reach Biawak island from Kampung Rambutan bus station, Pulo Gadung or Jati Bening. It is about 4-5 hours from Jakarta to Celeng, Indramayu.  Then continue with public transportation from Celeng to Berondong village, and take a small ship to Biawak island. Regards Mad Check my blog travel Mad Alkatiri for more cool places and follow me @madalkatiri