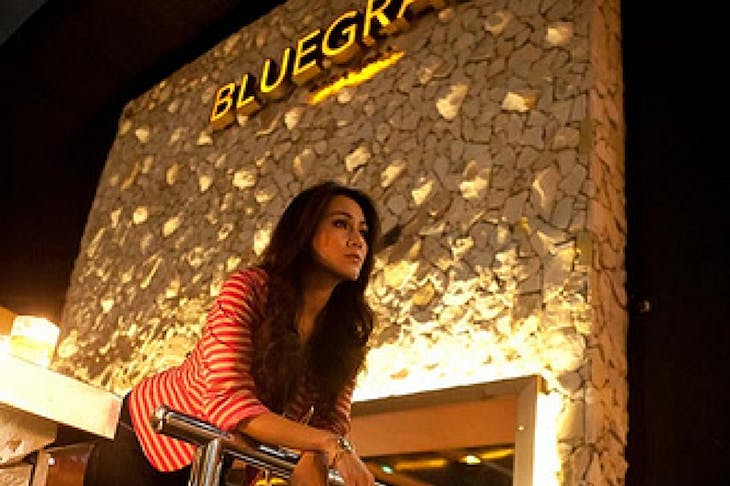 Her lovely appearance assuredly attracts the public eyes' attention. Though, Sierra Soetedjo also has bright quality of voice and excellent portfolio that deserve recognition. This friendly lady surely brings a special nuance to the Indonesia’s jazz field. Yes, Sierra is really something!

It was such a precious moment when jazzuality.com given a great opportunity to meet up and talk to Sierra Soetedjo, a new young and gifted singer of jazz. Taking place at Bluegrass Bar & Grill, she’s sitting at an outdoor with her glam yet stylish look, and excitedly receiving the jazzuality.com team’s turn-out.

Sierra is actually not that new at all, as she’s been already taking part in several music moments. The huge passion in music then propelled her to take Bachelor Degree of Music, in Jazz Performance, at Edith Cowan University, Australia. It’s no wonder why she always comes up with her ace quality of performance in every stage show, where her musical knowledge has been formed well in university. Besides, this Jakarta born lady admits, she’s initially in love with music since childhood. “From that moment I became more realized that music is my energy!” She recalls.

Having graduated from the university in 2007, Sierra decided to get back in Indonesia a year later for good. However, her affection in music was still poured through many local’s off-air events. Until in 2009, she was called by someone from a production house that asked her willingness to make a buzz at the Java Jazz Festival! “I was totally amazed and honored given a chance to highlight the festival. It’s Java Jazz and it’s not an ordinary music event but exceptional!” Sierra says enthusiastically.

The jazz moment itself seemed become a golden first step that bridge her to be able to collaborate with some of great jazz musicians like Idang Rasjidi, Ireng Maulana, and Bubi Chen. In 2008, Sierra’s sweet voice even captivated Tompi, and she was trusted to play an important role thereafter on a duet project in a song called ‘Love Letter’. Afterwards, this Cancer Lady expanded her music skill by having a shot at numerous local jazz galas like Jak Jazz 2008, Jimbaran Jazz Semarang 2009, New Friday Jazz Night 2010, Jazz Seduction with Balawan, Ngayogjazz 2011 in Yogyakarta, Jazz Traffic Festival in Surabaya and also had splendid performance with KLa Project. All the great experiences finally drove her to cook up an album titled The Only One. “Taking on genre of jazz, I mostly include the sense of bossanova here. All is recycled songs, but this is such a very easy listening album which is worth to listen,” She tells with smile. 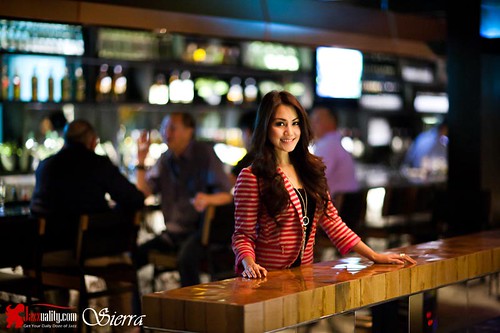 When it comes to singing and making the music, Sierra acknowledges that some of international names have enlightened her vocal character. “I’ve learnt a lot from brilliant musicians like Ella Fitzgerald, Diana Krall, Esperanza Spalding, Alicia Keys, Mariah Carey, and Beyonce Knowles. While, in order to shape up my stage action, Michael Bublé becomes my inspiration,” She explains.

In love with Jazz

The story of her flare-up in jazz actually was begun during in college. As she loved every kind of music including R&B beforehand, Sierra started delight with the genre due to the academic reason. “It was a like a university’s path where I must pick one type of music which I love the most. For some reason, I chose jazz then, and evidently I was in love with that!” For Sierra, jazz is such a genre that gives her freedom of expression. This fashionable lady also adds, this music burst her into creativeness by the time she comes up with the melody-improvisation. Undoubtedly, Sierra is sure that this music branch is her comfort zone presently.

Her devotion to Jazz is not only spilled through an album, but also in several music shows. Luckily, a fortune-goddess brought her to come together on stage with a veteran Indonesian pianist, Bubi Chen. Considering that he’s kind of a great yet expert musician, Bubi is surely craving for working with those who have brilliant music skill in jazz, and he doesn’t mind to opt for Sierra. “Playacting together with Bubi Chen is somehow really fantastic; therefore, I always try to give my best skill.” Apparently, Sierra’s distinctive vocal character calls up Bubi Chen to give a special nickname according to her exceptional scatting skill. “He dubbed me as a scatting song bird. There’s nothing I can feel but honored!” Sierra says passionately.

Hence, it’s reasonably why Sierra includes the sense of bossanova, latin, and a little touch of pop in her first album. More than just her frenzy to the catchy yet sweet beat, she assumes, the rhythms are quite simple to understand as well as easy to listen up. “So, I really hope that my first album would get positive response from the jazz buffs,” This Michael Bublé’s big fan says.

When the fashion meets business

Aside from her passion in music, Sierra also has big fascination in fashion. One of the world’s fashion icons, Victoria Beckham, really inspires her glamorous look. For Sierra, Victoria has exceptional sense of style that’s able to actualize. “Even if she comes out with simple outfit, her performance is always elegant, sophisticated, and dazzling! She’s one of my role model in fashion!”

In it, this charming lady loves to emphasize her feminine side in order to flaunt her charisma. After all, Sierra acknowledges, she’s been really into fashion even before she came into entertainment spotlight as now. “I’ve never intended to wear random outfit. For me, a woman should be able to act out neatly and attractive.” 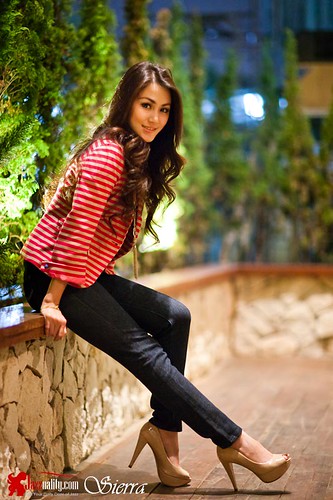 When she’s not singing or updating her fashion style, Sierra spends her spare time with mates at her own restaurant which was recently just released. Together with some of good friends, Sierra whips out The Bluegrass: Bar and Grill, a pleasing bar which combines American and Indonesian style in between. “I love any kind of foods either from international or local. So, that’s the reason why I forge this one.” With the unique concept, sumptuous design, and cozy ambience, Sierra believes that Bluegrass: Bar & Grill is such a right place for those who want to get relaxed, or even just craving for meeting up with friends while enjoying its signature delicious food and beverages.

Consequently, Sierra is a right picture of a lady with million talents. She really knows how to realize her goals and dream. She sings gracefully, sweet on fashion, and gets into the business world. A very complete one! All in all, Sierra is more than just ‘something’; she also gives a new hope, new atmosphere, and new color, particularly to the Indonesia’s jazz matters.