The Leopard 2A6 on Indonesian Soil 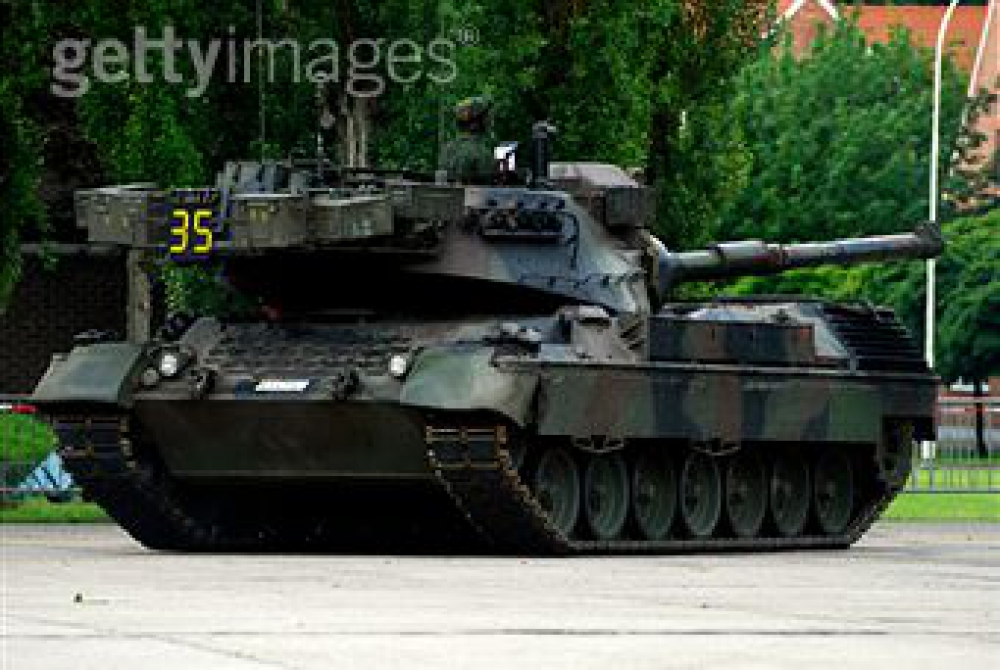 The Leopard 2A6 on Indonesian Soil

According to Indonesian media reports, the Minister of Defence of Indonesia, Purnomo Yusgiantoro, recently confirmed plans to purchase military equipment from various European countries. The minister, in particular, highlighted the government’s intent to buy Leopard 2 main battle tanks from the German Army, as well as Apache attack helicopters.

The reports emphasise that Indonesia is taking advantage of the difficult budget situation faced by European armed forces, seeking to purchase surplus equipment at favourable prices. This may include weapons systems from France, the Netherlands, Germany, Italy and Spain.

Although the Defence Minister did not confirm a specific amount allocated to the government’s procurement plans, the Indonesian Chief of Staff of the Army, Gen. Pramono Edy Wibowo, announced in mid-November that the Army would receive more than IRP 14 trillion (approx. $15.3 billion; €11.6 billion) over the next three years.

In light of Indonesia’s efforts to modernise the inventory of its Armed Forces, Pramono told the Jakarta Post that “the President has decided, after four Cabinet meetings, that the Army should receive priority.” As the Defence Minister recently explained, the Ministry is currently waiting for wish lists from the country’s Army, Navy and Air Force.

The final budget to be allocated for weapons purchases will depend upon the equipment required by the individual branches, according to Purnomo. However, the Defence Minister emphasised that it would not exceed the targeted budget.

As the Jakarta Post reported, the Army already has a very precise idea of its procurement priorities: Pramono said that, among other planned purchases, the Army is particularly interested in buying 100 Leopard 2A6 main battle tanks from the German Army for some $280 million, along with eight Apache helicopters valued at $25 million. As the head of the Indonesian Army confirmed, these purchases are expected to be complete by 2014.

At present, in terms of heavy armoured vehicles, the Indonesian Army relies on its large fleet of ageing French-built AMX-13 light tanks and a significantly smaller fleet of FV101 Scorpion armoured reconnaissance vehicles. To protect its vast territory,[1] in particular on its main islands Java, Sumatra, Borneo (shared with Brunei and Malaysia), and New Guinea (shared with Papua New Guinea), the Army needs to modernise its inventory.

The Leopard 2A6 has been in service with the German Army since March 2001, after upgrading existing Leopard 2 tanks of the A5 and A4 configuration. As yet, Singapore is the only Asian operator of the Leopard 2. In mid 2007, Indonesia’s neighbour introduced 102 German-surplus Leopard 2A4s into its service.

Despite Indonesia’s ambitious purchase plans and the German Armed Forces’ challenging budget situation, the deal could be overshadowed by German domestic political issues. Under the influence of the so-called Arab Spring uprisings in Northern African and Middle East countries, German politicians were entangled in July 2011 in a heated debate on arms export regulations, when the news of a major deal with Saudi Arabia for the purchase of 200 Krauss-Maffei Wegmann-built Leopard 2A7+ tanks emerged.

Although it might be an entirely different case, the announcement of a possible export of Leopard 2 tanks to Indonesia could come just a little too early after that debate, and future negotiations could be accompanied by political clamour in Germany.

However, considering the German Defence Ministry’s plans to fundamentally restructure its Armed Forces (Bundeswehr), which will require significant investment, and the Army’s long-standing experience in transferring surplus tanks to foreign partners, a possible agreement between Berlin and Jakarta is not likely to encounter any serious obstacles.