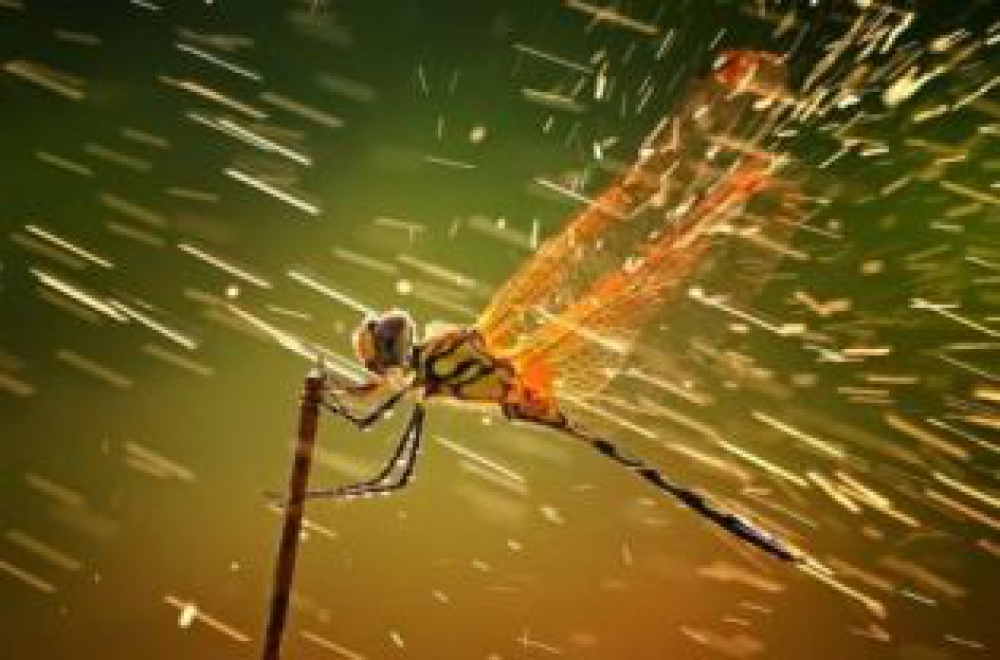 Indonesian photographer Shikhei Goh has won the prestigious 2011 National Geographic Photography Contest with a spectacular image of a dragonfly in the rain in Riau. According to reports, Goh will receive $10,000 and have his winning image published in the international edition of National Geographic magazine. Goh, who won the grand prize as well as nature categories, beat out more than 20,000 other photographs submitted by amateur and professional photographers from more than 130 countries. In a photo caption credited to Goh, the Indonesian wrote that he was out taking photographs of insects, “as I normally did during macro photo hunting.” “I wasn’t actually aware of this dragonfly since I was occupied with other objects. When I was about to take a picture of it, it suddenly rained, but the lighting was just superb. I decided to take the shot regardless of the rain. The result caused me to be overjoyed, and I hope it pleases viewers.” Tim Laman, one of three National Geographic magazine photographers who judged the contest, described the photograph to nationalgeographic.com as a “very striking macrophotography image that rose to the top of the nature category for me because of its originality, beautiful light, rare action in a close-up image, as well as its technical perfection.”

Taken from: The Jakarta Globe

Yes, They Can: Indonesian Women Awarded for Community Contributions